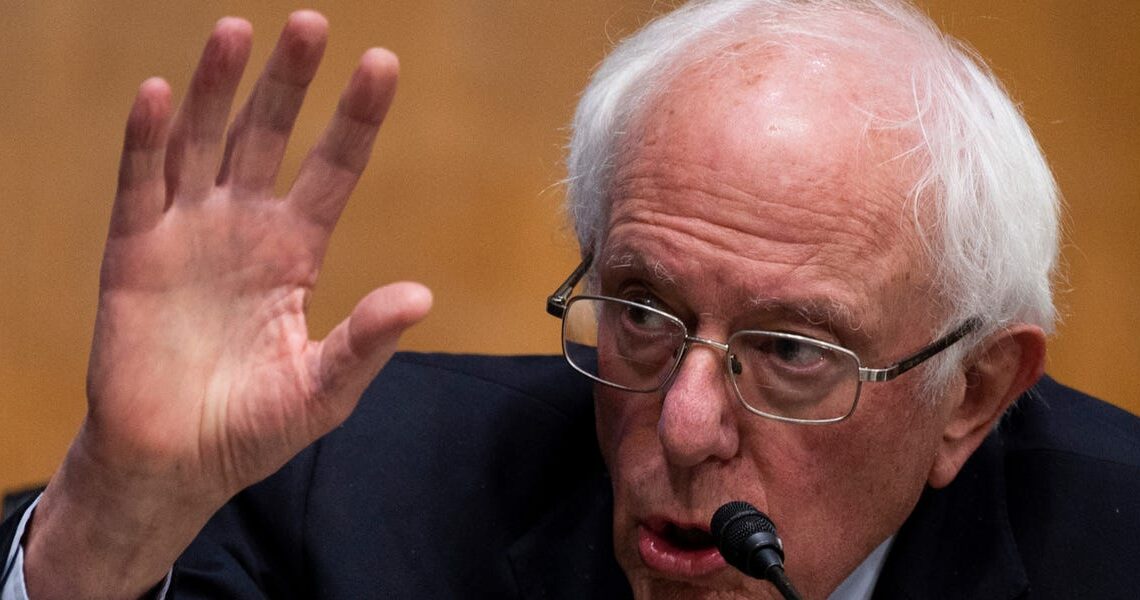 Sen. Bernie Sanders of Vermont on Saturday criticized Democrats who are seeking to lower the income eligibility for the next round of COVID-19 relief stimulus checks.

Sanders, the newly-minted Independent chairman of the powerful Senate Budget Committee who caucuses with the Democrats, said it was “unbelievable” that some in the party “want to lower the income eligibility for direct payments from $75,000 to $50,000 for individuals, and $150,000 to $100,000 for couples.”

The Democratic-controlled Senate and House both moved last week to start the reconciliation process for President Joe Biden’s $1.9 trillion relief package, which was originally envisioned to provide $1,400 direct payments under the previous income thresholds — $75,000 for individuals and $150,000 for couples.

On February 1, A group of 10 Republicans led by GOP Sen. Susan Collins of Maine unveiled a smaller $618 billion stimulus plan that would target checks to lower-income households and reduce direct payments to $1,000.

Sanders was incredulous at the prospect that people who received checks under former President Donald Trump would be excluded from direct payments in Biden’s plan.

“In other words, working class people who got checks from Trump would not get them from Biden,” Sanders tweeted. “Brilliant!”

In a separate tweet, Sanders reiterated his opposition to modifying the income eligibility requirements.

Over the past week, senators have toyed with the idea of adjusting the income thresholds for direct payments as concerns have been raised that high earners did not need additional checks.

On February 2, The Washington Post released a report that several Democrats discussed the idea of initiating a phase-out for checks for individuals who earned above $50,000, $75,000 for taxpayers who are heads of households, and $100,000 for married couples.

Democratic Sen. Joe Manchin of West Virginia has been a leading voice in questioning the need for direct payments for higher-income families and feels that those most affected by the economic fallout of the pandemic should be targeted.

“I don’t think a single person on this floor would disagree to target the relief to our neighbors who are struggling to pay rent and put food on the table,” Manchin said last week.

Democratic Rep. Alexandria Ocasio-Cortez of New York retweeted the message from Sanders and added her own words of support.

“It would be outrageous if we ran on giving more relief and ended up doing the opposite,” she wrote. “It’s sad that this is even an argument in the Dem party. COVID relief is disaster relief, & it’s urgent. Our first act out of the gate should be big, bold, and strong. Not weaker & smaller.”

Car Brands With the Best and Worst Buyer Experience
Technology