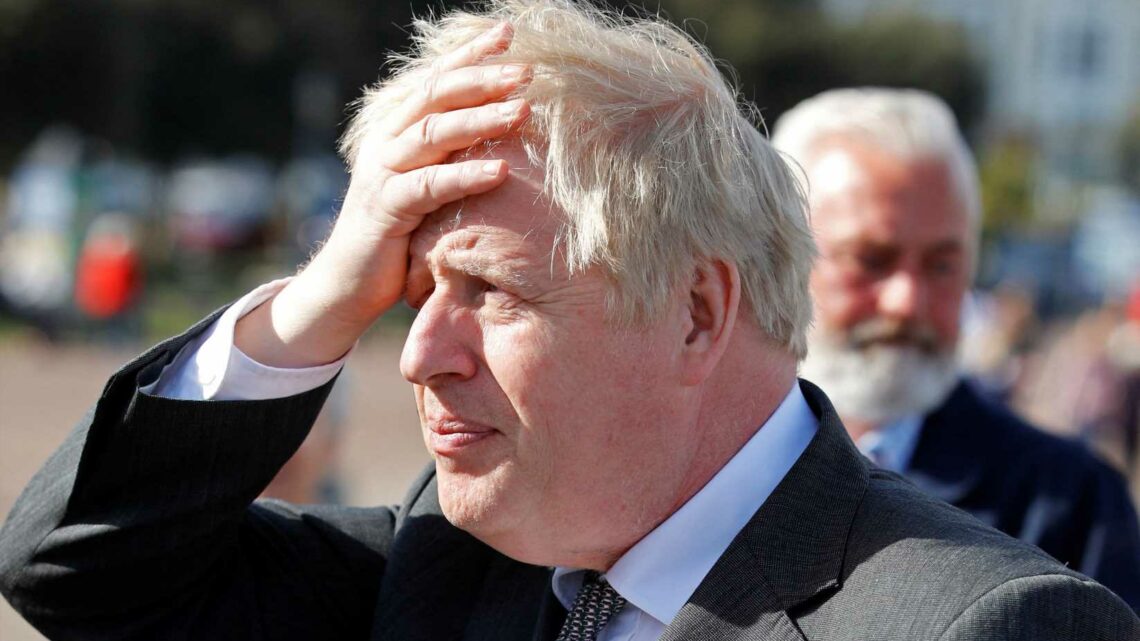 British Prime Minister Boris Johnson is facing mounting controversy this week over comments he allegedly made last year during the height of the country's coronavirus pandemic.

News headlines in the U.K. are dominated by reports that Johnson allegedly told aides in Downing Street that he would rather see the "bodies pile high in their thousands" than approve a third national lockdown.

Johnson and Downing Street have vehemently denied that he used the phrase. On Monday, Johnson described the reports as "absolute rubbish," and when asked whether he had made the remark, told reporters: "No, but again, I think the important thing … that people want us to get on and do as a government is to make sure that the lockdowns work, and they have."

The alleged comments, first reported by the Daily Mail Sunday citing anonymous Conservative Party sources, were reportedly said by the prime minister in mid-October after he had reluctantly agreed to a second lockdown that the country began in November.

The paper claimed the prime minister, frustrated over having to impose a second round of restrictions on public life and the economy, told aides: "No more —-ing lockdowns — let the bodies pile high in their thousands!"

The BBC and ITV both backed the story Monday, saying unnamed sources had also confirmed to them that the comments were made.

The alleged comments have provoked a frenzy among the British tabloid media, and hurt among the families of Covid victims after a difficult year for the country.

The U.K. has been badly hit by the pandemic; to date, it has recorded over 4.2 million cases and over 127,000 deaths. Still, its efficient vaccination rollout has enabled it to dramatically reduce the number of Covid cases, hospitalizations and deaths.

The reports come at a bad time for the prime minister, amid a flurry of stories that have put his conduct and integrity under the microscope. In the last week there have been questions over the source of funding for the refurbishment of Johnson's residence, Downing Street leaks to the press and contact between high-ranking officials and business leaders.

Much of the scrutiny comes after a series of damaging allegations were made by Johnson's former chief aide Dominic Cummings last week, which also increased speculation over power struggles in Downing Street last year.

The BBC reported that Johnson will chair a cabinet meeting Tuesday as he attempts to deflect attention from the growing furor. A Downing Street spokesperson told CNBC Tuesday: "The government is totally focused on delivering the people's priorities as we continue our vaccination programme and recover from coronavirus, creating new jobs and building back better."

On the refurbishment of Johnson's residence at Downing Street, No.10 said the "costs of wider refurbishment in this year have been met by the Prime Minister personally."

'Boris on the ropes'

British newspapers, and the political opposition, are unlikely to let the PM off the hook so readily, however.

The Daily Mail — a right-leaning newspaper that has previously supported Boris Johnson — headlined its paper with "Boris on the ropes" on Tuesday, while the Metro paper led its front page with the phrase: "PM tainted by sleaze, say voters," citing a poll that showed half of those polled believed there was a "culture of sleaze" in government.

The headlines came after Shadow Cabinet Office Minister Rachel Reeves said, "we're seeing the pipes burst with the sewage of allegations" against the government. She also described Johnson's alleged comments, which have been taken to suggest that he would have rather allowed thousands of deaths rather than another lockdown, as "stomach churning."

Further reports emerged on Tuesday, however, with The Times newspaper saying it had been "repeatedly told" — although it did not name sources — that Johnson had said last September that he would rather let the coronavirus "rip" than impose a second lockdown because of the economic harm further restrictions would cause.