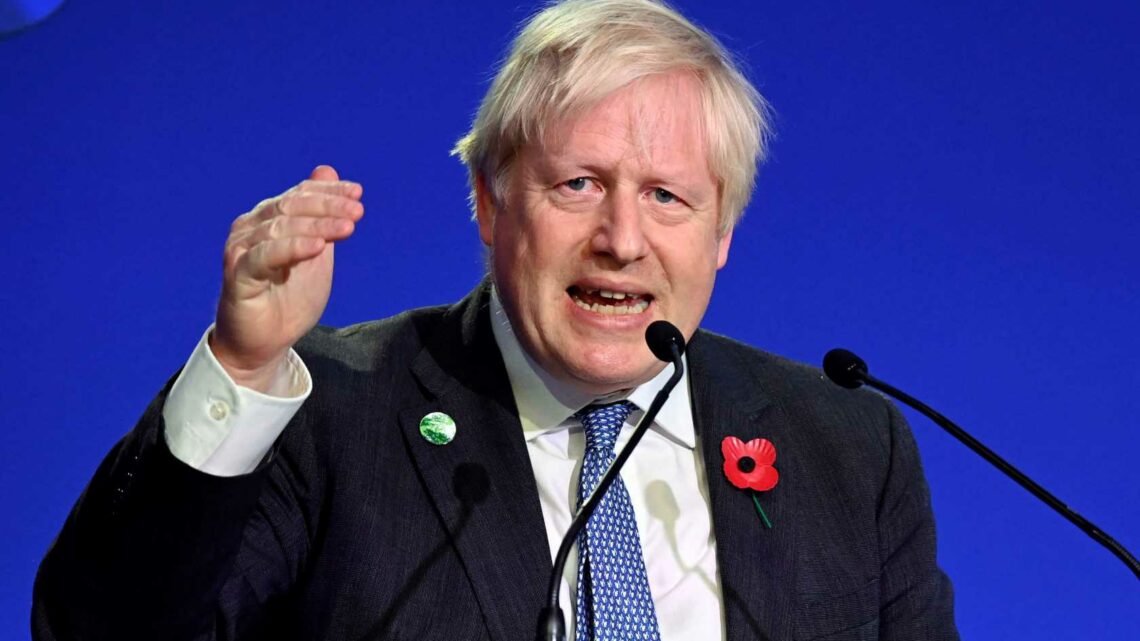 British lawmakers voted Tuesday to approve new restrictions to curb the spread of the omicron variant, but Prime Minister Boris Johnson faced a major revolt by lawmakers in his own Conservative party who are opposed to the regulations.

The result was a blow to the authority of the embattled prime minister, whose approval ratings — both with voters and inside the Conservative Party — have plunged amid ethics scandals and allegations that his government breached its own pandemic restrictions.

The House of Commons voted on measures that take effect this week, ordering masks to be worn in most indoor settings in England, changing rules on self-isolation and — most contentiously — requiring proof of vaccination or a negative coronavirus test to enter nightclubs and large crowded events.

All passed comfortably because of opposition party support, but 96 Conservatives voted against the nightclub rules — by far the biggest rebellion of Johnson's premiership. It came despite Johnson imploring Tory legislators to back the measures in a private meeting just before the vote.

As if to underscore omicron's rapid spread, a handful of lawmakers missed the vote because they have COVID-19 and are in quarantine.

Vaccine passes have become commonplace in many European countries, but Johnson's government has resisted introducing them in England, although the governments of Scotland, Wales and Northern Ireland, which set their own health rules, have done so.

The British government argues that the highly transmissible omicron strain has changed the argument, and proof of vaccination or negative tests is now a sensible measure, along with booster vaccinations for all adults.

Why a Covid booster dose is crucial against the omicron variant

"Omicron is a grave threat," Health Secretary Sajid Javid told lawmakers, saying the strain was already estimated to be infecting 200,000 people a day in the U.K. "Scientists have never seen a COVID-19 variant that is capable of spreading so rapidly."

He said the nightclub rule was "not a vaccine passport" because people could also use a negative virus test to enter venues.

Many Conservative legislators, however, argued that the new requirements were economically damaging and restricted individual freedoms.

Former government minister Andrea Leadsom called the regulations "a slippery slope." Conservative lawmaker Greg Smith argued that vaccine passes and mandatory vaccinations for health workers — another government policy — marked "a fundamental change in the relationship between citizen and state, and one to be resisted."

Other Conservatives argued vaccine passes would not slow the spread of the virus, because omicron appears more resistant to vaccines, while some accused the government of exaggerating the threat from the new variant.

The opposition Labour Party, meanwhile, backed the rules. Labour health spokesman West Streeting said they were "a necessary response to the omicron threat."

"We can't be sure about the severity of the omicron variant, but we can be certain that it's spreading and spreading fast," he said. "When people invoke the story of the boy who cried wolf — the warnings that came before but never materialized — people should remember that in the end there was a wolf."

The rebellion was a sign of growing discontent in Conservative ranks with Johnson. The party picked him to be leader in 2019 because he promised to "get Brexit done" after three years of gridlock over Britain's departure from the European Union under Prime Minister Theresa May. The same promise helped Johnson win a December 2019 election with an 80-seat majority in the House of Commons, the biggest for any Conservative leader since Margaret Thatcher in the 1980s.

Since then the pandemic and a series of scandals have chipped away at the support for Johnson and his government. Johnson's initial reluctance to impose a nationwide lockdown in early 2020 helped give the U.K. the highest coronavirus death toll in Europe apart from Russia, with more than 146,000 deaths.

A successful vaccination program helped Johnson recover some of his authority, but his government has faced damaging allegations that it flouted the coronavirus rules it imposed on everyone else with reports that Johnson's 10 Downing St. office held lockdown-breaching Christmas parties last year. Johnson has ordered an inquiry, but insists he personally broke no rules.

The government also faced charges of cronyism when it tried to block the suspension of a Conservative lawmaker found to have broken lobbying rules by advocating on behalf of two companies who were paying him. The government changed tack after an outcry and the lawmaker, Owen Paterson, resigned.

A special election on Thursday to replace Paterson could add to Johnson's woes. Polls suggest the opposition Liberal Democrats may take the seat from the Conservatives. Nationally, the opposition Labour Party has opened up a strong lead in opinion polls.

Since a national election is not scheduled until 2024, the danger for Johnson comes largely from his own party. The Conservatives have a long history of dumping leaders when they become unpopular.

"Clearly, he is in trouble," said Tim Bale, professor of politics at Queen Mary University of London. "The question is whether that trouble is terminal or not.

"I doubt whether he is in any immediate danger — he will still be there by Christmas. But I think the new year will be an interesting few months."