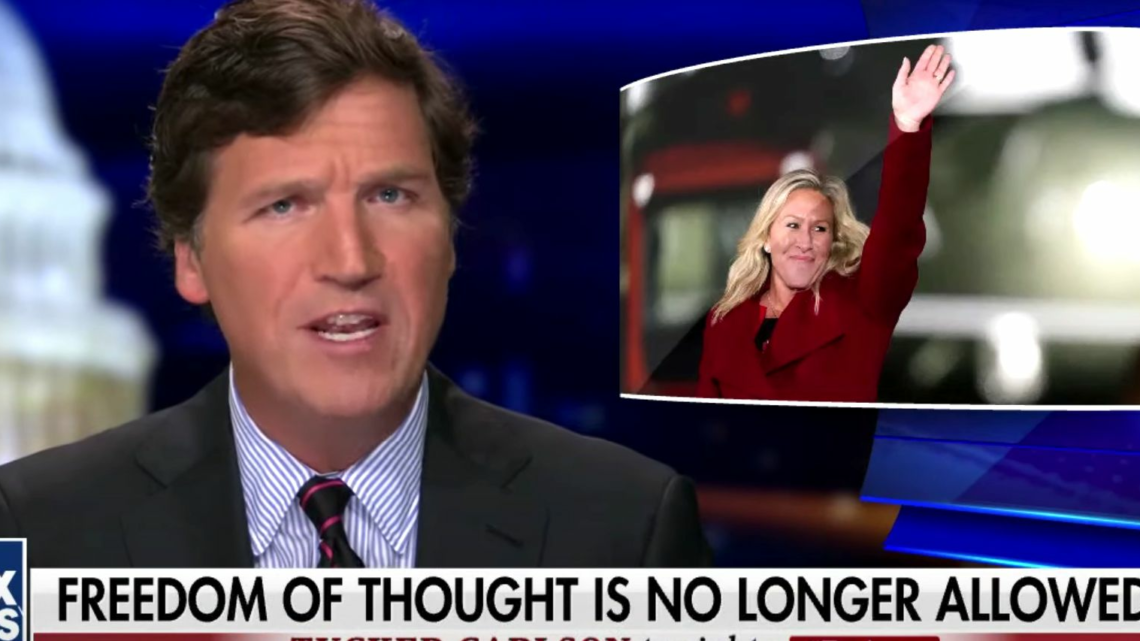 Carlson used his monologue to accuse cable news networks CNN and MSNBC of ignoring world news regarding President Joe Biden to focus on covering Greene’s outrageous comments and calls for her to be removed from Congress.

Carlson suggested she was only being criticized for having “bad opinions.”

“Oh. So, how dangerous is this three-named congresswoman you probably have never heard of? Well, so dangerous that in the name of democracy, she must be expelled tonight from the Congress. That’s what they’re saying,” Carlson sarcastically sniped.

“What do her voters have to do with democracy?” he continued. “That’s not how democracy works. In the new democracy, CNN gets the veto. If cable news doesn’t like your views, you have to leave Congress. That’s the rule.”

“The test is entirely ideological, you don’t actually have to harm anyone to lose your job,” continued Carlson, who last month was slammed for sowing doubt about COVID-19 vaccines.

“This new member of Congress has barely even voted, she just got there the other day. But CNN says she has bad opinions. Therefore, she’s the greatest threat we face,” he said. “Now if you’re skeptical about any of this, our advice is keep it to yourself. Because free inquiry is dead, unauthorized questions are hate speech.”