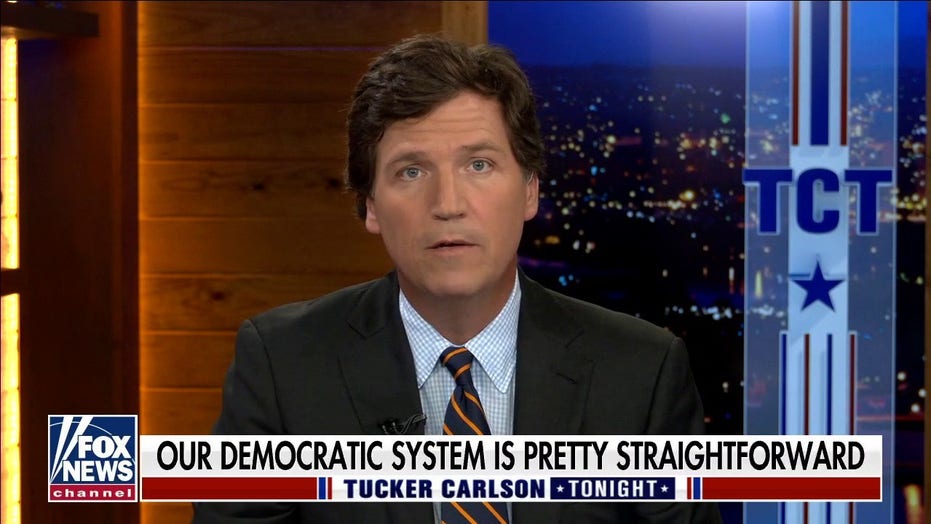 Tucker Carlson: Biden's speeches reveal what he thinks of Americans 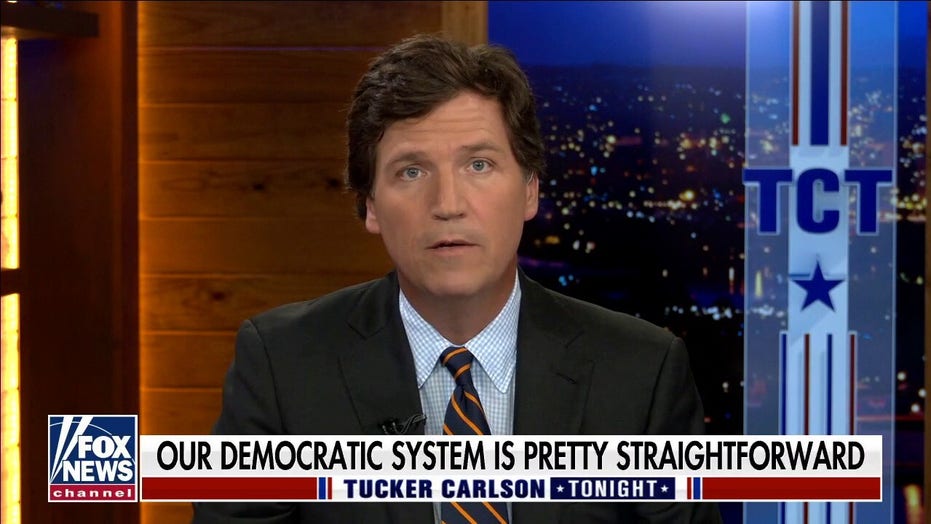 Time for civics class, the abbreviated version. Here’s how democracies work: In a democracy, voters strike a highly straightforward deal with a government that rules them. Here’s what it is: Politicians do their best to improve your life. In exchange for that, you vote for them. That is a voluntary arrangement. It works pretty well. For 250 years, that’s how it’s worked here in the United States.

But suddenly, not anymore. During his entire first year in office, Joe Biden did virtually nothing to improve the actual lives of actual American citizens. And he didn’t because he didn’t even really try. Making voters happy is not a feature of the equity agenda. Punishment is the point of the equity agenda, inflicting pain on the right people, dispensing rough justice, meting out reparations by other names.

In his speeches, you can see clearly how Joe Biden feels about America. He’s deeply disappointed in the country, and he’s annoyed with the people who live here. Biden doesn’t cajole voters. He harangues and berates them. He patronizes them and issues threats. You cause the corona pandemic. You’re stupid and selfish. No Fourth of July hot dogs until you obey.

So for an American president, this is an entirely new way of governing. And you’ve got to wonder how long it can continue. How exactly are Democrats going to hold on to power in the coming midterm elections? If you think about it, there’s only one way they can do that. They’ve got to create a new form of government, one that keeps incumbents in power forever, no matter what they do, no matter how incompetent and destructive they may be. 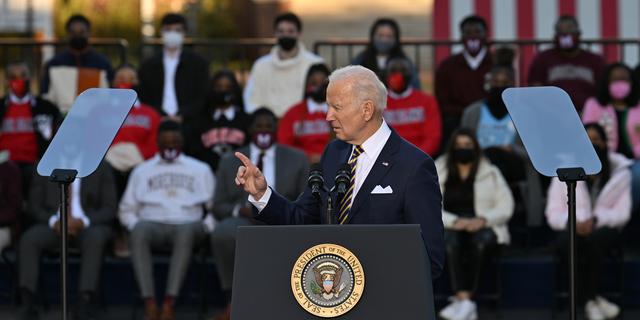 One way to do that is by diluting the political power of citizens. And that’s why Democrats in New York are allowing nearly a million foreign nationals here illegally to vote in local elections. It’s why Gavin Newsom has announced that California is now going to offer unlimited health care to illegal aliens, so that more of them will come. That’s the point. And it’s why Democrats are pushing for what they describe as a transformative voting rights bill. It’s their top legislative priority. It’s the main thing they care about.

Joe Biden had a speech about it this afternoon in Georgia. The event didn’t start well, as he has before, Biden referred to his running mate as the president of the United States. If only.

Then, as he almost always does during public appearances these days, Joe Biden got angry.

JOE BIDEN: It’s also time to pass the John Lewis Voting Rights Advancement Act. I’ve been having these quiet conversations with members of Congress for the last two months. I’m tired of being quiet.

So what is this, John Lewis Civil Rights Act that grouchy old Joe Biden is tired of being quiet about? Well, at its heart, the bill would give the federal government the power to control how elections are conducted across the country. The bill requires states to obtain pre-clearance from the federal government before they can set the rules of their own elections.

What does this mean? Well, it means, among other things, that states would no longer have the authority to require voter ID or registration at the polls. States would also lose the power to pick the locations for polling sites, as well as the ability to draw the boundaries of their own congressional districts. Oh, that’s what it’s about. 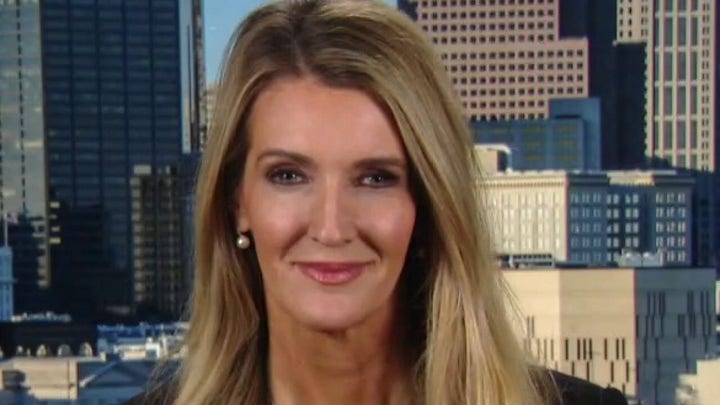 Before doing virtually anything related to democracy, states would have to follow a formula written by Democrats that, needless to say, focuses mainly on race. Why? Well, the idea is simple. The idea is this country is too racist to allow states to run their own affairs. Nancy Pelosi has to run them. Only she is not racist enough to conduct elections.

Everything about that claim is absurd. If America is so racist, then why have tens of thousands of Haitians stuck across our border this year? Nice to hear someone answer that question or even ask it, but the idea itself is totally unconstitutional. We know this because the Supreme Court was pretty clear about it almost 10 years ago, back in 2013. This is not allowed. It’s never been allowed. And in fact, known sane population would ever allow it. Not voluntarily, anyway.

Why would you let incumbent politicians rig the game in their own favor? We would not allow that. You’d have to be bullied into it. How would you be bullied? You know the answer. The fastest way to bully Americans, other than by scaring them with viruses, is to call them racist. So, of course, that’s precisely what the Democratic Party is doing right now. They’re telling us the civil rights movement never happened. Is still 1951 in Birmingham, and you, my friend, are Bull Connor. Shut up and obey racist.

Joe Biden has never been very subtle, so today he just came out and said it.

Bull Connor? Everyone under 70 is thinking football player, who’s that? But Jefferson Davis, really? So if you oppose an unconstitutional power grab by corrupt politicians in their 80s, you are the leader of a confederacy. You’re a foreign combatant. That’s what he said. That’s how important it is to keep the Democratic Party in power forever, and that’s why we need to change the way the Senate votes. So we’ll never lose an election again. 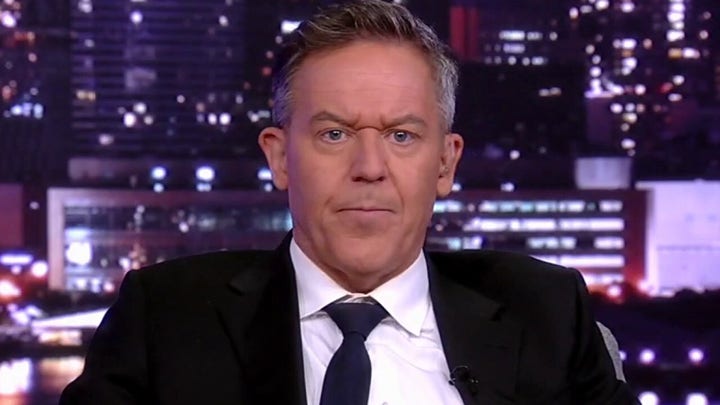 JOE BIDEN: We must find a way to pass these voting rights bill debate and vote. Let the majority prevail. And if that very amendment is blocked, we have no option but to change the Senate rules, including getting rid of the filibuster for this.

Yeah, getting rid of the filibuster. We can go on about this, heard it, you probably know, but it’s worth remembering that the Democratic Party Joe Biden’s party invoked the filibuster more than 300 times recently. Oh, not during the civil rights movement. That was in 2020. Apparently, they sided with Bull Connor every time.

So what’s different? Well, the threat of White terror, of course. Getting rid of voter ID laws is a matter of national security, Biden explained. Stand in the way and you may be a terrorist. Once again, the president:

JOE BIDEN: I will not yield, I will not flinch, I will defend the right to vote our democracy against all enemies, foreign and, yes, domestic.

Enemies within our own country, we will kill them. It’s kind of amusing to see Joe Biden call other people extremists. The message: Give me total power over your life or else I know you’re a dangerous radical. It’s pretty funny, but it’s also not funny. 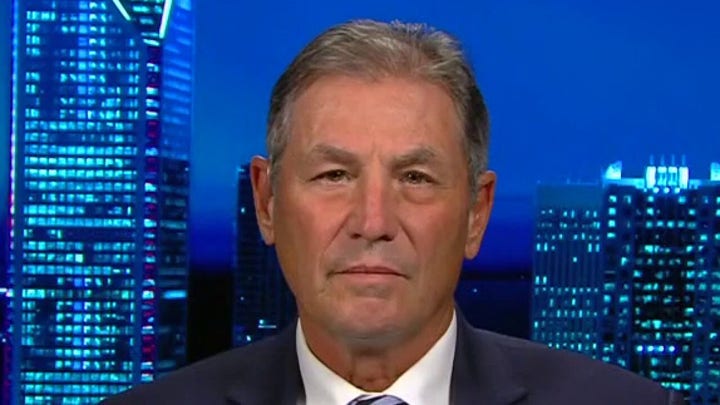 Just hours before Joe Biden spoke, the Department of Justice announced the formation of a new domestic terrorism unit. What’s it for? Well, you can read about it on the website. It’s designed to hunt down and punish anyone who opposes the federal government or is otherwise “anti-authority.” Anti-authority? Who’s that? Well, pretty much at this point, all thinking people who aren’t directly on the federal payroll. That means you.

It means all of us got the message? If you think voters ought to show I.D. at the polls, you could be hearing from the FBI because you’re a threat. On the other hand, speaking papers, you should know that your COVID papers are still mandatory, and becoming more so because vax cards are not at all like driver’s licenses at polling places, they’re not racist. Vax cards are holy and they’re essential.

In fact, in Washington, D.C., the mayor, Muriel Bowser, just announced you’re no longer allowed outside without your papers. Here’s the quote: “Starting Saturday, we’ll need these three things before heading out: Proof of vaccination (12 years), Proof of vaccination and photo I.D. (18 years), and a mask. Otherwise, you must stay in your house, because we own your body. That’s Muriel Bowser, who, by the way, is not a dangerous extremist. She can’t be, because she’s loyal to the regime.

This article is adapted from Tucker Carlson’s opening commentary on the January 11, 2022, edition of “Tucker Carlson Tonight.”

The City With the Lowest Murder Rate in Every State
Technology