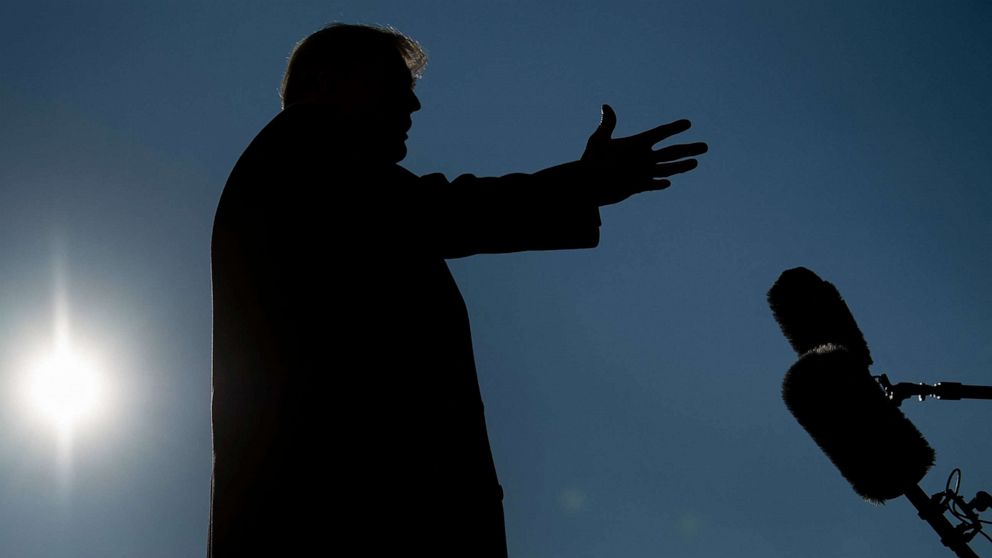 The war inside the Republican Party doesn’t matter only for Republicans.

Six months after Election Day, the coming week features the collision of two realities. The flashy headline is that a top member of House GOP leadership is almost certain to lose her post because of insufficient fealty to former President Donald Trump and refusal to indulge in his lies about the election.

At the same time, President Joe Biden will be seeking Republican support for his agenda. Two White House meetings — one on Thursday with GOP senators who have their own infrastructure proposal and the president’s first meeting with both parties’ congressional leaders a day earlier — will test Biden’s confidence in his ability to work across party lines.

The storylines are more closely related than Democrats might want to admit. Biden said last week that “Republicans are further away from trying to figure out who they are and what they stand for than I thought they would be at this point” — an acknowledgment that impacts his agenda, not simply the other party.

Consider how Senate Minority Leader Mitch McConnell last week sought to deflect questions about Trump. When McConnell said that “100% of my focus is on stopping this new administration,” it highlighted a force he hopes can be as strong as Trumpism in achieving party loyalty.

When McConnell and Rep. Liz Cheney, R-Wyo., are on the outs with Trump, it provides even less of a path for any Republican to sign on to a Biden initiative. Of course, Biden needs Republicans until or unless his own Democratic Party can work in full unison in a sharply divided Senate and House.

Republicans may find themselves, to quote Maryland Gov. Larry Hogan, in the middle of a “circular firing squad,” but that may not spare Biden from some of the damage.

The RUNDOWN with Alisa Wiersema

In the wake of April’s disappointing new jobs report, Republican lawmakers appear to be growing emboldened to do away with extra unemployment benefits millions of Americans received amid the fallout of the pandemic.

GOP governors in a handful of states including Montana, Arkansas and South Carolina have already decided to opt out of continuing to grant an extra $300 in federal unemployment payments and claim that the extra payments are contributing to their states’ labor shortages. In an interview with CNN on Sunday, Utah Gov. Spencer Cox backed up his fellow Republican state leaders.

“Yes, unfortunately, I think it is a good idea,” Cox said, while adding that despite his state’s low unemployment rate, businesses were still having trouble finding workers for available jobs.

Democrats are pushing back against the idea that people are staying out of the workforce because it is more financially beneficial for them to continue being unemployed.

As that debate continues, it is also adding another layer in the deliberations over Biden’s infrastructure plan, which would aim to address systemic issues, like child care, that members of his party say could weigh into people’s decisions regarding employment.

The TIP with Meg Cunningham

Accusations of election fraud are now echoing within the Republican Party itself as the Virginia GOP counts votes from its ranked-choice nominating convention. State Sen. Amanda Chase, who is running for governor, is taking issue with the party’s unique way of choosing nominees for statewide offices.

In a race seen as one of the first tests of voters’ response to the Biden administration, Chase — who has pitched herself as “Trump in heels” and was in Washington on Jan. 6, said the counting process was “clear corruption” before it had even started.

“If RPV steals this election for Pete I still have plenty of time to run as an independent,” Chase tweeted Saturday night in reference to one of her six competitors, Pete Snyder. “Clear corruption by RPV, I will not honor a pledge if the Party cannot run a fair process.”

Results aren’t slated to be released for the gubernatorial race until at least Monday as officials undergo the time-consuming process of counting and ranking the estimated 30,000 ballots — and there was a two-hour delay after a housekeeper reportedly caused a security breach by delivering coffee to the room where the ballots were being stored overnight, according to the Washington Post — but Chase seems to be set on continuing the GOP’s trend of preemptively casting distrust on the election process if the results don’t appear favorable.