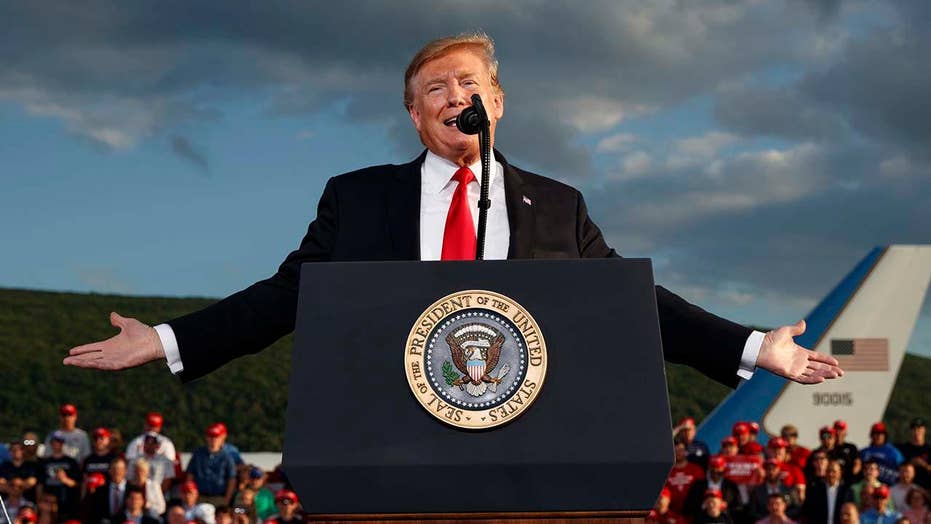 President Trump once again took a shot at John McCain during a rally in Pennsylvania on Monday night.

During a discussion on healthcare, Trump brought up his failed attempt to repeal and replace the Affordable Care Act, also referred to Obamacare, before renewing his ongoing criticism of the late former Senator.

"The fake news doesn't want to say it. We will always protect pre-existing conditions, very important. By the way, we got rid of the individual mandate, the worst part of Obamacare and we almost had it repealed and replaced but we had one man that after campaigning for eight years, he decided to go thumbs down at two o'clock in the morning," Trump said.

The comment was seemingly in reference to former Sen. McCain, R-Ariz., who famously voted against the repeal in 2017 giving it a thumbs down.

This isn't the first time Trump has been critical of McCain after his death.

Trump’s feud with McCain dates back to well before he was elected president.

In 2015, after McCain had said Trump's platform had "fired up the crazies," Trump mocked McCain's imprisonment in the Vietnam War, saying: "I like people that weren't captured."

The two continued to be at odds until McCain’s death from brain cancer last August.