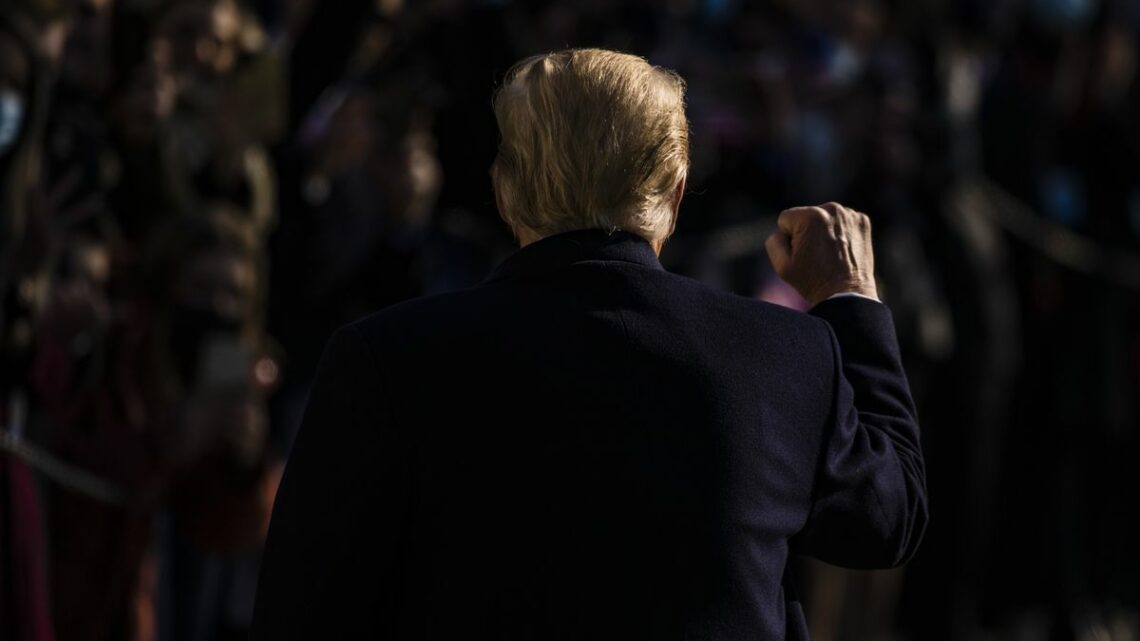 Former President Donald Trump and the Republican National Committee raised $86 million through the GOP’s online fundraising platform between Nov. 24 and the end of 2020, according to a Friday filing with the Federal Election Commission.

Trump raised the money while falsely claiming that widespread voting fraud had cost him the election. The amount was less than the $207.5 million that he and the RNC raised in the 19 days after the Nov. 3 election, but does not include all contributions to his committees or the RNC. They are due to report detailed information to the FEC on Sunday.

The donations were disclosed in an FEC filing by WinRed, the platform Republicans use for contributions made over the internet. WinRed reported raising $207 million for GOP candidates and committees over the period. Georgia Senators David Perdue and Kelly Loeffler both faced runoff elections on Jan. 5. They lost to Democrats Jon Ossoff and Raphael Warnock.

Those races gave the Democratic Party control of the Senate.

Most of the money Trump raised through WinRed, some $68 million, flowed to Trump Make America Great Again, which is supported by small-dollar donors and splits the contributions between Save America, the political action committee he started after the election, and the RNC.

A solicitation to his donors for Trump Make America Great Again, made on Jan. 6, the same day his supporters stormed the U.S. Capitol, said 75% of small-dollar donations would go to Save America, with the rest going to the RNC. How much money TMAGA transferred to Save America and the RNC won’t be known until it files its report with the election commission on Sunday.

Since the riot, Trump has been barred from social media platforms including those ofTwitter Inc. andFacebook Inc. He used the former as his primary means of directly communicating with his supporters and spent lavishly on Facebook ads to raise money for his campaign.Stripe Inc., the payment processing company, stopped handling donations made directly to Trump’s committees after the riot.

Trump’s campaign raised $14.1 million from online donors through WinRed, while Save America raised $501,224. Trump Victory, which focuses on big donors, raised just $24,965 online. The RNC raised $3.5 million independently of Trump’s committees. Their year-end reports, due at the FEC Sunday, will show detailed information on donations and expenditures.

The Center for Responsive Politics found that eight individuals who were paid by the campaign, either as staffers or independent contractors, plus a firm that organized events for it, had helped organize the Trump rally near the White House that preceded the march on the Capitol and the riot.

The campaign has said that it did not pay for or organize the rally, and that the individuals and firm were no longer receiving payments from the campaign when they organized the event.

The feds offer $100,000 reward for info about who left pipe bombs near the DNC and RNC the night before the riots
Technology