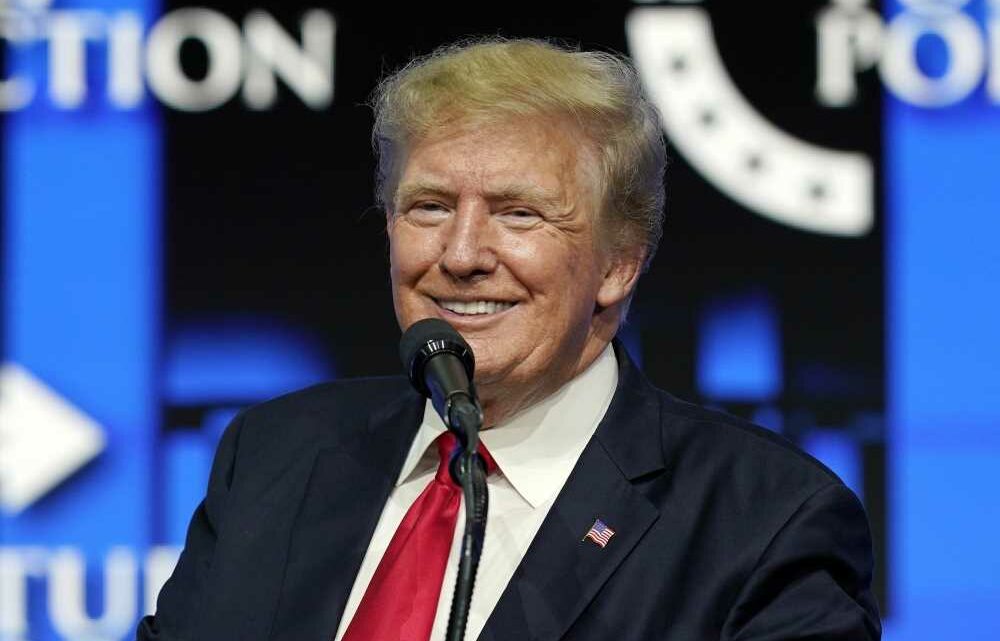 Donald Trump phoned in his support for Glenn Youngkin on Monday night.

After teasing a rally appearance on the eve of the Virginia gubernatorial election, the former president instead made a brief, bizarre call into a closed-press “tele-rally” for Youngkin, who did not appear at the rally himself.

“He’s a great man, he’s a wonderful guy, he will do a job like nobody can do,” Trump reportedly said on the call. “I have no doubt about it.”

Trump added that Youngkin has a “big, giant, beautiful base,” that he’s a “fantastic guy,” and that it “won’t even be hard for a guy like that” to make Virginia the “envy of the world.” Josh Dawsey of The Washington Post tweeted that the call only lasted “about five minutes.”

Chasteness, Soda Pop, and Show Tunes: The Lost Story of the Young Americans and the Choircore Movement

The Best Audiophile Turntables for Your Home Audio System

Youngkin has appeared to distance himself from Trump as Election Day has drawn near. He didn’t attend a rally Trump called into last month, and a day later disavowed attendees who pledged allegiance to a flag carried on Jan. 6. Youngkin has also said that he would have certified the results of the 2020 election. Nevertheless, the Associated Press reported in late September that even as Youngkin avoided comparisons to Trump, his campaign and the former president’s team remained in close contact.

The planning of the event that became Monday night’s tele-rally has appeared to be a mess from the beginning. Trump originally hinted he would be coming to the state last Wednesday, releasing a statement thanking his supporters in Arlington, Va., for interrupting President Biden’s speech at a rally for Youngkin’s opponent, Democrat and former Virginia Governor Terry McAuliffe.

“Thank you, Arlington, see you soon!” Trump said in the statement. A Trump later spokesperson said that the former president was looking “forward to being back in Virginia! Details will be released when appropriate,” according to the Associated Press.

But the very next day, Youngkin told reporters that Trump would not be visiting the state. “He’s not coming,” Youngkin said. “In fact, we’re campaigning as Virginians in Virginia with Virginians.”

The event turned into a closed-press “tele-rally” instead. As recently as Sunday night, the organizer said that they had not even scheduled the exact time of Trump’s speech. Event details “change by the minute,” Fredericks told WUSA 9.

On Monday morning, Trump released a bizarre statement, claiming that the “Fake News media” was collaborating with “perverts doing ads ad nauseam” to paint a picture that he and Youngkin “don’t like each other.”

“Importantly, this is not true,” Trump said. “We get along very well together and strongly believe in many of the same policies.”