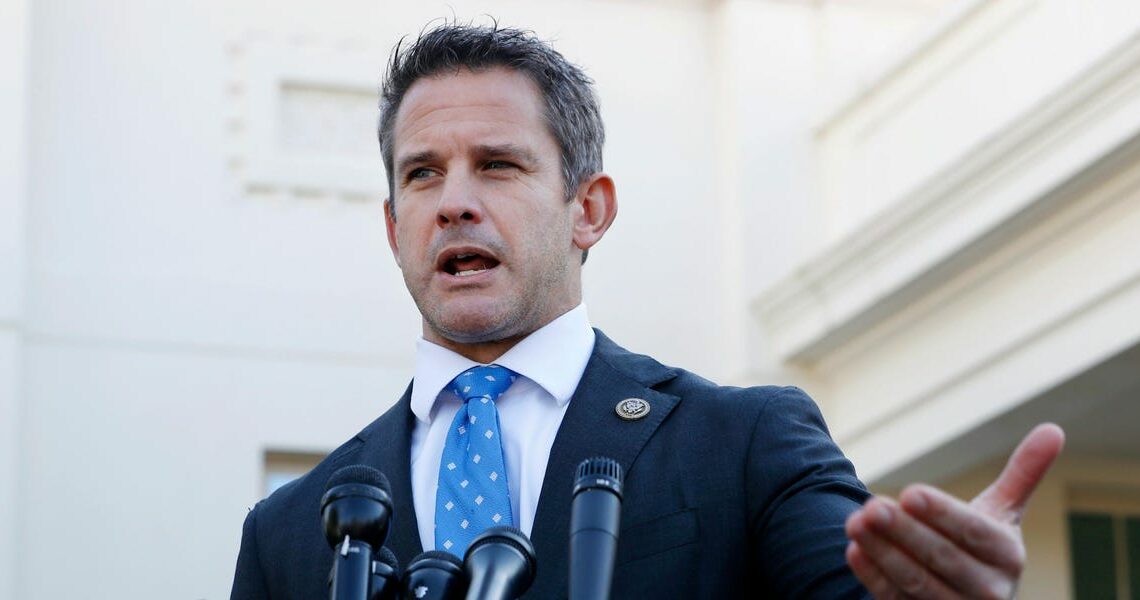 Trump directed an RNC member to tell GOP Rep. Adam Kinzinger a 'vulgar message about what he should do with himself' in 2016, report says

Republican congressman Adam Kinzinger of Illinois, one of the most vocally critical GOP critics of former President Donald Trump, clashed with the former president as far back as the 2016 election, The New York Times reports.

The Times said that prior to the 2016 presidential election, Trump queried Illinois Republican National Committee Richard Porter about Kinzinger, who had and whether he had an opponent.

After Porter told Trump that Kinzinger did not have an opponent that year, Trump “poked his finger in his chest and told him to deliver to Mr. Kinzinger a vulgar message about what he should do with himself.”

The Times reported that when Porter told Kinzinger of his conversation around Election Day 2016, Kinzinger “laughed and invited Mr. Trump to do the same.”

Read more: GOP Rep. Adam Kinzinger on recognizing the QAnon threat and not fearing a GOP primary challenger for voting to impeach Trump

Kinzinger was one of the few sitting Republican politicians who did not support Trump’s bid for the presidency in 2016 and continued to criticize and speak out against the former president throughout his four years in office, and now in his post-presidency.

“I don’t see how I get to Donald Trump any more,” Kinzinger told CNN in an August 2016 interview, the Guardian reported at the time. “Donald Trump for me is beginning to cross a lot of red lines of the unforgivable in politics.”

Kinzinger was moved to publicly denounce Trump after the ex-president’s insults and attacks on the Khans, a Gold Star family who spoke at the 2016 Democratic National Convention in support of Democratic nominee Hillary Clinton, telling CNN in 2016, “I won’t be silent. He can tweet all he wants. I have to do this for my country and for my party.”

Kinzinger, who represents the safely conservative 16th district in Illinois, was one of just 10 House Republicans to vote to impeach Trump on a charge of inciting the January 6 insurrection and one of 11 to vote to strip his GOP colleague Rep. Marjorie Taylor Greene of Georgia of her committee assignments on February 4.

Trump was acquitted by the Senate in a trial that ended on February 13, with seven GOP Senators joining all 50 Senate Democrats in voting to convict. The vote, 57-43, fell short of the two-thirds majority that would have been required to convict Trump.

Kinzinger was also the first House Republican to call for Trump to be removed from office either by the 25th Amendment or the impeachment process the day after the January 6 insurrection.

Kinzinger recently told Insider’s Anthony Fisher that while he realizes his actions have put him at risk for a primary challenge when he’s up for reelection in 2022, he’s committed to leading the GOP in a new direction.

“So we have to fight like hell to restore the soul of [the Republican Party] and I’m willing to go down doing that because I think when history looks back at this moment, it’s not going to be the people that voted to not certify the election that’ll be written about in history books,” he said.

He has also started a new political action committee, Country First, that aims to support fellow anti-Trump Republicans like himself who want to take the party in a new direction.