President Donald Trump on Wednesday slammed John Bolton over “very big mistakes” he says he made as national security adviser one day after announcing Bolton’s resignation on Twitter. Still, the president said he wished Bolton well.

Calling him “Mr. Tough Guy,” Trump made his first public comments about the split and said Bolton wasn’t “in line” with his administration, specifically pointing at comments Bolton made about North Korean denuclearization plans. 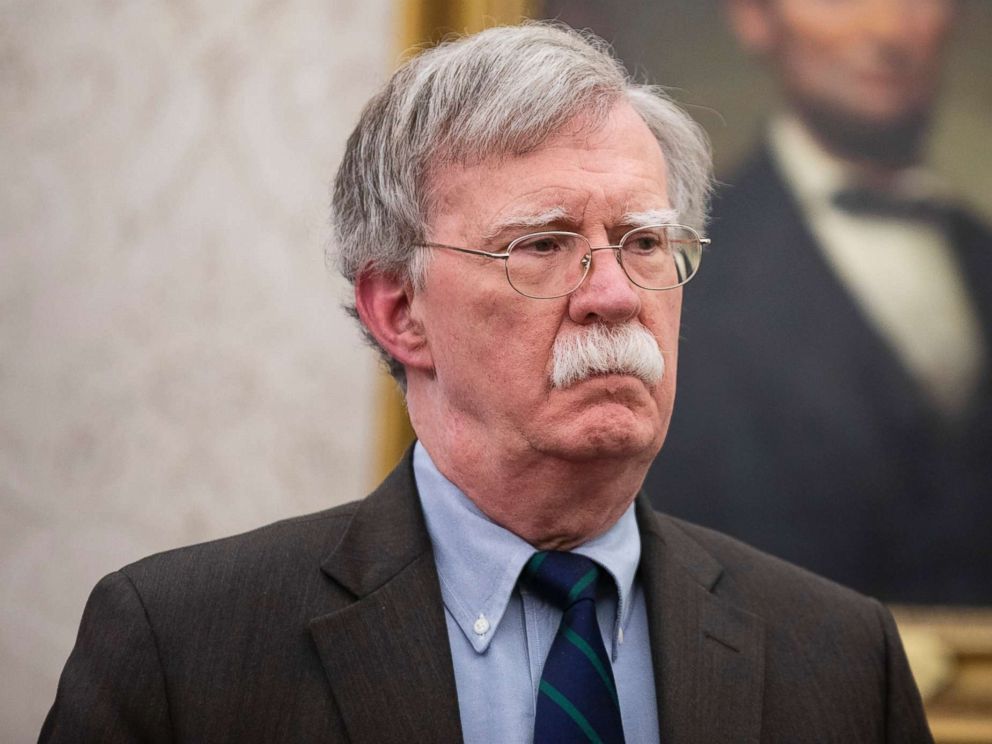 “John is somebody who I actually got along with very well — he made some very big mistakes when he talked about the Libyan model with Kim Jong Un. That was not a good statement to make,” Trump said during an Oval Office meeting on Wednesday. “It set us back.”

After giving up his efforts to make nuclear weapons in 2003, Libya leader Moammar Gaddafi was killed in 2011.

“As soon as he mentions that, the Libyan model, what a disaster. Take a look at what happened to Gaddafi. He’s using that to make a deal with North Korea. And I don’t blame Kim Jong Un for what he said after that. He wanted nothing to do with John Bolton. That’s not a question of being tough. That’s a question for being not smart for saying something like that.” 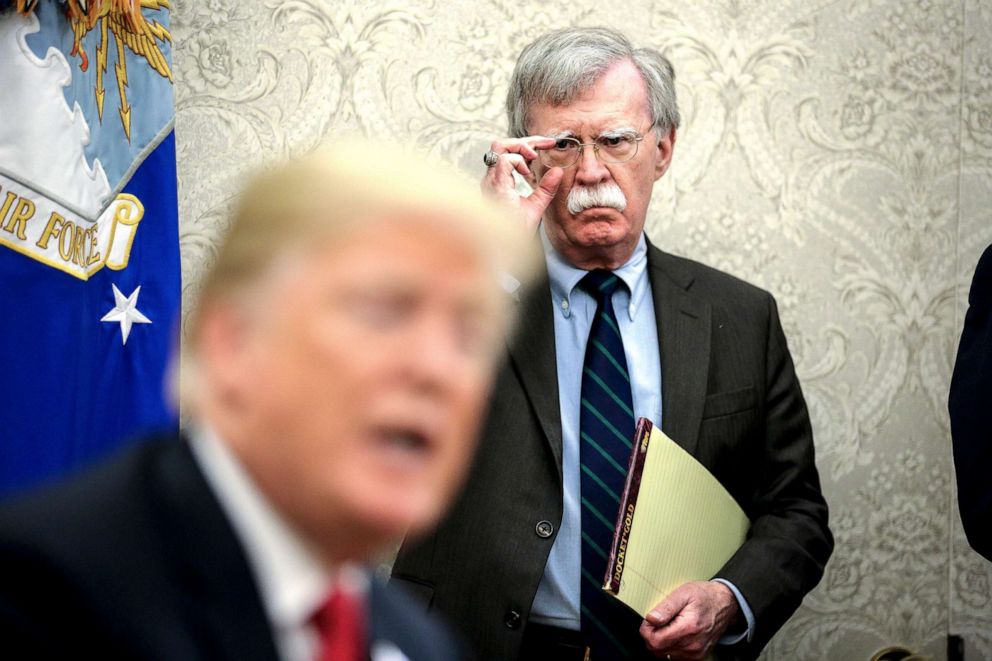 Bolton was conspicuously absent from Trump’s last meeting with Kim Jong Un. While Trump was meeting with an adversary about one of world’s biggest national security issues, Bolton was in Mongolia for what he said was a previously scheduled meeting.

Bolton, a foreign policy hawk who has served in previous Republican administrations, offered his letter of resignation to Trump following a weekend where the president abruptly canceled peace talks with the Taliban at Camp David. Bolton split with the president on his decision to negotiate with the militant group, among other foreign policy positions. Bolton served as the president’s third national security adviser, after Gen. Michael Flynn and H.R. McMaster.

On Tuesday, the president and Bolton were at odds about how exactly Bolton’s decision to leave was made. Trump said he requested Bolton’s resignation while Bolton maintained that he offered his resignation.

“We actually got along very well. I’m sure he’ll, you know, do whatever he can do to, you know, spin it his way. John came to see me the night before,” Trump said gesturing to a chair in the Oval Office.

“And he sat right in that chair and I told him, “John, you have too many people, and you’re not getting along with people. And a lot of us, including me, disagree with some of your tactics and some of your ideas. And I wish you well, but I’d like you to submit your resignation.” And he did that.”

“It was an honor to serve my country, and I wish the President and the Administration success moving forward,” Marquis said in a statement.

The president said he currently has five people under consideration for Bolton’s replacement, including the State Department’s special envoy for Iran Brian Hook, national security adviser to Vice President Pence, Keith Kellogg, and Rick Waddell, who previously served under McMaster on the National Security Council. He said he will make an announcement next week. In the meantime, Charlie Kupperman, who served as deputy under Bolton, is serving as acting national security adviser.

But one expert says that no matter whom the president picks, the most important voice is Trump’s.

“The most influential person in the Trump administration and foreign policy is Trump,” Tom Wright a senior foreign policy fellow at the Brookings Institution told ABC News. “It’s not that one set of advisers or another set of advisers are able to manipulate him. I think the longer he’s in the job, the more he wants to be true to his own instincts.”

Target, UPS, Amazon and Kohl's are offering better pay and these perks to attract over 230,000 seasonal workers