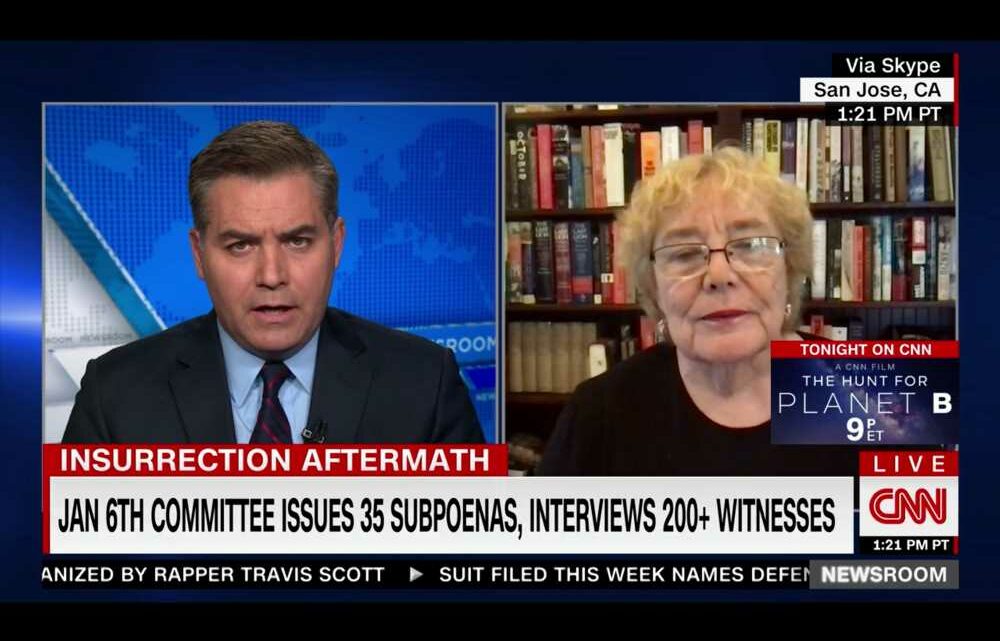 “Many” of the more than 200 witnesses who have testified to the Jan. 6 committee were former Trump administration staff who voluntarily came forward, Rep. Zoe Lofgren (D-Calif.) told CNN’s Jim Acosta.

“Many of them are people who were in the administration during the former president’s term who have information that they want to give to us, as well as people involved in the events leading up to [Jan. 6]. And they want to voluntarily give information,” Lofgren said on the network Saturday. “You know, we’re putting the pieces together. It’s painstaking, but it’s thorough, and we hope when the process is completed that we will have a very reliable and complete picture of the events that led up to that terrible day.”

Is Biden Running in 2024? He's Telling Allies That's the Plan

All 199 of Taylor Swift's Songs, Ranked

The 30 Sexiest Music Videos of All Time

Lofgren declined to go further in saying exactly who these staffers were when Acosta asked whether they worked in the White House for Trump or Pence, or if they were campaign staff. “Let me not be that specific, but let me say certainly there have been people, part of the Trump administration, who have spoken to us and provided important insights that have led us to further questions,” she said.

Acosta also queried Lofgren about a recent ProPublica report that Donald Trump Jr.’s girlfriend, Kimberly Guilfoyle, bragged to friends via text message that she had raised millions of dollars for the Jan. 6 “Stop the Steal” rally that preceded the violent insurrection — the rally where then-President Trump told his supporters that they needed to “fight like hell” otherwise “you’re not going to have a country anymore” immediately before they marched on the Capitol.

“We have a whole team of investigators that is following the money trail and we believe we have a very high chance of actually determining who paid for what, and I think that’s an important thing for people to know,” she said.

When Acosta asked about Trump ally Steve Bannon, who was indicted last week on two counts of contempt of Congress for his refusal to comply with a Jan. 6 committee subpoena, Lofgren said that Bannon must follow the law, whether he wants to or not.

“He is a very bellicose individual and certainly apparently thinks he’s above the law,” Lofgren said. “The Department of Justice felt otherwise, as did the committee. He is not permitted in the American system of justice to just say, ‘I don’t want to answer any questions, I don’t have to.’ The law applies to all of us — to the former president, to Mr. Bannon, to me, to you. And there’s no special elite that is excused from complying with the law.”