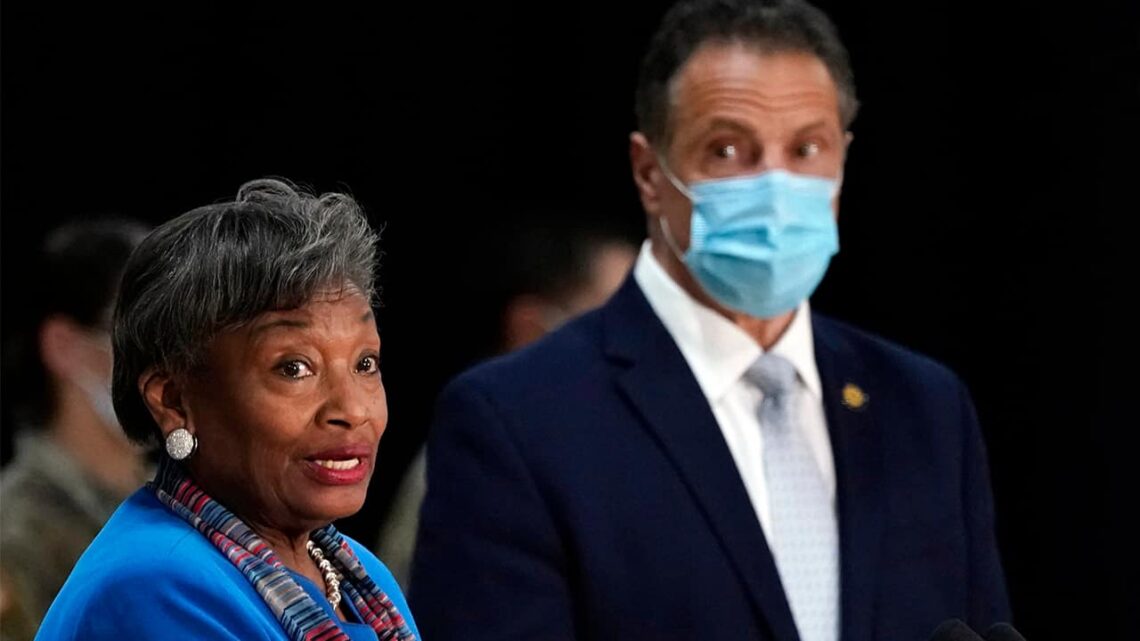 New York Senate Majority Leader Andrea Stewart-Cousins appeared alongside Gov. Andrew Cuomo to tout the progress of the state’s vaccination campaign on Wednesday, just weeks after she publicly called on the governor to resign amid allegations of sexual harassment.

Cuomo praised Stewart-Cousins for passage of New York state’s budget during an event at a mass vaccination site in Yonkers, the state senator’s home district. Stewart-Cousins did not address the New York state attorney general and state assembly’s ongoing probes into the allegations against Cuomo during her appearance at the press conference.

“Her position on the Governor has not changed,” a spokesman for Stewart-Cousins said in a statement. “The Majority Leader has been pushing for more vaccinations at this site. Getting everyone vaccinated is most important.”

Several women, including current and former aides, have accused Cuomo of sexual harassment or misconduct. One female staffer alleges that Cuomo groped her during an encounter at his mansion last year. Cuomo has denied any wrongdoing.

Stewart-Cousins was one of several prominent New York Democrats who called on Cuomo to resign in response to the allegations, as well as a separate federal investigation into his administration’s handling of the state’s COVID-19 nursing home crisis.

“New York is still in the midst of this pandemic and is still facing the societal, health and economic impacts of it,” Stewart-Cousins said in March. “We need to govern without daily distraction. For the good of the state Governor Cuomo must resign.”

Some New York state lawmakers were “completely shocked” by Stewart-Cousins’ appearance at the event, NY1 reported. The New York State Assembly’s judiciary committee has an active probe into whether the allegations against Cuomo are grounds for impeachment.

Stewart-Cousins’ remarks largely focused on the state’s push for increased vaccination totals. Earlier in the day, state officials announced that residents aged 60 or older can receive the vaccine at state-operated mass vaccination sites without an appointment.

“We’re here because of what the governor said,” Stewart-Cousins said. “At the center of all of us is making sure we have our health.”

Welbilt jumps 37% after Middleby announces it will acquire the foodservice equipment company for $2.9 billion