Tillis defends Acosta from calls to resign amid Epstein scandal: 'Has been a great secretary' 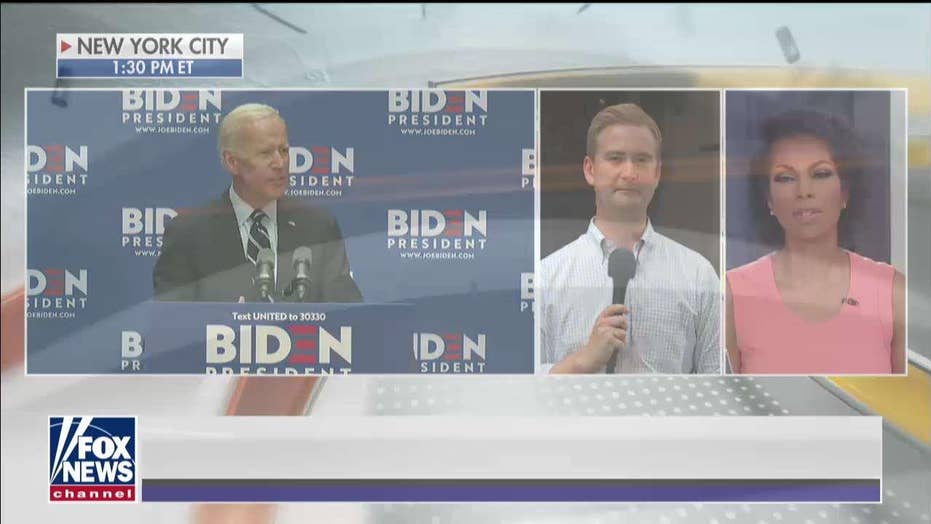 Sen. Tillis discusses the fallout from the Epstein indictment and whether Alex Acosta should resign on Outnumbered Overtime

Sen. Thom Tillis, R-N.C., said Thursday the effort to remove Labor Secretary Alexander Acosta from office is a political ploy and claimed he'd vote to confirm him again, even after learning all the current facts about the Jeffrey Epstein case.

"Absolutely [I'd still confirm him]. Secretary Acosta's been a great secretary," Tillis said on "Outnumbered Overtime."

"He's very approachable. He's visited with me in North Carolina a number of times. I think this is a political stunt and I don’t think it’s going to work."

Democrats have called on Acosta to resign over his past involvement with sex offender Epstein's plea deal years ago, during his time as a prosecutor.

Senate Minority Leader Chuck Schumer joined the fray on Tuesday and along with House Speaker Nancy Pelosi, D-Calif., called for Acosta to review the deal he offered Epstein at the conclusion of that case. They claim he gave Epstein a light sentence and let him off the hook for two felony prostitution charges in Florida.

Epstein was arrested over the weekend and indicted on sex trafficking charges related to young girls.

Host Harris Faulkner asked why Tillis thought it was a political ploy and he said the calls for condemnation came before all the facts were even in.

MEGHAN MCCAIN: CYRUS VANCE, OTHER SHOULD 'ROT IN JAIL' IF THEY GAVE EPSTEIN SPECIAL TREATMENT

"I think … going back, without any possession of the facts, and the circumstances of the case, to suddenly make him a party to allowing this horrible person to go off easy, it is just nonsense," he said. "It’s my understanding that Secretary Acosta, then a prosecutor, did the best he could with the evidence that he had. Now I hope Epstein spends the rest of his life in prison, based on a new set of facts."

Tillis also defended Acosta's press conference and said it was weaponized against him in an effort to score political points.

"I think we have to continue to get more information…I think it would be helpful to find, to the extent that it can be provided, more of the facts and circumstances that led him to the prosecutorial strategy that he took," he said.

"But I think that if I thought that my colleagues on the other side of the aisle really wanted to get to the facts, versus use this as just another political shiny object, I’m not convinced that’s the case. But I do think it would be helpful to provide as much information as possible, that’s available to the public."

Madonna's break-up letter from Tupac when he dumped her ‘for being white’ expected to sell for more than £200,000 at auction