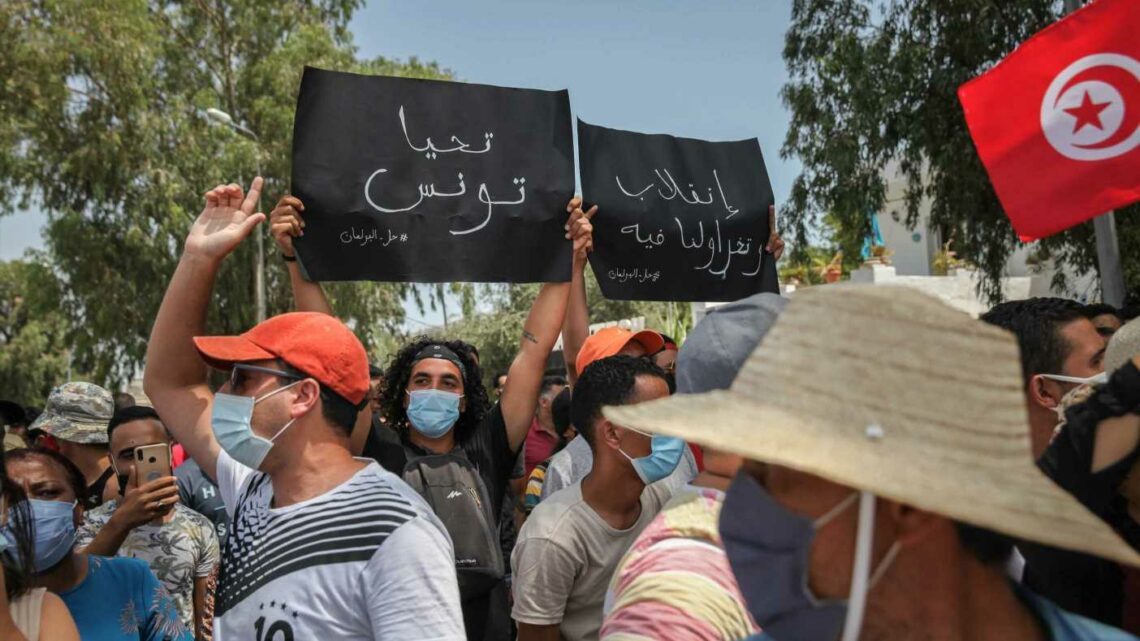 Thousands of supporters of Tunisian President Kais Saied rallied in the capital and other cities on Sunday to back his suspension of parliament and promises to change the political system, acts his critics call a coup.

The demonstration of at least 8,000 people in central Tunis was by far the biggest since Saied seized executive power in July – a show of support by his supporters that dwarfed two protests over the previous two weekends against his actions.

Opposition to his moves has also grown in recent weeks as most of the political establishment, the powerful labor union and foreign donors have come out against his suspension of parts of the constitution.

Saied has frequently cited public backing for his moves against the political elite and a system of power-sharing between president and parliament that he says has thwarted the popular will.

Demonstrators waved Tunisian flags and carried placards railing against Ennahda, the moderate Islamist party that is the biggest in parliament and has acted as Saied's main antagonist.

One chant called Ennahda leader and parliament speaker Rached Ghannouchi, who has urged the suspended chamber to restart its work, an "assassin".

"We demand that Saied dissolve Ennahda and the political parties involved in corruption," Noura Bensalah, one of the demonstrators, said.

The president plunged Tunisia into a constitutional crisis in July by suspending the elected parliament, dismissing the prime minister and assuming executive authority.

Last month he brushed aside much of the constitution to say he could pass legislation by decree, casting into doubt Tunisia's democratic gains since its 2011 revolution that triggered the "Arab spring" revolts across the Muslim world.

Many Tunisians blame those ills on a corrupt, self-interested political elite, and they see Saied, an independent elected in 2019, as a champion for ordinary people.

Among his supporters, Saied's intervention is widely regarded as a long-overdue reset of a democratic experiment that established interests pulled off course.

"Saied is a clean president who has come to restore real democracy," said Mongi Abdullah, a teacher from Mahdia who had come to join the rally.

While opinion polls show Saied's moves have widespread support, his long delay in declaring a timeline out of the crisis has started to cement opposition to him.

Most of the political elite and the powerful labor union UGTT say he must start consulting more widely if he plans to amend the constitution, as he has indicated he will.

Though Sunday's rally was arranged by activists on social media, three smaller parties in parliament including Achaab supported it, saying paralysis in the political system had forced Saied to intervene.

"Saied should appoint a government and start dialogue to reform the system and the electoral law, then go to a referendum," said Mohamed Ammar, an independent parliament member attending the demonstration.

Last week Saied appointed a prime minister and urged her to quickly form a government, but after his assumption of wider powers she is expected to have less influence than her predecessors in the job.

Tunisian police on Sunday arrested a member of parliament and a television presenter who have been prominent critics of Saied since his moves in July, their lawyer said. The police were not immediately available for comment.

The Longest-Lasting Cars on the Road

20 Things You Should Probably Always Buy at Target
Technology