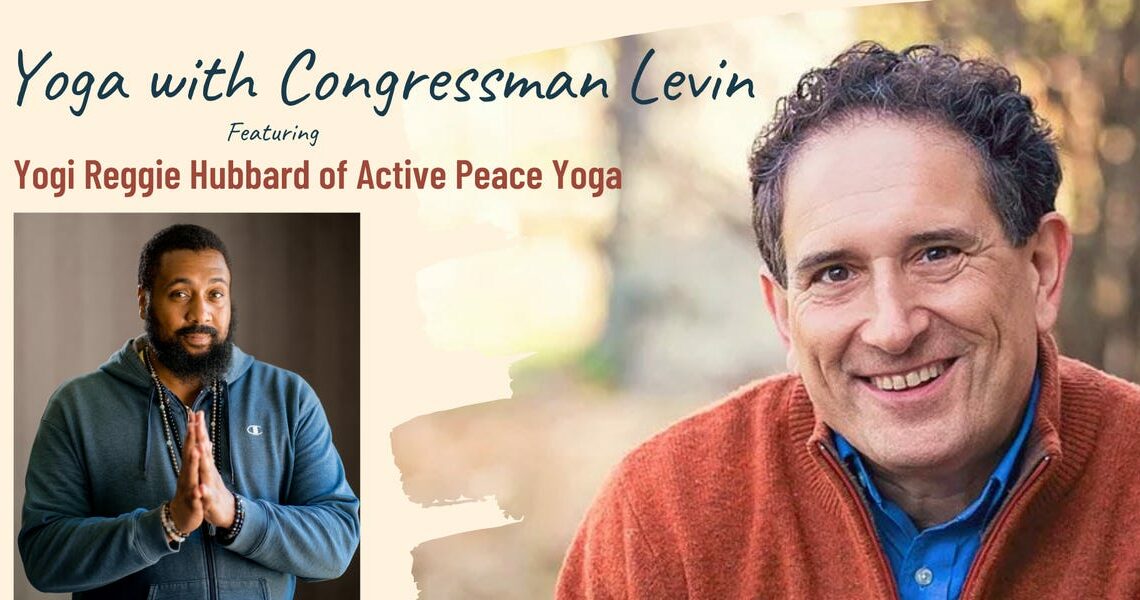 The year had already been painfully exhausting. Rep. Ayanna Pressley’s Boston area district had been hit hard and early by COVID, and staffers were at home, working online, easily 18 hours a day, her chief of staff Sarah Groh said.

Then came the January 6th Capitol insurrection. Groh and Pressley were among those taking cover in a House safe room when pro-Trump rioters stormed their workplace taunting and threatening to harm and kill the likes of then-Vice President Mike Pence and Speaker Nancy Pelosi.

In the immediate aftermath, Groh arranged an online session for the Democratic congresswoman’s office with Reggie Hubbard, an Ivy League progressive activist turned yogi, who has been helping his friends on Capitol Hill and in politics heal through yoga, meditation, and when the moment calls for it, the music of Prince.

“It was one of the first times that I had allowed myself to unpack some of the, just, stress I’d been holding and emotions from that day,” she told Insider. “He’s like, ‘roll your shoulders back and unclench your jaw’ and you’re like, wow, I’ve needed to do that for 72 hours.”

DC insiders are known for their demanding schedules, but a year made even more punishing by the pandemic, police brutality and protests, a wild election cycle and an insurrection forced some to search for new ways to relieve stress and restore their upended sense of community.

Rep. Andy Levin, a Democrat from Michigan, held retreats and offered mental health days. Pressley’s office allowed multiple periods of unlimited time off and encouraged counseling. Rep. Rashida Tlaib of Michigan brought in a therapist for her staff — and recently took personal time off, she said, to decompress.

For their offices and others on the Hill, Hubbard has been a part of the therapeutic mix. Tlaib, Levin and Interior Secretary Deb Haaland, during her previous job as a member of Congress, have personally taken classes with Hubbard, a bearded and beaded 46-year old from suburban Washington DC. In the past year, he’s also worked with staff at the Democratic National Committee, the Democratic Congressional Campaign Committee, MoveOn and other progressive organizations — reminding them all to breathe. 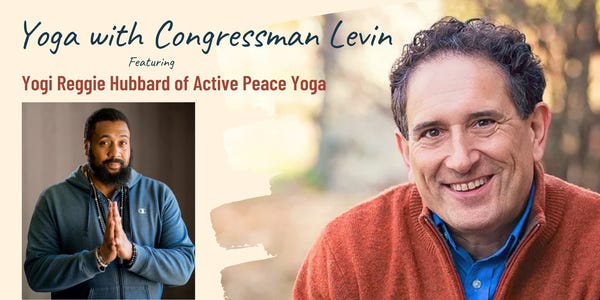 Don’t be a Tyrannosaurus Rex

While still at MoveOn, Hubbard launched Active Peace Yoga in April 2020 and he has since taught nearly 900 events, from classes to guest appearances, to thousands around the world. He’s brought activists and others together around major events such as the police murder of George Floyd and the death of civil rights icon Rep. John Lewis. Online classes through his website are donation-based and some proceeds go to charity, while the private classes for Hill staff have a flat, per-person rate, often paid through campaign accounts or by individuals.

“To have a yoga class where we were speaking directly to the things that were so highly upsetting at that time, was really helpful,” said Wambu Kraal.

Hubbard is a Yale University graduate in philosophy with his MBA in international strategy from the Vlerick Business school in Belgium. He’s also a Prince devotee who recently drew 100 people to one online class, celebrating the late artist he describes as “his royal Badness” and the “patron saint” of his practice.

“People were encouraged to just wear purple and dance,” said Erica Sagrans, head of organizing for Swing Left. “It’s just sort of a great antidote for the intensity and seriousness of politics and campaigns.”

Hubbard saves those rare classes for anniversaries of Prince’s death or birthday or “moments that need an energetic kick.”

“We can have fun doing this, too,” he said. “Someone was like, ‘No one has ever taught yoga and Prince.’ I was like, ‘That’s not my problem.

“I’m just happy that I was able to think of it,” he added.

Hubbard said his practice is less about exercise than about taking deep breaths, finding alignment in the body and a peaceful mind “to keep doing this crazy ass work.”

One of his routines is designed to return motion to the wrists, neck, and shoulders to reverse bad habits from sedentary work. “And the other aspect of it too is that the breath is deeper, which gives you more space in your mind and body to like see things as they are,” he said.

The practices he taught a group of fellows from the Blue Leadership Collaborative in April were simple, accessible, and tailored for people who spend 10 hours hunched over a computer. “The only thing that should look like this is a Tyrannosaurus Rex,” he told them, locking his wrists in a ferocious typing pose. “But we’ve all done this, right?”

The Collaborative trains people, with an emphasis on women and people of color, to manage political campaigns. “I did this the wrong way,” Hubbard told them, describing the chain smoking, drinking, and 85-pound weight gain that accompanied his early life on the road in politics. “If you can learn anything from my mistakes, please do so.”

Hubbard later recalled for Insider how, after he lost the weight, Biden in 2015 noticed the transformation. “He bounds down the stairs of AF2, sees me and says, ‘Hey skinny…. how you been?'” Hubbard shared in an email about the then-vice president.

Hubbard is not teaching Biden administration officials “but I’m trying, dammit,” he said, laughing. “Because can you imagine what they’ve had to inherit?”

Neither has he gotten Sen. Bernie Sanders on the yoga mat “yet,” though he’s discussed meditation with the 79-year old progressive icon.

Sanders’ Senate staff used to meet with Hubbard in a Hart Senate Office Building yoga room on Fridays in 2018, before Sanders’ last presidential bid. “It wasn’t anything formal,” said Ari Rabin-Havt, now Sanders’ legislative director. “I think it was really great for the staff.”

During the pandemic, Hubbard said his practice became a “reconnection point,” combining yoga, meditation, and community.

Hubbard’s restorative yoga class after the insurrection meant a lot to the staff, Groh said. “He was definitely the right person in that moment to be there and to do that,” she said. “He’s like an organizer’s organizer and pretty much understands this work.”

For Tlaib and her staff, the class with Hubbard at the beginning of the pandemic was “a really great moment to just be human” during a tough time, she said. She chuckled remembering glimpses of people’s thighs and dogs on the screen as they all twisted about.

“Even thinking about it,” she said, “brings joy to me and laughter.”

WHO says India accounts for 46% of world's new Covid cases, one in four deaths