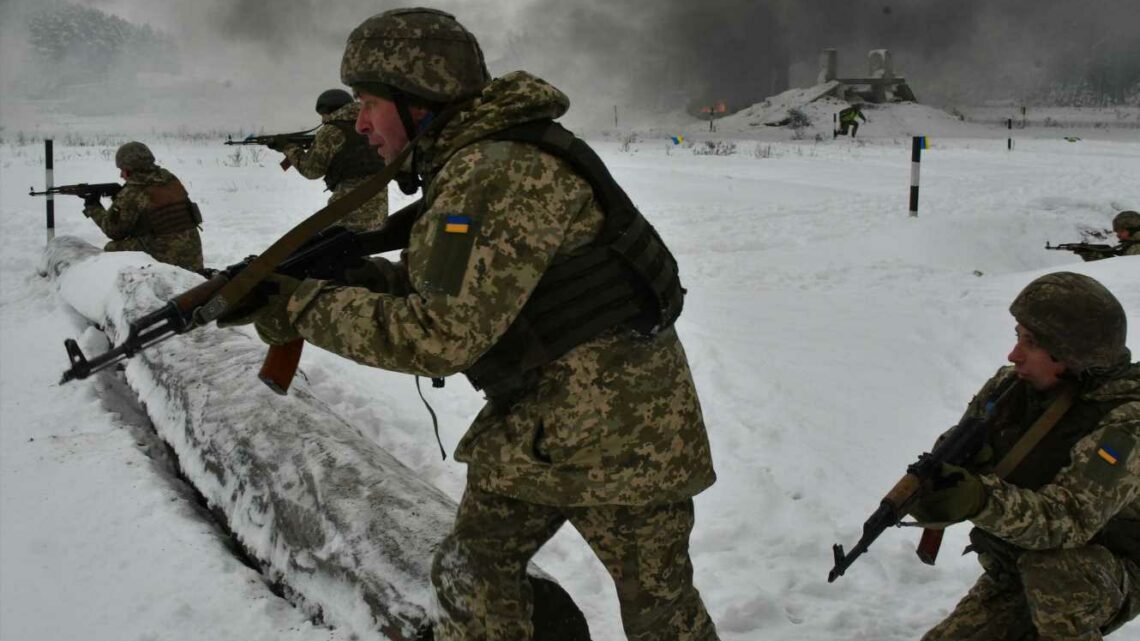 LONDON — There has been a significant uptick in tensions between Russia and Ukraine in recent weeks, prompting concerns that there could be a revival in the military conflict between the neighboring countries.

Since Russia's annexation of Crimea from Ukraine in 2014, there have been ongoing skirmishes between Ukraine's troops and pro-Russian separatists in Donbass, a region in eastern Ukraine. The fighting, which has been punctuated by periods of cease-fire (which both sides have accused the other of violating), is believed to have killed around 14,000 people.

Last week, Ukraine said four of its soldiers had been killed by shelling by Russian forces in Donbass.

Earlier in March, the Commander-in-Chief of the Armed Forces of Ukraine, Ruslan Khomchak, said that Russia's "armed aggression" in the Donbass was a "major threat" not only to Ukraine's national security but to all NATO allies. Earlier this week, he said that there had been a buildup of Russian troops assembling near the border.

Russia's actions have not gone unnoticed in the U.S. On Wednesday, Secretary of State Antony Blinken reiterated Washington's support for Ukraine's territorial integrity "in the face of Russia's ongoing aggression," the State Department said in a statement.

Speaking to Ukraine's foreign minister, Blinken "expressed concern about the security situation in eastern Ukraine and offered condolences on the recent loss of four Ukrainian soldiers," the statement added.

For its part, the Kremlin said on Wednesday it was concerned by rising tensions in eastern Ukraine and that it feared Kyiv's forces could do something to restart a conflict.

"We express concern over the growing tension and express concern that one way or another the Ukrainian side could take provocative actions that would lead to war. We really don't want to see that," Kremlin spokesman Dmitry Peskov said, according to Reuters.

"I mean a civil war, which there already was there," Peskov said, when asked to clarify on a conference call with reporters.

Speaking on Tuesday to German Chancellor Angela Markel and French President Emmanuel Macron, who have tried to broker a peace deal between Russia and Ukraine, Russian President Vladimir Putin expressed "serious concern about the escalation of armed confrontation on the contact line being provoked by Ukraine" and, as Russia sees it, Ukraine's "refusal" to honor agreements that were part of the latest cease-fire coordinated in July 2020.

Timothy Ash, senior emerging markets strategist at Bluebay Asset Management, noted on Wednesday that "it feels like Putin is trying to test and probe the West's defences and resolve to confront him — maybe this is a prelude to a new military offensive in Ukraine."

"It feels like Putin is readying for some big step — maybe a diversion for his own problems at home with Navalny and focus on … State Duma elections. A victory in Ukraine would throw some red meat again to the nationalist crowd in Russia and expose the weakness again of the West," he noted.

Ash advised Russia watchers to keep an eye on water shortages that have been experienced in Crimea. the roots of which were laid seven years ago when Ukraine shut off the North Crimean Canal, cutting off the majority of the region's fresh water supply.

"If anywhere I would watch south and to the water problems being experienced in Crimea. The risk is that Russia is trying diversionary tactics in Donbas when the bigger prize would be a military thrust into Ukraine to capture water courses which supply Crimea with water," Ash replied.

"Maybe Putin thinks the West is weak and divided and unable to respond," Ash continued, citing inadequate sanctions by the Joe Biden administration on, for example, the Nordstream gas pipeline, over the SolarWinds hack that breached U.S. government networks, and 2016 election meddling "as a signal that the U.S. is just petrified to act for fear of what Russia might do."