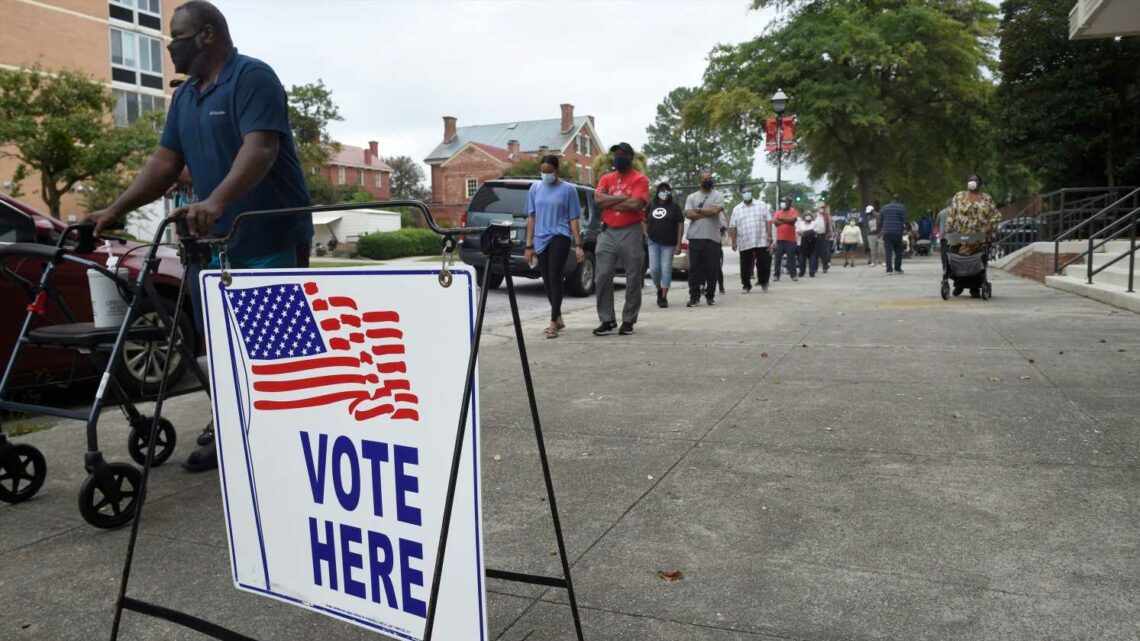 The House is going to vote on a sweeping voting rights act. What’s in it?

WASHINGTON – The House is expected to pass the For the People Act this week, which would provide sweeping reforms to protect voters’ rights, increase election security, mandate independent redistricting and more.

The For the People Act, also known as H.R. 1, was first introduced and passed in 2019 during the last Congress and reintroduced by Rep. John Sabranes, D-Md.

In a statement, Sabranes said the “2020 election underscored the need for comprehensive, structural democracy reform. Americans across the country were forced to overcome rampant voter suppression, gerrymandering and a torrent of special-interest dark money just to exercise their vote and their voice in our democracy.”

The bill had no chance of becoming law when Republicans controlled the Senate, with then-Senate Majority Leader Mitch McConnell, R-Ky., calling it a “terrible bill” and not giving it any floor time. Now with a 50-50 Senate, and Senate Democrats in control, it has somewhat of a higher chance of making it to President Joe Biden’s desk.

However, it faces the prospect of a GOP filibuster, a congressional tactic that essentially requires 60 Senate votes.

Former President Donald Trump, speaking at the Conservative Political Action Conference on Sunday, called the bill a “disaster” and “monster.”

Here’s some of what the legislation would do:

The legislation says, “States and localities have eroded access to the right to vote through restrictions on the right to vote including excessively onerous voter identification requirements, burdensome voter registration procedures, voter purges, limited and unequal access to voting by mail, polling place closures, unequal distribution of election resources, and other impediments.”

About 165 bills that would restrict voting have been introduced this year in 43 states this year, a nearly fivefold increase from the same period in 2020, according to the Brennan Center for Justice.

The legislation would work to combat some of these restrictions by also requiring states to establish electronic voter registration and permit voters to register on Election Day, which Republicans say would make verification harder and lead to increased fraud.

The bill additionally would require states to automatically register felons once they’ve completed their sentences.

The legislation also would expand voter access to absentee and mail-in voting, as well as set ground rules for how voters drop off their ballots, apply to vote-by-mail and more.

Voting by mail skyrocketed in the 2020 election as a result of the COVID-19 pandemic, and uncertainty about voting in person. Some Republicans, including Trump and members of his campaign, falsely alleged it led to voter fraud and his loss.

The legislation would lessen the influence of gerrymandering and require states to establish a bipartisan independent commission to redraw their congressional districts every 10 years.

Currently, a majority of states rely on their state legislatures to draw congressional lines following the census, leading to districts being disproportionately drawn and protective of either party.

However, the redistricting reforms wouldn’t kick in until the 2030 Census, “pursuant to the” next “decennial census.”

One provision in the bill would restrict voter-roll purges by states that civil rights groups say disproportionately affect minority and low-income residents.

Another of the bill’s many provisions calls for Congress to improve voting protections that civil rights groups say have been eroded, notably by a 2013 Supreme Court decision.

That ruling, in Shelby County (Alabama) v. Holder, threw out a section of the 1965 Voting Rights Act that required states and other jurisdictions with a history of voter discrimination to obtain “pre-clearance” from federal officials before making election changes.

The legislation would limit states from purging nonactive voters from their voter rolls without verifying they are ineligible from voting in that state.

The bill aims to make casting a ballot take 30 minutes or less.

During the 2020 primaries and general elections, voters in several states sometimes waited for hours to cast a vote.

It would give the Department of Justice more power to step in to enforce voting rights.

If the legislation becomes law, presidents, vice presidents and candidates for the White House would be required to release their annual tax filings. It also would require the president and the vice president to file a financial disclosure form within 30 days of taking office.

The legislation would increase the security of elections by requiring the use of paper ballots, encourage risk-limiting audits of the ballots and more.

It would also crack down on voter intimidation and the spread of disinformation, including the promotion of false information regarding the right to vote.