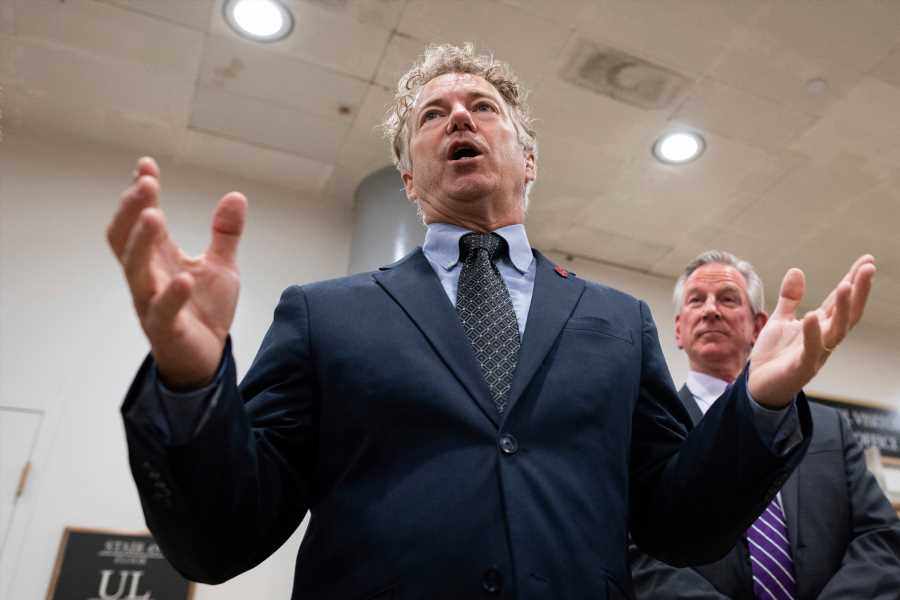 The Covid Misinformation on Social Media Is Coming From Inside Congress

Rand Paul, a United States senator and Republican Party figure of considerable stature, was suspended by YouTube on Wednesday for violating the platform’s policy about spreading Covid-19 misinformation.

Paul has long been a vocal opponent of measures to prevent the spread of the disease, sparring often with Dr. Anthony Fauci while calling for supporters to “resist” the government’s “anti-science” mandates. In the video that triggered the week-long suspension, he claimed that “most of the masks you get over the counter don’t work,” that masks “don’t prevent infection,” and that “trying to shape human behavior isn’t the same as following the actual science, which tells us that cloth masks don’t work.”

This, along with most of Paul’s other claims about Covid, is false. Masks have been proven effective in decreasing the rate at which Covid spreads, and wearing them is recommended by both the Centers for Disease Control and the World Health Organization.

In addition to suspending Paul for a week, YouTube removed the video in question. YouTube removed another one of Paul’s videos last week for the same reason. According to YouTube’s policy, if Paul posts another video with Covid misinformation in the same 90-day period, he will be suspended for two weeks. If he violates the policy again, his account will be suspended permanently. This is all assuming YouTube applies its policy to Paul, which they have indicated they will. “We apply our policies consistently across the platform, regardless of speaker or political views, and we make exceptions for videos that have additional context such as countervailing views from local health authorities,” YouTube said in a statement.

Paul, who has also pushed the idea that tech companies biased against conservatives, responded to the suspension as expected: with pride. “A badge of honor … leftwing cretins at Youtube banning me for 7 days for a video that quotes 2 peer reviewed articles saying cloth masks don’t work,” he tweeted on Wednesday along with a link to another platform hosting the video YouTube removed.

Paul’s suspension comes a day after Rep. Marjorie Taylor Greene (R-Ga.) was suspended for a week by Twitter for violating its policy about spreading Covid misinformation. Greene wields a certain amount of influence over the MAGA sect, but she’s also a conspiracy theorist and a quack who trolled her way into Congress last year. She’s since shown zero interest in anything other than fomenting outrage. Getting banned from Twitter fits squarely within the frame of what she does. Greene is in no way a serious lawmaker.

Paul, however, has been working in politics for decades. He’s been a senator since 2011, long before Trumpism blazed a path for people like Greene to con their way into power. If one were to talk about “respectable” Republicans — to be clear, this is not us — Paul may have been mentioned at some point in the past, back before any of us can still remember. His libertarianism may have kept him at arm’s length of the party’s establishment, but he was still in Washington’s club of esteemed politicians who got plum committee seats and access to the levers of power. He’s now dragged that esteem down to the level of Greene, who is no different than your aunt posting bogus propaganda about how the disease that has now killed close to 620,000 Americans isn’t really so bad, and the only reason Democrats want people to wear masks and get vaccinated is because they hate America.

What’s scary is that this propaganda isn’t just coming from Russian bots, or even from surface-level kooks like Greene or former President Trump. It’s also coming from ostensibly esteemed, ostensibly respectable, buttoned-up elected officials like Paul. It’s no wonder Americans still don’t know what to believe about the virus, that tens of millions of them remain unvaccinated, and that contending with Covid is likely going to be part of everyday life in the United States for far longer than it would have been if Republicans in Congress cared about anything other than stirring up culture wars they think will help them stay in power.

It’s probably worth mentioning that Paul was also the first senator to test positive for Covid last March. He’s since used this positive test to rationalize not getting vaccinated, claiming he has “natural immunity” and that having had Covid is a more effective deterrent than the vaccines. This, too, is false, and the CDC has recommended the vaccine even for those who have tested positive as it’s unclear how long those who have recovered from Covid are protected against re-infection.

Paul has continued to preach ignorance, though, and just as it’s no surprise that he was the first senator to come down with Covid, it’s no surprise that the Republicans he’s preaching to make up the vast majority of the Americans yet to be vaccinated, and that Americans yet to be vaccinated make up the vast majority of new cases, hospitalizations, and deaths as the Delta variant continues to spread.