The allegations about Hunter Biden’s business dealings in China, explained

In December 2013, Vice President Joe Biden descended the steps of Air Force Two in Beijing, where a mix of Chinese officials and U.S. diplomats awaited him on the tarmac. He was flanked by a gaggle of aides – and his son, Hunter Biden.

The goal of Vice President Biden’s diplomatic visit was to tamp down rising tensions in the region. The goal of Hunter Biden’s visit remains unclear.

He insists he only traveled on the vice president’s plane to escort his teenage daughter, who also flew on Air Force Two, though he later conceded that he met with some business associates in a social capacity during his time there. But President Donald Trump and his personal lawyer, Rudy Giuliani, insist there was more to it.

“The Biden family was PAID OFF, pure and simple!” Trump tweeted Sunday, echoing an accusation raised by Giuliani. Trump added on Twitter that Hunter Biden “got 1.5 Billion Dollars from China despite no experience and for no apparent reason. There is NO WAY these can be legitimate transactions?” 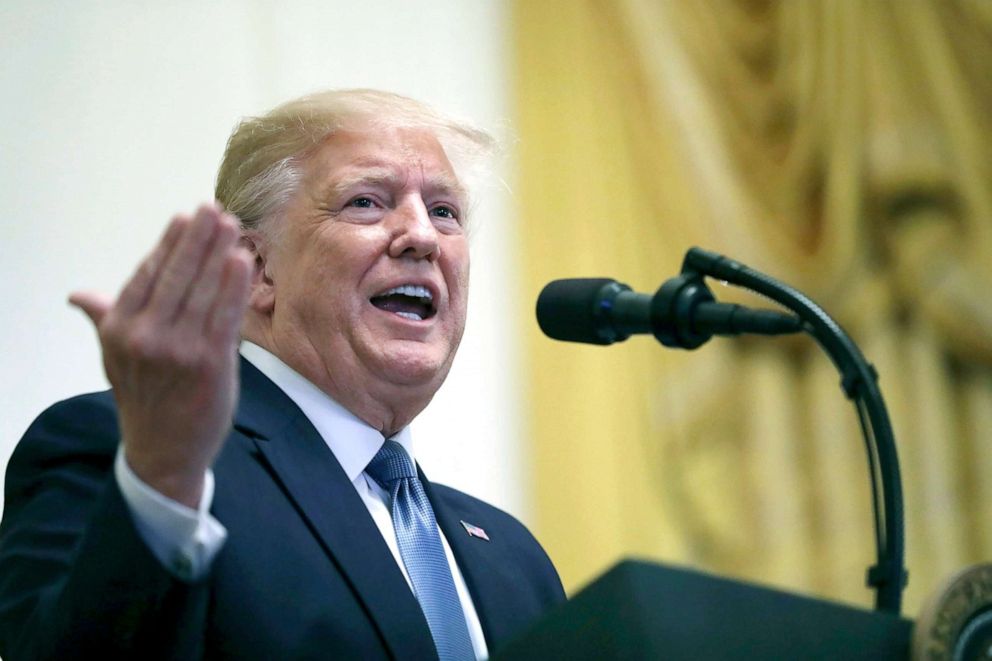 President Trump has faced backlash for his effort to encourage Ukraine to investigate Vice President Biden, the fallout from which has led to an impeachment inquiry in Congress.

But in recent days, the president has turned his attention to China, and specifically Hunter Biden’s involvement in negotiating a deal to create a joint-investment fund between his company, Rosemont Seneca, and a Chinese state-run bank. Last week, Trump called on Beijing to launch an investigation into the Bidens.

Neither Hunter Biden nor his father has been accused of any illegal activity in China, but to some extent, ethics experts agree with Trump’s point about the appearance of a conflict of interest, particularly in light of Joe Biden’s diplomatic role toward the geopolitical rival.

Yet several of President Trump’s accusations – including specific figures he has cited – appear to misinterpret the realities of Hunter Biden’s arrangement with the investment firm.

It is true that at the time of his visit to Beijing in late 2013, Hunter Biden was engaged in business there as a participant in a company called Bohai Harvest RST. The corporation formed a novel Chinese-American investment fund that involved the Bank of China, a Chinese state-owned entity.

The Beijing-based firm’s website described the venture as being “sponsored” by the Bank of China, and securities filings in the U.S. say the investment fund was created in an effort “to focus on mergers and acquisitions, and investment in and reforms of state-owned enterprise.” 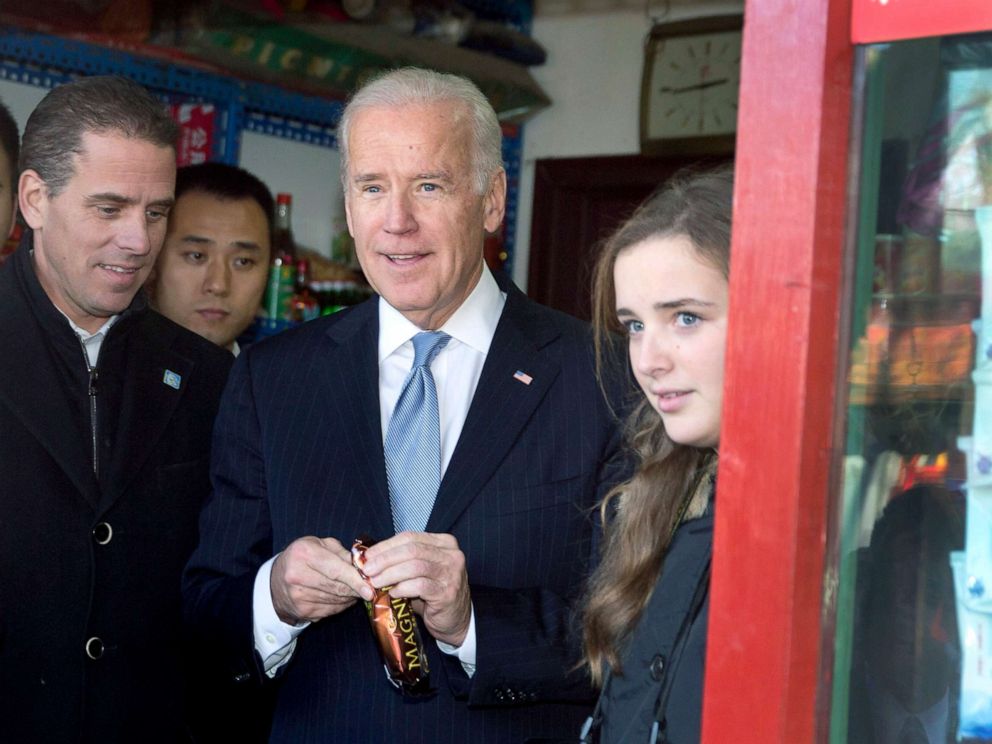 Reports at the time indicated Bohai Harvest RST sought to raise $1.5 billion – not that the Bidens pocketed $1.5 billion from the deal, as Trump and Giuliani suggested.

A lawyer for Hunter Biden, George Mesires, told ABC News the fund has a registered capital of $4.2 million, and Hunter Biden holds a 10% stake, meaning his committed capital is worth $420,000. It was not immediately clear whether he invested that money himself or whether his 10% stake serves as compensation for his directorship.

Mesires insists Hunter Biden has yet to receive a financial return on investment, adding that he only became a minority stake-holder in the company in October 2017 – after Joe Biden was no longer vice president. Prior to then, he served as an unpaid director.

Furthermore, while Giuliani claimed the Bohai Harvest RST deal was inked “12 days after [the Bidens] returned from a trip to China,” Mesires said the agreement was signed months earlier, in June, and it was a Chinese business license that was issued shortly after his visit to Beijing in December 2013.

Hunter Biden continues to play an active role in the investment fund, according to his lawyer, but the genesis of his relationship with the Chinese remains unclear. On Monday, the South China Morning Post reported that Bohai Harvest RST’s chief executive said he “was working to produce an explanation about Hunter’s role.”

Ethics experts say his ongoing business ties could present the appearance of a conflict of interest if his father is elected president.

“If Hunter Biden is still connected with [the Chinese investment firm], he needs to get out of that relationship,” Robert Weissman, president of Public Citizen, a non-profit and non-partisan advocacy group, told ABC News. “And there should be as much clarity as possible about what actually is going on there as well.”

As for the 2013 visit, an attorney for Hunter Biden told ABC News the vice president’s son accompanied his daughter Finnegan Biden on the Air Force Two trip to Beijing and conducted no business during the visit.

But in an interview with The New Yorker published in July, Hunter Biden said he did meet with business partners at Bohai Harvest RST during his time in China. In fact, he said he even organized for one of his associates to meet his father. Afterward, according to the magazine, Hunter Biden and the business associate “had what both parties described as a social meeting.”

“How do I go to Beijing, halfway around the world, and not see them for a cup of coffee?” Biden told the magazine.

Despite Hunter Biden’s dismissal of the matter, the interaction between Joe Biden and Hunter Biden’s Chinese business associate crossed a line, according to an ethics expert, assuming the vice president knew to whom he was being introduced.

“If [Vice President Biden] did know, it would have been a mistake – an error of judgment,” Weissman told ABC News.

“That said, this is orders of magnitude less consequential than the best ethical lapse of the Trump administration,” Weissman added, particularly with regard to the president’s ongoing financial interest in the Trump Organization, which is now led by his two adult sons.

Trump has been quick to echo Giuliani’s allegations against the Bidens and last week went so far as to call on Beijing to launch a formal probe.

“China should start an investigation into the Bidens,” Trump said, “because what happened in China is just about as bad as what happened with Ukraine.”

President Trump’s allies have struggled to justify his language in recent weeks, and on Sunday, one of the president’s staunchest defenders in Congress could only brush his comments aside as a joke.

“You really think he was serious about thinking that China is going to investigate the Biden family?” Rep. Jim Jordan, R-Ohio, rhetorically asked on ABC News’ “This Week” with George Stephanopoulos on Sunday. “Remember, this is the president who’s been tougher on China than any other president.”

The Biden camp, for its part, fired back on Sunday, calling the president “a pathological liar.”

“Soon Trump will run out of countries he can pressure to bail him out politically, and he will lose the old-fashioned way,” read a statement from campaign spokesperson Andrew Bates. “An intervention by his own country — courtesy of the American people — in 2020.”