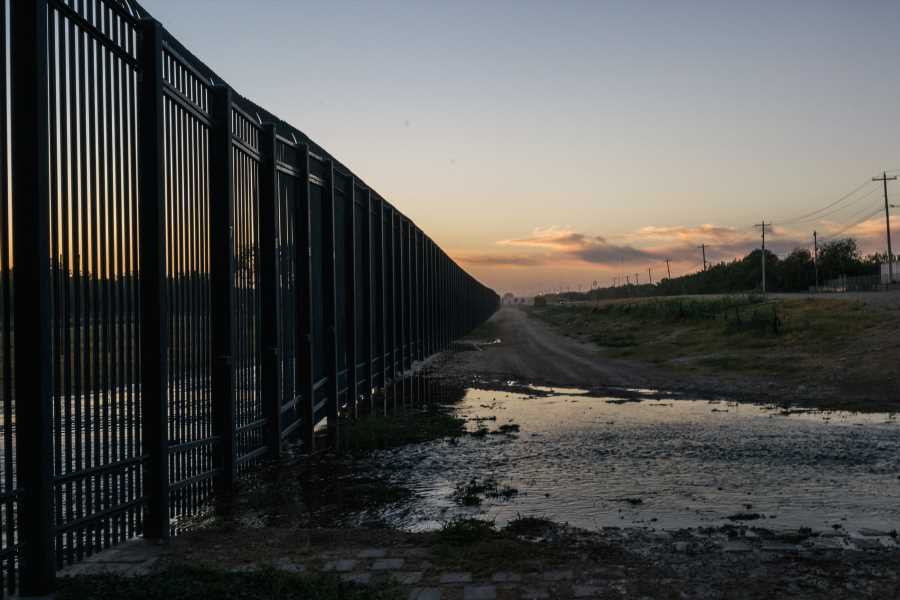 Texas Republicans Seem Pretty Much Over That Whole Constitution Thing

Republican Gov. Greg Abbott’s plan to crack down on undocumented immigration across the U.S.-Mexico border has led to the arrests of hundreds of migrants who are now languishing in Texas prisons, often without being charged with a crime or assigned legal representation in violation of both their constitutional rights and Texas state law.

The Texas Tribune reported that as of Friday, almost 900 male migrants captured as part of Abbott’s “Operation Lone Star” have been imprisoned for weeks without charges. Dozens more have been held for over a month without an assigned attorney.

According to Texas state law cited by the Tribune, the state must appoint an attorney for defendants who request a lawyer but cannot afford one within “three working days” of the request. A separate Texas statute requires prosecutors to file charges quickly. In cases of trespassing — which is what most of the migrants have been arrested for — the deadline is 15 or 30 days, varying with the level of the charges, according to the Tribune. Defendants are also guaranteed the right to a lawyer and the right not to be held without formal charges for an unreasonable amount of time under the U.S. Constitution. As the Tribune puts it: “Defense attorneys have started asking courts to set migrants free because local justice systems, overwhelmed by arrests under Gov. Greg Abbott’s border security push, are routinely violating state law and constitutional due process rights.”

The border operation, which Abbott has nicknamed “catch and jail,” involves the state placing “No Trespassing” signs on privately-owned properties by the border. That way, when an immigrant sets foot onto the property, they can be arrested for trespassing, a crime Abbott has increased to a Class A misdemeanor. Abbott has created a Texas Border Patrol force, which includes state troopers, National Guard and law enforcement from other Republican states to carry out the arrests. Texas has even repurposed two Texas prisons to hold the migrants.

But once they are incarcerated, many are kept in prison for weeks, often with no charges filed and no legal representation. Houston defense attorney Amrutha Jindal, who spoke with the Tribune, works for a Houston non-profit, Restoring Justice, that has been assigned to represent approximately 50 migrants. Many of their clients were arrested early last month and have been without legal representation for weeks.

“They didn’t have anyone communicating to them about their cases or their process,” Jindal told the Tribune. “You’re just sitting in jail, and the clerk doesn’t have records of you existing.”

“The system crumbles without due process,” she said.

Texas RioGrande Legal Aid is a nonprofit organization that has volunteered to represent more than 500 of the migrants and refugees because, the group said in a statement, “only eight local defense attorneys were initially willing to take the cases.”

The U.S.-Mexico border has made news in recent weeks as thousands of migrants, including many coming from Haiti, had gathered there seeking shelter in the United States. Last week, disturbing footage showed U.S. Border Patrol on horseback swinging their reins at the migrants. This led Homeland Security to open an investigation into the incident, and President Biden promised that “those people will pay.” But on Sunday, during an appearance on Fox News Sunday, Abbott told the agents who may soon be fired that he would happily hire them as part of his Texas Border Patrol.

“You have a job in the state of Texas,” Abbot said, adding, “I will hire you to help Texas secure our border.”