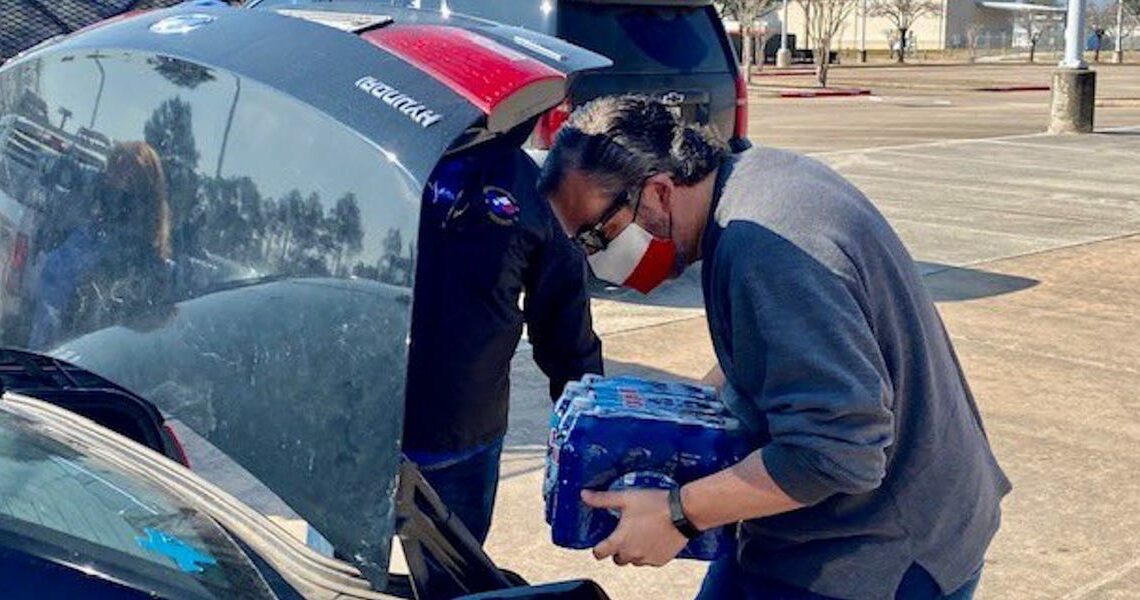 Sen. Ted Cruz is being mocked for posting pictures of himself loading water bottles into a vehicle as he seeks to repair the political damage from jetting off to Cancun for a family vacation during the winter storms that devastated Texas.

Cruz posted the pictures Saturday night showing him loading packs of water into a car in an empty parking lot under the hashtag #TexasStrong.

In the post, Cruz did not say where the pictures were taken.

Millions of people in Texas are facing water shortages because freezing temperatures burst water pipes, while low water pressure has made tap water unsafe to drink in other areas, reported The Associated Press.

The images were posted as Cruz faced fierce criticism for traveling to Mexico’s Cancun beach resort on Wednesday as winter storms tore through Texas, leaving at least 47 dead.

And there was more criticism for Cruz after he posted the pictures, which some said appeared to be staged.

“I’m glad someone in Ted Cruz’s Senate office finally instructed him on how to fake compassion, humanity, and creating the illusion that he cares about the people he was elected to serve,” wrote Melissa Ryan, a researcher on disinformation.

“First you abandon your constituents, now they are crisis photo opps to you? Do you have any shame at all @tedcruz?” wrote David Weissman, an activist and journalist.

Scientist Peter Gleick pointed out that Cruz is apparently violating CDC rules advising travelers returning from Mexico to self-quarantine for 7 days and get a COVID-19 test.

Others contrasted Cruz’s response to the disaster with New York Rep. Alexandria Ocasio-Cortez, who has raised $4 million in relief for Texas and volunteered at a food bank in Houston, Saturday.

In media interviews after returning from Mexico, Thursday Cruz claimed that he had been accompanying his wife and daughters to Cancun wanting to be a “good dad” but returned early because it “didn’t feel right.”

Cruz’s office didn’t immediately respond to a request for comment on the pictures’ criticism.