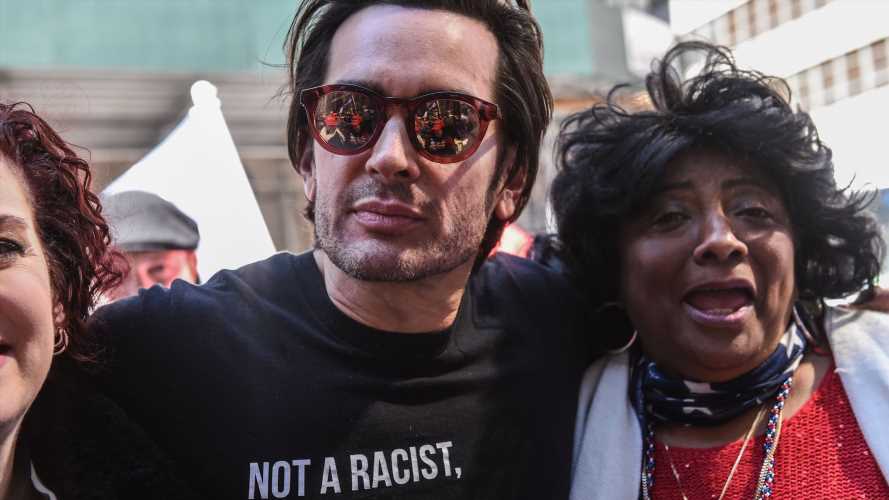 An organizer of the “Stop the Steal” rally who once spoke at a campaign rally for former President Donald Trump was arrested Monday in connection with his role in the Jan. 6 Capitol siege in Washington, D.C.

Brandon Straka, 44, was arrested in Omaha, Nebraska, by FBI agents and charged with multiple federal crimes after investigators uncovered a litany of video and social media evidence that put Straka amid the heart of the day’s violence, according to a criminal complaint.

In a 58-minute video posted to YouTube, Straka acknowledged that he marched to the Capitol and said he was “one of the speakers slated to speak at the Capitol.”

Though Straka claimed he didn’t witness any violence or vandalism, authorities uncovered tweets in which he appeared to encourage those who stormed the Capitol.

“I’m completely confused. For 6-8 weeks everybody on the right has been saying ‘1776!’ & that if congress moves forward it will mean a revolution!” Straka wrote in a tweet the day of the insurrection, according to his criminal complaint. “So congress moves forward. Patriots storm the Capitol ― now everybody is virtual signaling their embarrassment that this happened.”

In another tweet, he said: “Perhaps I missed the part where it was agreed this would be a revolution of ice cream cones & hair-braiding parties to take our government back from lying, cheating globally interested swamp parasites. My bad.” 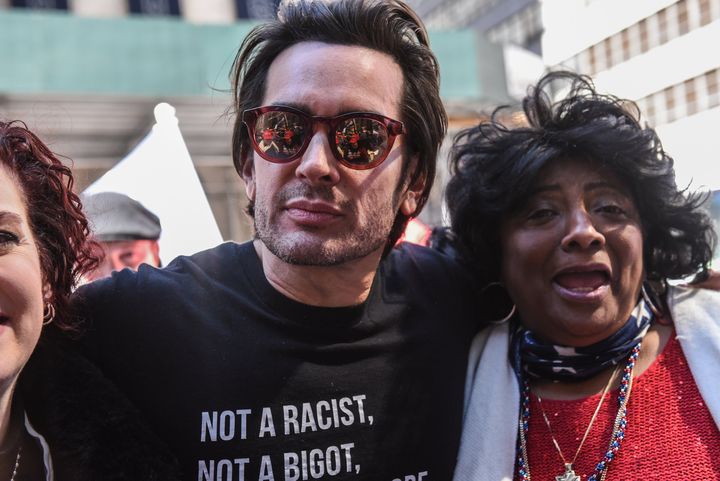 In an eight-minute YouTube video that an unidentified witness brought to the FBI’s attention, Straka can be seen storming the Capitol with the crowd.

As Straka and the crowd pushed forward, a U.S. Capitol officer held up his shield in an attempt to stop the crowd from advancing.

“Take it away from him,” Straka can be heard saying in the video, according to the FBI. “Take the shield!”

Members of the crowd begin to put their hands on the shield as Straka continues to yell in the video: “Take it! Take it!”

More from the complaint:

Straka spoke at a 2019 Trump rally in Cincinnati, where he was an opener for a lineup that included Trump, then-Vice President Mike Pence and Donald Trump Jr., Talking Points Memo noted.

The right-wing activist rose to prominence for his “WalkAway” campaign, which aims to turn liberals into conservatives. In a January 2020 interview with C-SPAN, Straka bragged about his relationship with Trump when he described a meeting between the two at a Mar-a-Lago event in Palm Beach, Florida.

“He had some incredibly kind and generous things to say to me about the movement itself, but I think the most special part was, we were there at the dining area of Mar-a-Lago, and he was going around to tables nearby and just telling people, ‘Do you know who he is? Do you know what he’s doing? He’s getting people to leave the Democratic Party! He’s tremendous! It’s tremendous!’” Straka told C-SPAN.

Straka also made the news in June, when he was banned from American Airlines for refusing to wear a mask in spite of the coronavirus, which at the time had killed more than 100,000 Americans and has now killed more than 400,000.

In connection with the Capitol siege of Jan. 6, Straka has been charged with interfering with police during civil disorder, and illegal entry and disorderly conduct on restricted Capitol grounds.