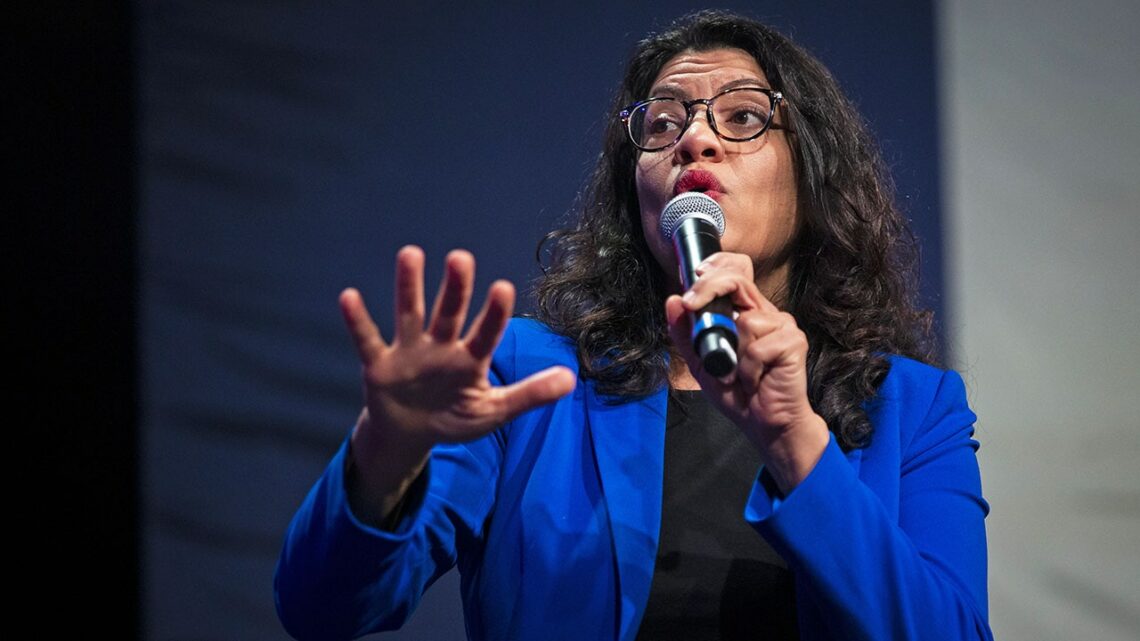 National Journal politics editor Josh Kraushaar tells ‘America’s Newsroom’ the Squad are ‘true blue believers’ and not to expect them to ‘tone done’ their rhetoric.

“Quit messing around and send people the survivor checks we promised them,” tweeted Tlaib, a member of the progressive “Squad.”

She linked to a story about the White House considering lowering the income requirement for receiving stimulus checks, something some experts have reportedly criticized because the decision would be based on data from 2019, before the shutdowns knocked the economy off its feet.

Tlaib tweeted: “Using 2019 income data totally ignores the economic destruction of the pandemic and eliminates the promise to bring relief as was repeated nonstop in the campaign to win Georgia.”

She and other members of “The Squad” — a group of six Democratic extremely progressive members of the House — have been insisting on $2,000-“survival checks” to help stunt the continued financial devastation wrought by the coronavirus shutdowns.

On Monday, White House Press Secretary Jen Psaki issued a statement explaining that the president told Republican senators during a meeting that their relief proposal didn’t do enough to address the crisis.

“He reiterated … that he will not slow down work on this urgent crisis response, and will not settle for a package that fails to meet the moment,” Psaki said of Biden.

According to The Washington Post on Tuesday, a White House spokesman said that Biden “remains committed to finishing the job on delivering $2,000 in direct relief to Americans who are struggling to make ends meet during this crisis.”