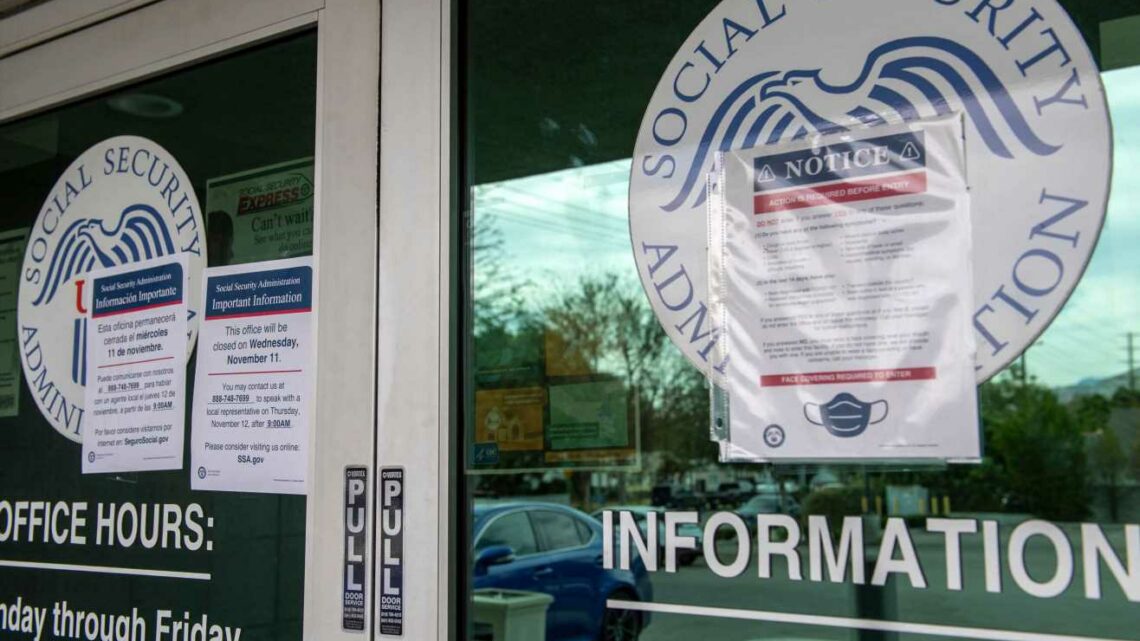 Social Security trust funds now projected to run out of money sooner than expected due to Covid, Treasury says

The Social Security trust fund most Americans rely on for their retirement will run out of money in 12 years, one year sooner than expected, according to an annual government report published Tuesday.

The outlook, aggravated by the Covid pandemic, also threatens to shrink retirement payments and increase health-care costs for older Americans.

The Treasury Department oversees two Social Security funds: The Old-Age and Survivors Insurance and the Disability Insurance Trust Funds. Those programs are designed to provide a source of income respectively to former workers who have retired at the end of their careers or to those who cannot work due to a disability.

Officials said that the Old-Age and Survivors trust fund is now able to pay scheduled benefits until 2033, one year earlier than reported last year. The Disability Insurance fund is estimated to be adequately funded through 2057, eight years earlier than in the report published in 2020.

Though the two funds are separate under law, the Treasury Department said the hypothetical combined funds would be able to pay scheduled benefits on a timely basis until 2034.

Senior administration officials said in a press briefing Tuesday afternoon that a spike in deaths among retirement-age Americans in 2020 helped keep the programs' costs lower than projected. They added that the ultimate, long-term impact of the coronavirus is less clear as costs and revenues return to their extended forecasts.

The Treasury Department said it estimates the level of worker productivity and thus GDP is assumed to be permanently lowered by 1% even as they are projected to resume their pre-pandemic trajectories.

Nevertheless, the financial outlook for Social Security and Medicare, two of the nation's preeminent safety net programs, has deteriorated over the past year as Covid hastened retirements and caused a contraction in the size of the U.S. labor force.

There was no change from last year's projection that the Medicare's hospital insurance fund would be depleted in 2026. At that point, doctors, hospitals and nursing homes would not receive their full compensation from Medicare and patients would likely bear the responsibility for any cuts to coverage.

"The finances of both programs have been significantly affected by the pandemic and the recession of 2020," the Treasury Department said in materials released Tuesday. The combined effects of a dive in employment, interest rates, earnings and GDP, as well as higher mortality for the next few years "all significantly impact the outlook of the programs."

In their entirety, the funds act as pillars upholding the retirement plans of tens of millions of Americans, current and future. Americans have for decades come to assume that the programs they spent years contributing to in payroll taxes would in turn provide for them.

The programs have become so popular that they are often dubbed the "third rail" of U.S. politics — simply too dangerous to touch. Treasury Secretary Janet Yellen struck that tone in a statement released Tuesday.

"Having strong Social Security and Medicare programs is essential in order to ensure a secure retirement for all Americans, especially for our most vulnerable populations," she said. "The Biden-Harris Administration is committed to safeguarding these programs and ensuring they continue to deliver economic security and health care to older Americans."

But the future of that model is now in the middle of a slow-moving crisis: Within the past two years, the program has started to draw down its assets in order to pay retirees all benefits promised.

In other words, Social Security's costs in the form of monthly payments to retirees now exceed the income it takes in from U.S. workers. Projected to soon consistently operate in the red, the program's reserve fund would be depleted around 2033.

If Congress does not act by that time, Social Security law would cut benefit checks for retirees by about 20% across the board. For a demographic that has planned on those payments, and usually has few other avenues of income, a 20% reduction could prove disastrous and threaten to throw many Americans into poverty.

Social Security has long known it faces a simple math problem: With thousands of baby boomers retiring every day, there is an insufficient number of younger people entering the workforce to offset the cost.

By Social Security's estimates, the number of Americans 65 or older will increase to more than 79 million by 2035, up from the current 54 million, according to Census data. Meanwhile, the number of births in the U.S. declined last year by 4% from 2019, double the average annual rate of decline of 2% since 2014, the CDC said in May.

The U.S. birth rate is now so low that the nation is "below replacement levels," meaning more people die every day than are being born, the CDC said.

The SEC vs. Ripple Case Is Starting To Take A Surprising Turn As Ripple Strives To Uncover XRP Holdings Of SEC Employees