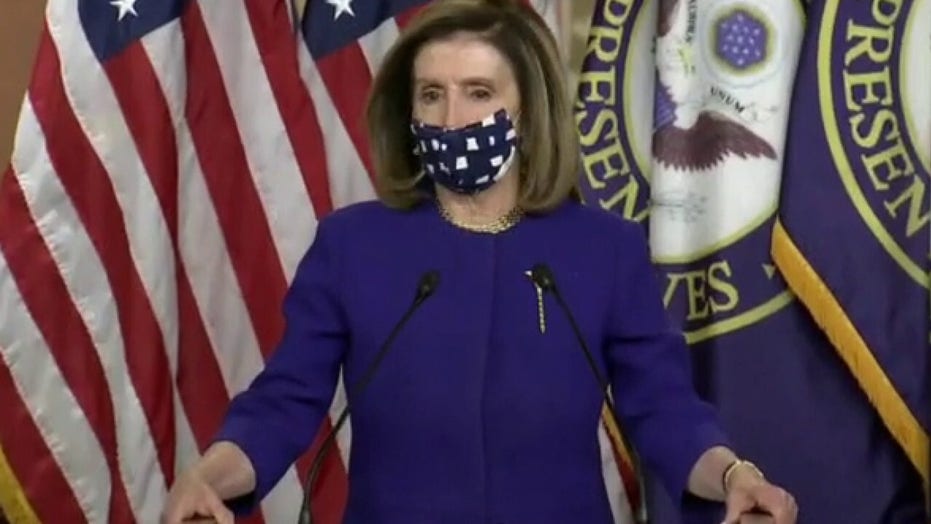 EXCLUSIVE: Senate Republicans have produced a mini-documentary film about the coronavirus pandemic and how they worked to pass swift, bipartisan legislation to combat the virus and deliver economic relief.

The "Invisible Enemy" five-part series will air next week on all the @SenateGOP online platforms. The documentary chronicles the last eight months from inside the Capitol as lawmakers grapple with an unprecedented challenge of a global pandemic and a massive shutdown of the economy to stop the spread.

The sleek production offers a backstage narrative on how Senate Republicans responded to the crisis while casting some shade on Democrats.

"Senate Republicans are committed to beating this virus and are racing towards a vaccine," Sen. John Barrasso, R-Wyo., a medical doctor and chairman of the Senate Republican Conference said in a statement to Fox News. "This documentary is a behind the scenes look at how Republican senators are working to beat it.  We want to inform folks at home and encourage them. America will get through this, together.”

A trailer of the series, first obtained by Fox News, includes interviews with senators against a black backdrop as they recall the early uncertain days of the virus, the global spread and the quick shutdown of professional sports and the rest of the economy.

Senators in their interviews were particularly tough on China's failure to contain the virus and also on Democrats for their "wish list" demands in coronavirus relief talks. In one scene, Sen. Ted Cruz, R-Texas, is seen shaking his head in disappointment while watching the May 27 televised comments from House Speaker Nancy Pelosi saying, "this is an opportunity, every crisis is." 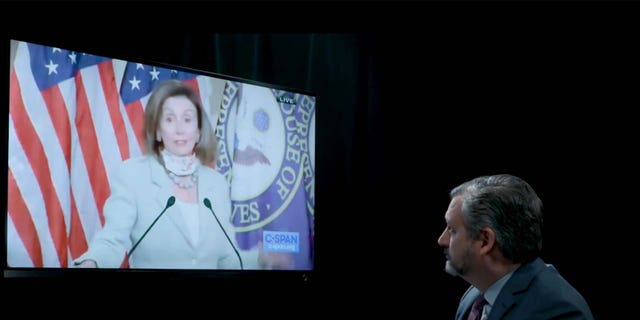 Pelosi and House Democrats have passed two major coronavirus relief bills — one $3 trillion bill in May and another $2.2 trillion package in October — and they've been pressuring Senate Republicans to act for months. But the Senate has been unable to pass any additional bills as debt-conscious Republicans are leery of another round of major spending and Democrats believe the crisis necessitates a big response.

The film is broken up into five short episodes, each five to seven minutes. They chronicle the arc of the coronavirus starting back in the early days of the virus during President Trump's impeachment, the travel ban from China, developing the legislative response, the economic relief and the current stalemate on a new round of coronavirus relief funds.

The film offers behind-the-scenes interviews with senators who were instrumental in drafting the CARES Act, the more than $2 trillion stimulus package that was signed into law in March that set up $1,200 stimulus checks, expanded $600 federal unemployment insurance and the $670 billion Paycheck Protection Program for small businesses.

But those lifelines that propped up the economy in the early weeks of the pandemic lapsed months ago as well as the bipartisanship that forged such a swift response.

The timing of the film — just days before the election — comes as Senate Republicans are battling to keep control of the Senate majority and many Americans are desperate for another round of relief. 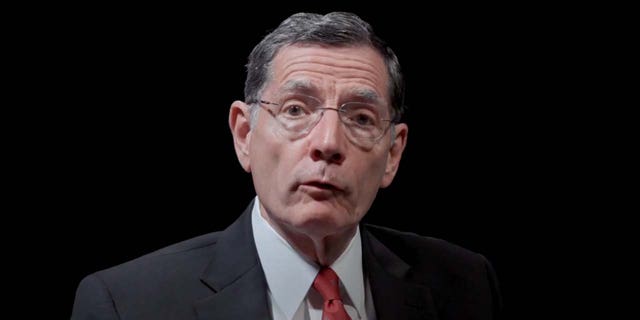 Senate Republicans are under pressure now from both Democrats and President Trump to embrace another roughly $2 trillion stimulus package, but Senate Majority Leader Mitch McConnell has resisted and prefers a more targeted $500 billion bill and is concerned Pelosi is negotiating in bad faith.

Over 1,000 New Yorkers hospitalized for COVID-19, the state’s highest level since June