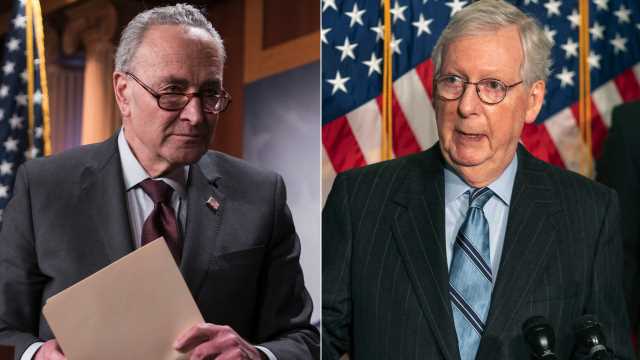 Former President Trump’s impeachment is slated to continue throughout the weekend under a resolution authored by Senate Majority Leader Chuck Schumer and GOP Leader Mitch McConnell.

Initially, the trial was to break for the Jewish Sabbath on Friday evening and Saturday due to a request from Trump’s legal team. But Trump’s lawyer David Schoen withdrew his request late Monday to “bring to a conclusion for all involved” and said other members of the defense team can handle the case as he observes the Sabbath.

The Senate approved the resolution by an 89-11 vote in one of its first actions during the impeachment trial.

TRUMP’S IMPEACHMENT TRIAL: EVERYTHING YOU NEED TO KNOW

The eight-page bipartisan resolution set out the rules and timeline for Trump’s second impeachment trial in an effort to complete the unprecedented proceedings in a fair and speedy fashion. Trump’s legal team and House Democratic impeachment managers have signed off on the timeline.

“Unlike the previous impeachment, Leader McConnell and I are introducing the resolution together. No one can claim it’s not fair,” Schumer, D-N.Y., said Tuesday.

WHO ARE THE DEMOCRATIC TRUMP IMPEACHMENT MANAGERS?

The Senate will then take a vote on whether the trial should be dismissed on Tuesday. A simple majority vote is needed.

The Senate already took a vote last month after Sen. Rand Paul, R-Ky., challenged the constitutionality of the trial. His effort failed by 55-45 vote, signaling the majority of the senators believe a trial is constitutional.

On Wednesday, the trial will resume at noon. House impeachment managers will have up to 16 hours over two days to make their case on why Trump is guilty of inciting insurrection during the Jan. 6 Capitol riot. Trump’s legal team will then have 16 hours to present his defense over two days.

THESE ATTORNEYS ARE DEFENDING TRUMP IN THE IMPEACHMENT TRIAL

WHO IS SENATE PRO TEMPORE PATRICK LEAHY AND WHY IS HE PRESIDING OVER TRUMP IMPEACHMENT TRIAL?

The trial is slated to continue through Saturday and begin at 2 p.m. Sunday.