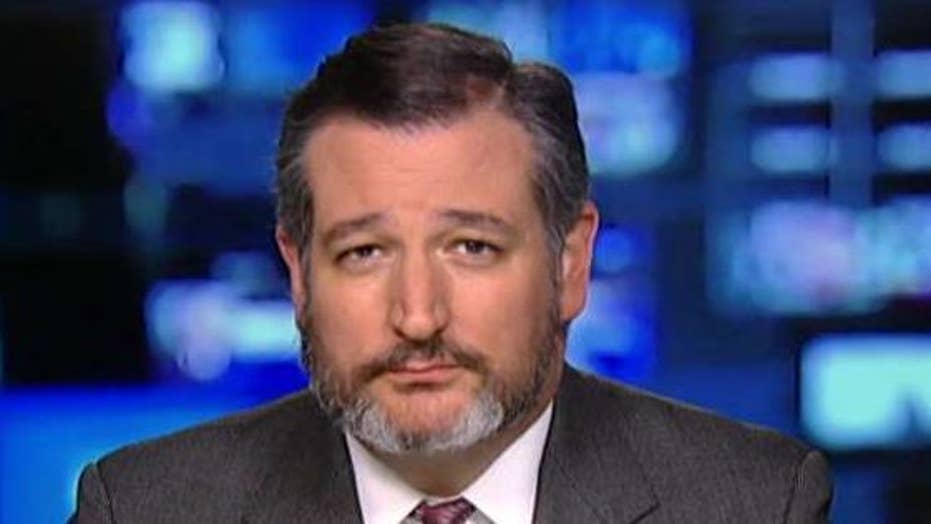 Cruz: Extreme left has a history of anti-Semitism, anti-Israel hatred

"Well, it's unfortunately a growing problem. The Democratic Party as a whole is galloping to the left. And one of the components of that is the extreme left has a long history of anti-Semitism of anti-Israel hatred. We're seeing it with this freshman trio, these three freshman house members who keep expressing anti-semitic, anti-Israel comments, Cruz said on "Hannity."

"Whether it's congresswoman Tlaib's comments about the Holocaust, which are just… they're horrifying, or whether it's Congresswoman Omar's tweet attacking Israel, saying 'it's all about the Benjamins.' It's repeating anti-Semitic attacks," he added.

Tlaib, who is Palestinian-American and one of two Muslim congresswomen, discussed the Holocaust on the Yahoo News podcast "Skullduggery."

Tlaib added: "And, just all of it was in the name of trying to create a safe haven for Jews, post-the Holocaust, post-the tragedy and the horrific persecution of Jews across the world at that time. And, I love the fact that it was my ancestors that provided that, right, in many ways, but they did it in a way that took their human dignity away and it was forced on them."

Tlaib has been condemned by many for the comments, including President Trump.

"Policing my words, twisting & turning them to ignite vile attacks on me will not work. All of you who are trying to silence me will fail miserably. I will never allow you to take my words out of context to push your racist and hateful agenda. The truth will always win," Tlaib tweeted.

All three are new to Congress but have garnered a tremendous amount of media attention.

Cruz criticized the Democratic Party and leadership for not distancing themselves from the three.

"It would be one thing if it's a couple of fringe radicals in their party, but what we've seen at least in the House of Representatives the Democratic Party as a whole, the leadership as a whole, is unwilling to distance themselves from these radicals, from these extreme and really harmful sentiments," Cruz said.

Serial killer leaves as many questions as victims