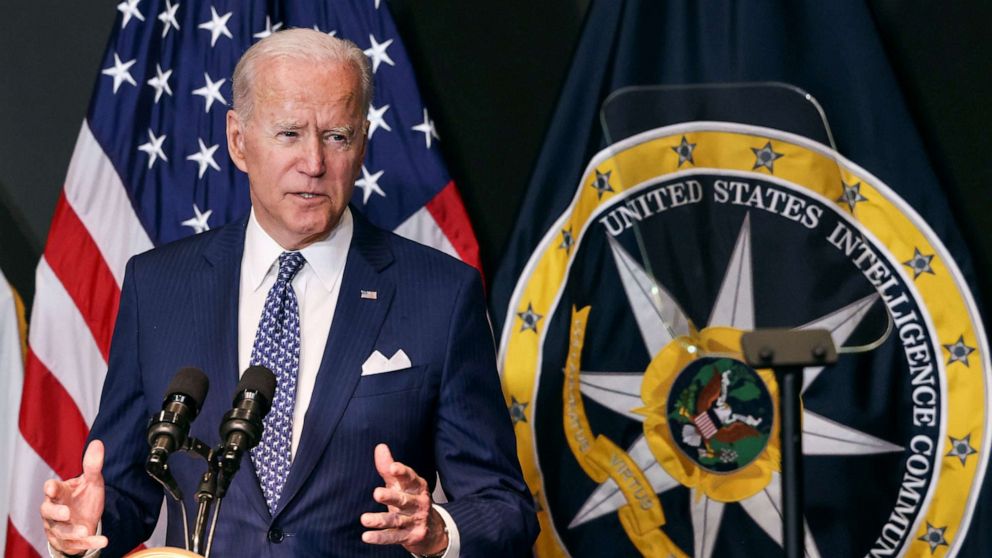 Requirement for all federal employees to get vaccine 'under consideration': Biden

President Joe Biden said Tuesday afternoon that a mandate to require all federal employees to be vaccinated is now “under consideration.”

He said this one day after the Department of Veterans Affairs moved to require all health workers get a COVID-19 vaccine and shortly after the Centers for Disease Control and Prevention cited new science on the transmissibility of the delta variant and reversed its mask guidance.

“It’s under consideration right now,” Biden said when asked by ABC News if the federal government would expand the vaccine mandate. “But if you’re not vaccinated, you’re not nearly as smart as I thought you were.”

As he wrapped a visit to the Office of the Director of National Intelligence, ABC News also asked the president about Tuesday’s new guidance from the CDC, recommending masks for vaccinated Americans in public, and whether it would cause confusion, but Biden continued to focus on those who remain unvaccinated.

“We have a pandemic because the unvaccinated — and they’re sowing enormous confusion,” he said. “The more we learned — the more we learn about this virus and the delta variation, the more we have to be worried, concerned.”

“And the only one thing we know for sure, if those other 100 million people got vaccinated we’d be in a very different world. So get vaccinated. If you aren’t, you’re not nearly as smart as I thought you were,” Biden continued.

Further pressing that point, the CDC late Tuesday issued a health alert to doctors on the need to increase vaccinations “to prevent surges in new infections” that could “overwhelm healthcare capacity” and increase death toll.

Following his remarks, Biden released a statement saying the CDC decision is “another step on our journey to defeating the virus” and that he’d have more to say on Thursday when he will “lay out the next steps” to get more Americans vaccinated.

Regarding the CDC recommendation for students, Biden said it’s “inconvenient,” but gives them a chance to learn “with their classmates with the best available protection.”

He also acknowledged concerns that as cases rise and mask guidance is reversed that the U.S. could be heading back to restrictions and closures but said in the statement, “We are not going back to that.”

Earlier Tuesday, the CDC cited new science on the transmissibility of the delta variant and reversed its mask guidance to recommend that everyone in areas with high levels of COVID, vaccinated or not, wear a mask, as the virus continues to spread rapidly across the U.S.

“This new science is worrisome and unfortunately warrants an update to our recommendation,” CDC Director Rochelle Walensky told reporters during a briefing on Tuesday afternoon.

Throughout Washington there was a quick return to mask wearing for many who had grown accustomed to being without.

Asked about the development, Harris gave a little shrug.

“None of us like wearing masks,” she said bluntly.

She noted that most people dying at this point are not vaccinated.