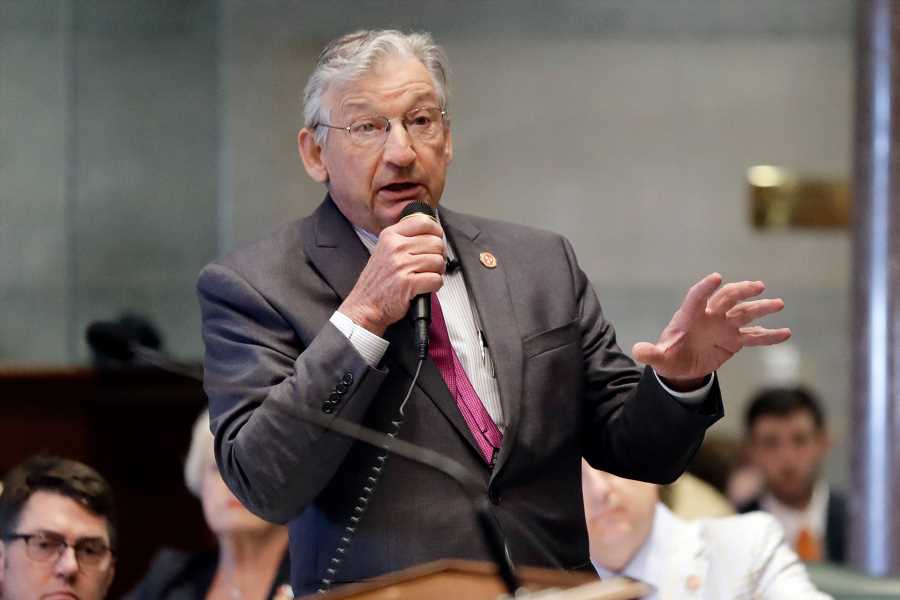 Republican Lawmaker Says Homeless Should Look to Hitler for Inspiration

Tennessee State Senator Frank Niceley on Wednesday used Adolf Hitler as an example of how the homeless can pull themselves up by their bootstraps and make something of themselves. Niceley ultimately acknowledged that Hitler ended up having “a very unproductive life” — begging the question of why the Republican legislator brought him up at all.

The Tennessee legislature was debating H.B. 0978, a bill that makes “solicitation or camping along a controlled-access highway or entrance or exit ramp” a misdemeanor warranting a $50 fine and community service work. It also amends an existing law to “apply the offense of unauthorized camping on state property to all public property.” The bill’s purpose is clear: to limit areas where the homeless can be.

First They Got Long Covid. Then, It Made Them Homeless

The Music Industry Saved Songwriter Hugh Prestwood From Homelessness. Is It Also Responsible for His Plight?

All 206 of Taylor Swift's Songs, Ranked

The bill passed the Senate in a partisan vote, 22 to 10, with only Republicans voting in favor.

“I haven’t given you all a history lesson in awhile, and I want to give you a little history on homelessness,” Niceley began prior to its passage. “[In] 1910, Hitler decided to live on the streets for awhile. So for two years … he practiced his oratory and body language and how to connect with citizens, and then went on to lead a life that got him in the history books.”

“So, a lot of these people — it’s not a dead end,” the Republican continued. “They can come out of this, these homeless camps and lead a productive life. Or in Hitler’s case, a very unproductive life.”

In Niceley’s case, it’s apparently not a dead end in Tennessee public service to join a lawsuit demanding that former President Barack Obama show his birth certificate. Since that decision in 2009, Niceley was reelected to the Tennessee House the following year, then in 2012 won his race for the state Senate, where he was reelected unopposed in 2016 and 2020. Perhaps his constituents see his “history lessons” as too good to do without.