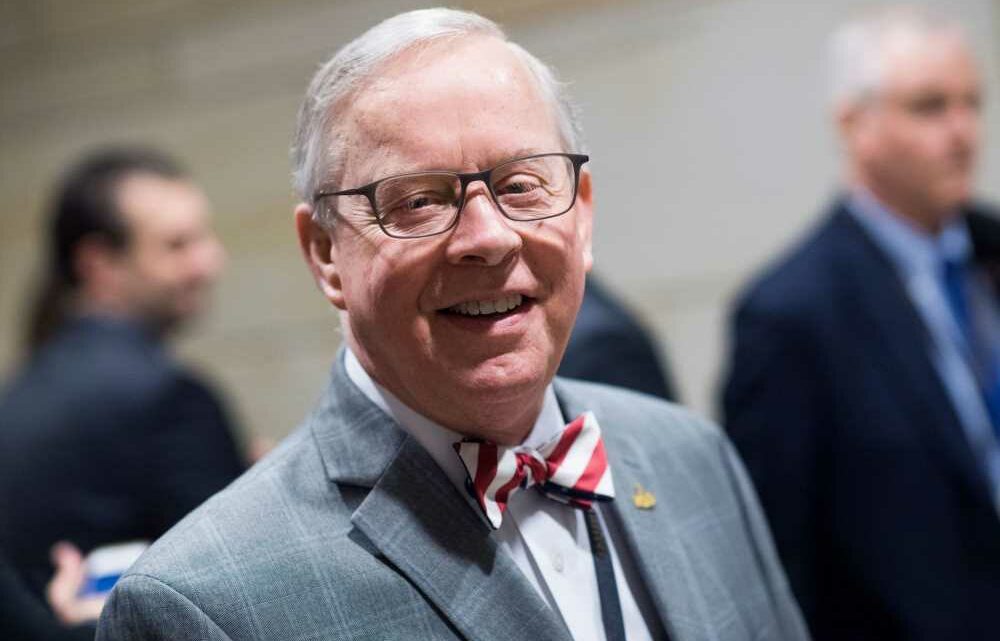 Rep. Ron Wright Dies with Wife Susan 'by His Side' After Both Were Hospitalized with COVID-19 Texas Rep. Ron Wright died Sunday night while hospitalized with COVID-19, after previously being treated for lung cancer. He was 67.

"His wife Susan was by his side and he is now in the presence of their Lord and Savior," the statement added.

In addition to Susan, he is survived by sons Derek and Justin, his daughter Rachel, nine grandchildren and his brother Gary.

The Associated Press reported that Wright, who was first elected in 2018, had been hospitalized for lung cancer last year and had spoken of being treated in 2019 as well.

The cause of Wright's death was not immediately clear and his office did not yet have further details.

The Republican lawmaker represented Texas' 6th Congressional District, in the Dallas-Fort Worth area. The GOP lawmaker announced on Jan. 21 that he and his wife tested positive for the novel coronavirus. At the time, Wright said he was "experiencing minor symptoms"; and he indicated he didn't need hospital care and had planned to continue working from home.

Wright's office said Monday that he and his wife had been admitted to Baylor Hospital in Dallas two weeks ago.

COVID-19 has killed at least 463,000 people in the U.S. out of more than 27 million confirmed cases, according to a New York Times tracker. In the statement Monday, Wright's office said he "will be remembered as a constitutional conservative."

"As friends, family, and many of his constituents will know, Ron maintained his quick wit and optimism until the very end," his office said. "Despite years of painful, sometimes debilitating treatment for cancer, Ron never lacked the desire to get up and go to work, to motivate those around him, or to offer fatherly advice."

Congressional colleagues mourned his death after it was announced Monday.

Rep. Maria Elvira Salazar, a Republican from Florida, said she was "at a loss of words" over the news.

"I'm lucky to have called Ron a friend," Taylor said.

Rep. Chip Roy, another Republican from Texas, said in a statement that he was "deeply saddened" by news that Wright, "a good man and one of my closest friends in Congress," had died.

"The last text I got from Ron was just over a week ago," Roy said. "[Wright's text message] said, 'Still in hospital, but definitely improving. Praying for your family!!!' This was because my family had a positive test amongst us, and he was constantly asking how we were doing, even as his cancer-ravaged body was in a weakened state to battle the virus."

"That is who he was," Roy added, "caring for others to the very last."

Wayfair is having a huge Presidents' Day sale with up to 70% off furniture, decor, and bedding
Technology