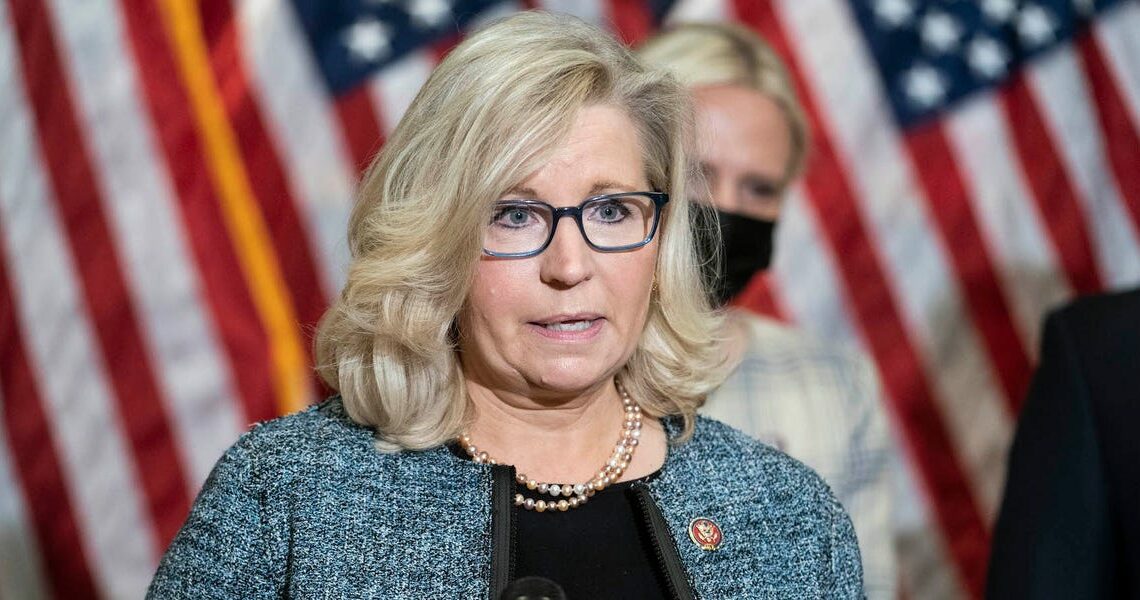 Rep. Liz Cheney says she 'will do everything' she can to make sure that Trump 'never again gets anywhere near the Oval Office'

Republican Rep. Liz Cheney of Wyoming on Wednesday said she is determined to prevent former President Donald Trump from returning to the White House.

“I will do everything I can to ensure that the former president never again gets anywhere near the Oval Office,” Cheney told reporters on Capitol Hill. “We have seen the danger that he continues to provoke with his language. We have seen his lack of commitment and dedication to the Constitution.”

“I think it’s very important that we make sure whomever we elect is someone who will be faithful to the Constitution,” she added.

The comments came after Cheney was ousted as House Republican conference chair in a voice vote on Wednesday morning. GOP members voted to remove Cheney from the top leadership post over her repeated criticism of the former president and opposition to his lies about the 2020 presidential election. She was also one of 10 House Republicans who voted to impeach Trump over his role in the Capitol insurrection on January 6.

Cheney said she believes Wednesday’s vote is “an indication of where the Republican Party is” and that the “party is in a place that we’ve got to bring it back from.”

Cheney also spoke forcefully on the House floor on Tuesday evening, condemning Trump and his “crusade to undermine our democracy.” CNN reported that only one Republican lawmaker stayed to listen to her remarks.

Cheney has previously said that she would not back Trump if he decides to seek the 2024 GOP nomination. She has also made clear that any Republicans who had supported the effort to overturn the 2020 election should be disqualified from running in 2024.

Cheney is expected to be replaced by Rep. Elise Stefanik of New York for the third-highest ranking House Republican slot. Stefanik was a staunch ally of Trump during his term, spread his falsehoods about the 2020 election, and continues to back the former president after the Capitol riot.

The plunge in Ark Invest ETFs is being driven by institutions rather than day-traders, report says

Biden encourages businesses to take advantage of the employee retention credit. Here's what you need to know
Technology