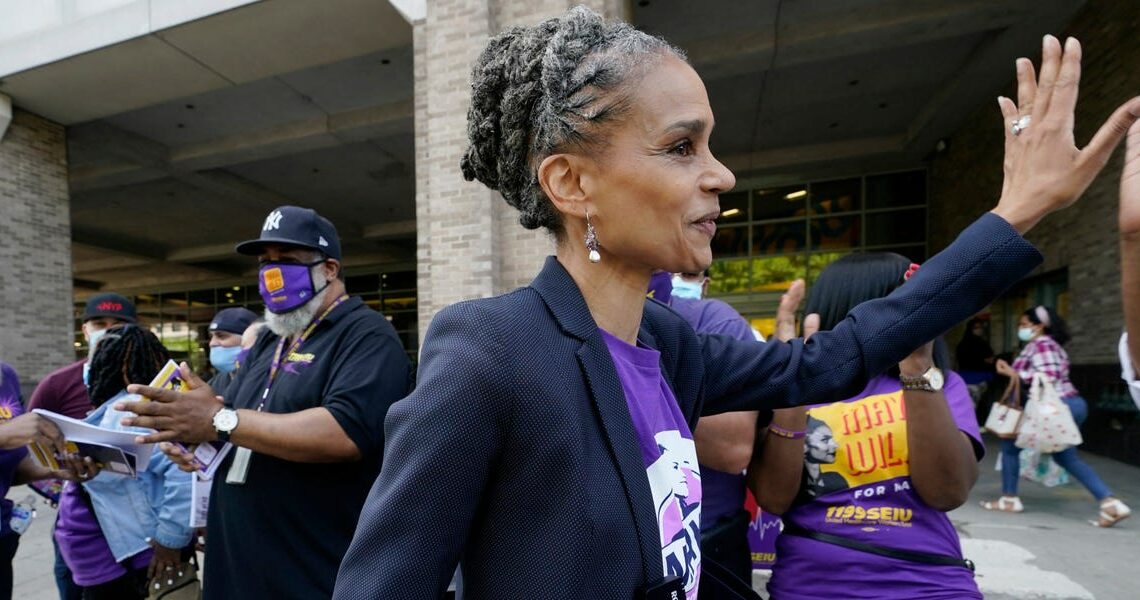 Rep. Alexandria Ocasio-Cortez, one of the most prominent progressive voices in the country, on Saturday endorsed Maya Wiley in the New York City mayoral race, imploring voters to “come together as a movement.”

For Wiley, a civil rights attorney and former political and legal analyst for NBC News and MSNBC, the seal of approval from Ocasio-Cortez is a significant development as she sought to consolidate progressive voters in the run-up to the June 22 Democratic primary.

In accepting the endorsement, Wiley appeared with Ocasio-Cortez outside of City Hall in Manhattan, where the attorney also served as counsel to Mayor Bill de Blasio from 2014 to 2016.

“If we don’t come together as a movement, we will get a New York City built by and for billionaires, and we need a city by and for working people,” Ms. Ocasio-Cortez said. “So we will vote for Maya No. 1.”

(New York City is using a ranked-choice system for the first time in a mayoral race; in addition to their first-choice candidate, voters can select additional candidates in descending order.)

For Ocasio-Cortez, who represents New York’s 14th Congressional district, anchored in the eastern section of the Bronx and parts of Queens, it’s a chance to prove her influence among liberal and younger voters in the city.

For Wiley, the thumbs-up could give her a lasting boost over her most direct rivals in the progressive lane, City Comptroller Scott Stringer and Dianne Morales, a former nonprofit executive.

Both Stringer and Morales have faltered in recent weeks over separate controversies.

Norton 360 Will Soon Allow Customers to Mine Ethereum