With President Trump and Democratic nominee Joe Biden locked in a tight race and results in a number of key battleground states still uncertain, rules governing vote recounts could play a key role in determining which candidate wins the White House.

For months, Trump has claimed that mail-in ballots are susceptible to fraud. The president questioned results in several key battleground states on Wednesday as vote tallies in Wisconsin, Michigan and other states began to trend in favor of Biden.

The Fox News Decision Desk projects a Biden victory in Wisconsin after Trump carried the state in 2016., but the Trump campaign has already signaled that it would pursue a recount in the state. 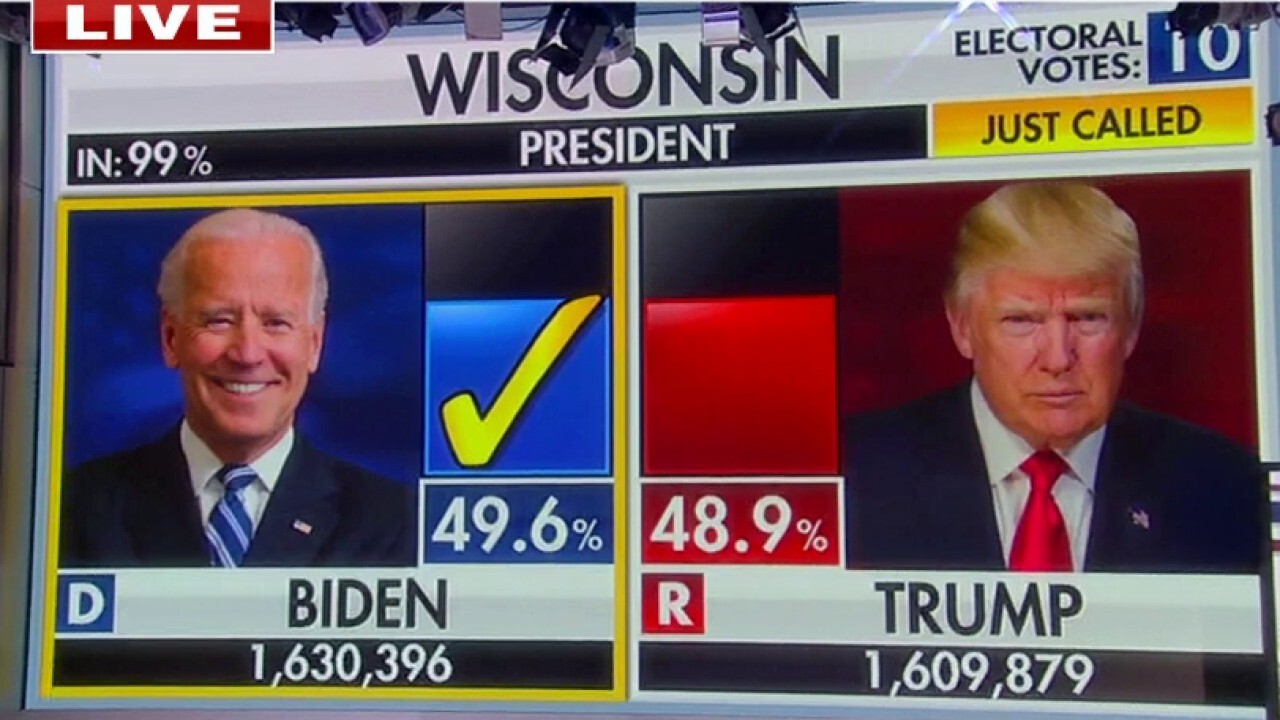 State and local elections officials conduct recounts to confirm the accuracy of initial counts and ensure no mistakes were made in assessing the results. Recounts can also occur to settle claims of fraud or other voting irregularities.

The 2000 presidential race between Republican George W. Bush and Democrat Al Gore culminated in an infamous recount in the state of Florida. After a projected legal battle, the U.S. Supreme Court ordered a halt to the recount, effectively handing the race to Bush.

Fox News breaks down the election circumstances that would trigger an automatic recount in the key remaining states below.

Alaska conducts an automatic recount if two candidates after the initial vote tabulation are tied. The state accepts requests for a recount from any campaign that suspects irregularities so long as the request is submitted within five days of the result.

Georgia does not have any guidelines that would trigger an automatic vote recount. A requested recount can occur if candidates are separated by a margin of 0.5% or less.

Michigan conducts an automatic recount if candidates are separated by a margin of 2,000 total votes or less. Requested recounts can occur if a campaign alleges fraud or counting errors, submits a petition within 48 hours and meets requirements to explain where and why the recount should take place.

“The candidate must be able to allege a good-faith belief that but for fraud or mistake, the candidate would have had a reasonable chance of winning the election,” state law says.

Nevada has no rules that would trigger an automatic recount. A candidate defeated in an initial vote count can request a recount if they deposit the estimated costs of that recount. The candidate is reimbursed if the recount flips the race’s outcome.

An automatic recount is triggered if officials detect an error during a random-sample review of initial voting results. Candidates can force a recount if the margin separating the race is within 10,000 votes or 0.5%, whichever figure is smaller.

An automatic recount occurs if the presidential race is separated by a margin of 0.5% or less, or if elections officials identify irregularities in the results.

Wisconsin does not have a provision that triggers an automatic recount in its election. In order to conduct a recount as requested by a candidate, the race must be separated by a margin of 1% or less.

Stocks rally on hopes of divided government. What it could mean for the market's next four years