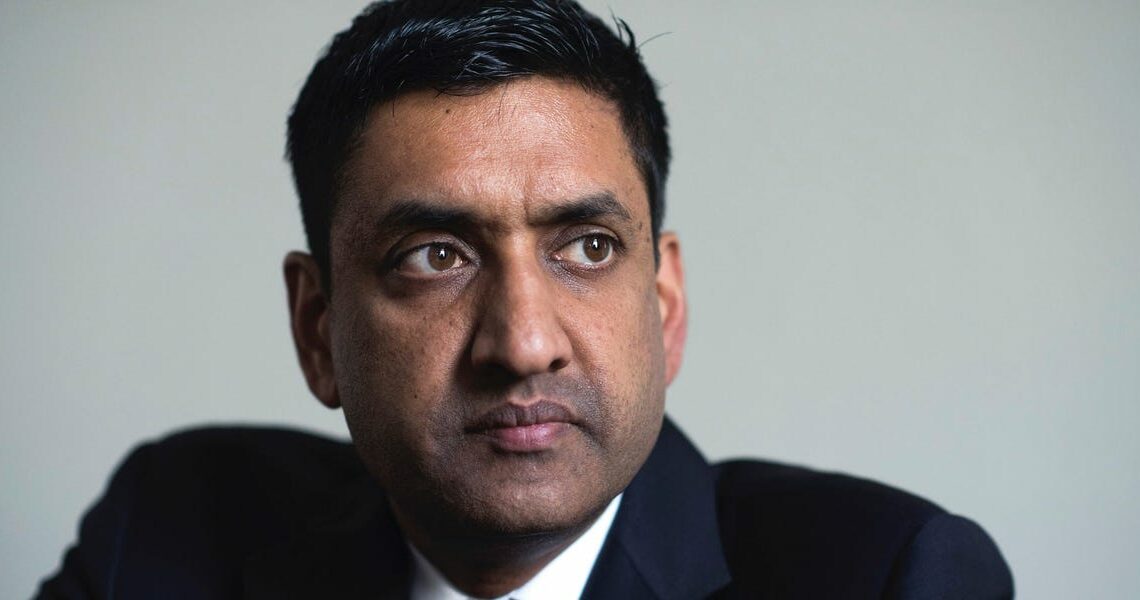 Democratic Rep. Ro Khanna of California emerged as one of the most prominent and progressive voices in Congress on foreign affairs during the Trump era, a role he’s poised to build on as President Joe Biden tries to restore America’s crumbling credibility with allies and challenge emboldened adversaries.

Khanna played a crucial part in putting US involvement in the Yemen conflict on Congress’ radar, working in conjunction with Sen. Bernie Sanders of Vermont, and his efforts have already paid off early on in the Biden administration.

Biden recently announced an end to US support for the Saudi-led coalition in Yemen, where a devastating war has fueled the world’s worst humanitarian crisis.

The California Democrat has also been outspoken on Iran. Amid fears that then-President Donald Trump was on the brink of sparking a war with Tehran, Khanna led the charge to block funding from the Pentagon for any military action against Iran without congressional approval.

A month into his presidency, Biden has already taken a drastically different approach to foreign affairs. After four years of threats and unilateral policymaking under Trump, Biden has sought to reassure allies that diplomacy will be the name of the game.

And with America’s international standing tarnished following the Capitol attack in January, Biden’s own secretary of state has conceded that the US government’s ability to champion democracy has been weakened. Biden’s career has in many ways been defined by his involvement in foreign policymaking, but he may find that the old way of doing things just doesn’t work anymore.

Editor’s Note: This interview has been edited for length and clarity.

INSIDER: As the new administration settles in, what are your biggest foreign policy concerns and what’s on your wishlist?

Khanna: First thing we have to focus on is ending the war in Yemen. The administration has taken constructive steps by announcing that we won’t be complicit in any offensive Saudi bombing or strike into Yemen. But there is more that needs to be done.

The facts on the ground haven’t changed. The bombing is continuing. The threat of famine is still there.

It’s a huge achievement that we are no longer complicit. But our complicity over the last five years makes us responsible for trying to actually get peace there, not just washing our hands of it. And so that’s a big part of it.

We need a thoughtful strategy on China, which doesn’t just default to a new Cold War paradigm that fuels anti-Asian xenophobia. We have to be tough on certain economic issues, but we also have to recognize that it’s going to take cooperation on climate change, on pandemics. How we strike that balance and how we continue to lead in critical technologies — that’s going to be a very important.

Q: As a progressive, how satisfied are you with Biden’s approach so far?

The reversal of a lot of the most egregious Trump policies has been welcome — rejoining the Paris Accords, stopping our complicity in the Yemen war, making sure that we’re not continuing to have a Muslim ban, having a review of all the sanctions, and that commitment to get back into the [Iran nuclear deal].

But we have to now see how the next year turns out.

Q: Biden has proposed holding a Summit for Democracy, but after the Capitol attack and Trump’s acquittal, does the US even have the standing to host it?

Khanna: Yes, we still are an extraordinary, liberal democracy.

But every nation faces challenges, and we have strong liberal, democratic institutions that have withstood the test of time, and that I believe can help us become a multiracial democracy.

Q: Following Biden’s massive decision to end US support the Saudi-led coalition in Yemen, what’s next for the US-Saudi relationship?

Their strategic value is not as high with our relative energy independence, and move towards pushing for renewable energy.

There’s going to be a large expectation that they reform.

Q: The US was the first to abandon the 2015 Iran nuclear deal (JCPOA), but the Biden administration says that Iran must now take the first move by stopping uranium enrichment. What’s the risk that this will backfire, perhaps spectacularly?

Khanna: My belief is, there were 102 kilograms of [enriched] uranium when Trump took office, there are now 2.5 tons of uranium. And if we do nothing, the default situation is benefiting Iran.

The maximum pressure campaign hasn’t worked, and I see no downside to saying, “OK we’re going to get back into the JCPOA. We’re going to suspend the sanctions. And then if Iran cheats, we’re going to snap them right back on.”

What harm is there? Whereas if we continue to play a game of chicken, the risk is that Iran develops even more nuclear weapons and goes nuclear in the next few years instead of by 2030-something — which is what the JCPOA was trying to push it out until.

Q: Would you support the Biden administration embracing a path where the US and Iran come back into compliance with the deal simultaneously?

Khanna: That strikes me as a reasonable way forward.

Q: Do you think that the US has leaned too heavily on sanctions in attempting to influence foreign crises, such as the recent Myanmar coup?

Khanna: Sanctions can be an important tool in the US foreign policy toolkit to hold repressive regimes accountable on human rights abuses short of using military force.

They must be narrowly crafted, however, to target the offending parties rather than hurt the civilians living in that country, who are often times supportive of the US and at no fault of their regime’s policies. Time and time again we’ve seen civilians bear the brunt of devastating and indiscriminate broad economic sanctions.

It’s welcome news that the Biden administration is conducting a review of the impacts of US sanctions.

Q: Are you concerned that much of Biden’s early foreign policy is designed to deflect GOP criticism, such as not moving more swiftly to return to the JCPOA or not immediately scrapping Trump era tariffs on China?

Khanna: We have to give them least six months to make some progress.

Now six months or a year from now, if things haven’t moved in a positive direction, then you’re going to have people speaking out.

But there’s definitely a sense among progressives that our new president deserves a chance to succeed and has taken some constructive steps.

Q: The US-Turkey relationship appears to be in deep trouble. How can the US reverse the growing rift?

Khanna: They’ve always been an important ally. We want to maintain that alliance, but have it grounded in human rights. We can’t abandon the relationship with Turkey. We have nuclear weapons there.

Q: In terms of foreign policy, is there any issue that’s not getting the attention it deserves?

Khanna: We have to think in a bigger picture of a multiracial America that we’re becoming.