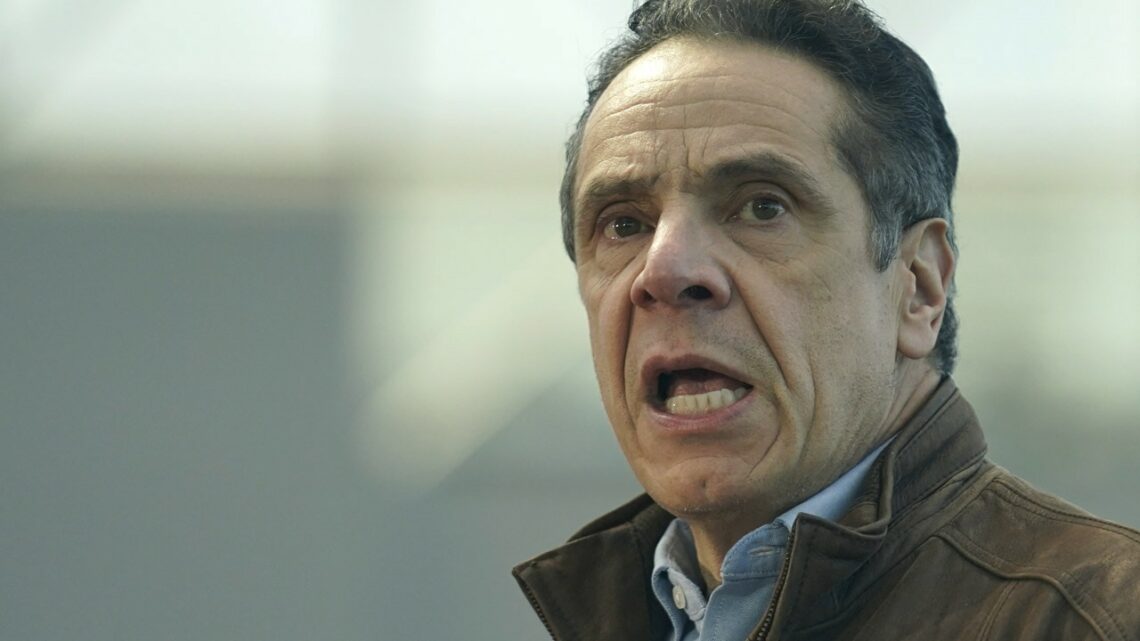 Protesters in New York City gathered Saturday at Washington Square to demand the resignation of Gov. Andrew Cuomo, while 40 blocks away others held a pro-Cuomo rally on Third Avenue.

A group of mostly women stood outside the governor’s Manhattan office, with signs saying “Gov. Cuomo saved our sanity he keeps us safe!” and “I stand with Cuomo always.”

Another sign declared: “Him too! Remember your husband/father/brother. Say yes to feminism. Say no to feminazism.”

The protest focused on ousting the governor and taxing the rich.

“When the governor should’ve been focused on leading us out of this pandemic, he was instead focused on covering up the deaths of 15,000 New Yorkers and smearing me and my reputation,” Boylan said.

Boylan, in a Medium post in February, accused the governor of making unwanted advances and inappropriate remarks, as well as kissing her on the lips without consent.

New York State Assemblyman Ron Kim, who has repeatedly sparred with the governor and said Cuomo threatened to ruin his career speaking out against his mishandling of the nursing home crisis, attended the protest.

The Democratic governor has found himself embroiled in dueling scandals after at least eight women have accused him of sexual misconduct or harassment, and others accuse him of being a bully and creating a toxic work environment.

At the same time, reports have come out that the governor and his inner circle pressured the state health department to undercount nursing home Covid-19 deaths by leaving out those who died in hospitals for political gain.

A number of New York Democrats, including Sens. Chuck Schumer and Kristen Gillibrand, and Rep. Alexandria Ocasio-Cortez, have called on the governor to step down.

State lawmakers have opened an impeachment investigation against him.

Cuomo has apologized to anyone who felt uncomfortable around him but denied ever touching anyone inappropriately. He has resisted calls to step down and urged the public to wait for the results of a probe by the state attorney general’s office.

Former longtime Rep. Charlie Rangel is one of the few powerful figures who seems to still have the governor’s back, telling the public to “back off until you got some facts” about the governor’s behavior.

March Madness: Winners and losers from the men’s NCAA tournament first round Saturday