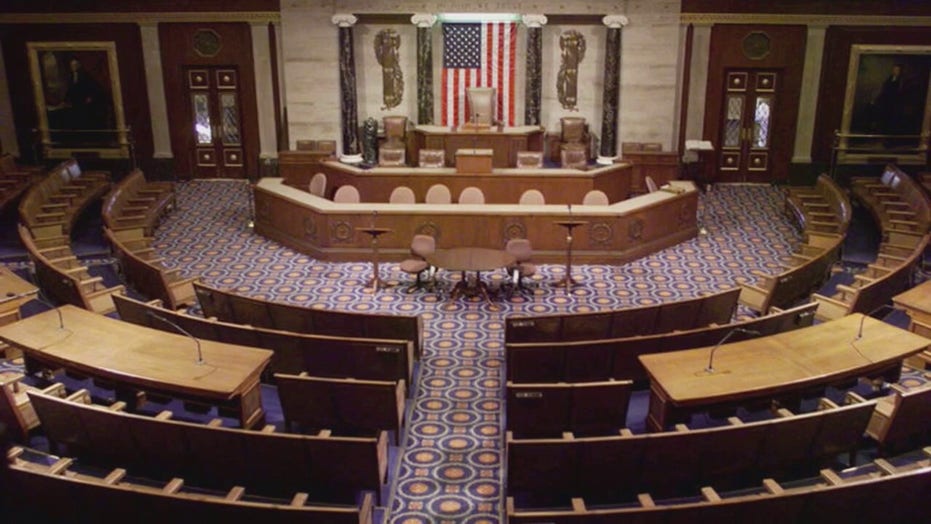 They say the commander-in-chief plays an influential role in popular culture – so maybe President Biden’s campaign-trail moniker wore off on some of those in the audience during his speech to a joint session of Congress Wednesday night.

Texas Sen. Ted Cruz appears to have been fighting the urge to doze off around the time Biden brought up the border crisis, roughly an hour into his speech, video shows.

Biden turned his attention to the influx of migrants at the southern border, arguing in support of his proposal to handling it when the camera cut to Cruz, who had his eyes closed.

They quickly opened up – but after blinking and glancing around the room, they shut once again.

The senator’s office did not immediately respond to a request for comment – but he responded to a tweeted video of his quick snooze with a single message: “#BoringButRadical.”

Apparently he woke up after that – tweeting praise for North Carolina Republican Sen. Tim Scott’s rebuttal of Biden’s address, which immediately followed the presidential speech.

“Well done, @SenatorTimScott on tonight’s Republican response,” Cruz wrote. “Tim outlined Republican values and leadership — a sharp contrast to Biden’s radical vision for our country that would turn the American Dream into an American nightmare.”

Biden has proposed an immigration reform bill which he urged Congress to pass to “fix” American migrant policy, and argued that the crisis should be addressed on the ground in Guatemala, Honduras and El Salvador to prevent migrants from coming to the U.S. to begin with.

BIDEN’S ADDRESS TO CONGRESS: EVERYTHING TO KNOW

He invited Republicans to offer counter proposals during his speech. But he offered little in the form of a stopgap measure or a short-term solution to the crisis.

And Vice President Kamala Harris, who is leading the administration’s effort to handle the influx of migrants at the border, hasn’t even visited it.

If none of those solutions work, he asked Congress to come up with its own bipartisan solutions, even if they addressed only little bits of the crisis at a time.

Republican attorneys general from border and non-border states have sued the president over his handling of the crisis so far, according to the Republican Attorneys General Association.

According to the Departments of Homeland Security and Health and Human Services, there were more than 1,000 unaccompanied minors in Customs and Border Protection custody and another 22,000 in HHS care as of Tuesday.