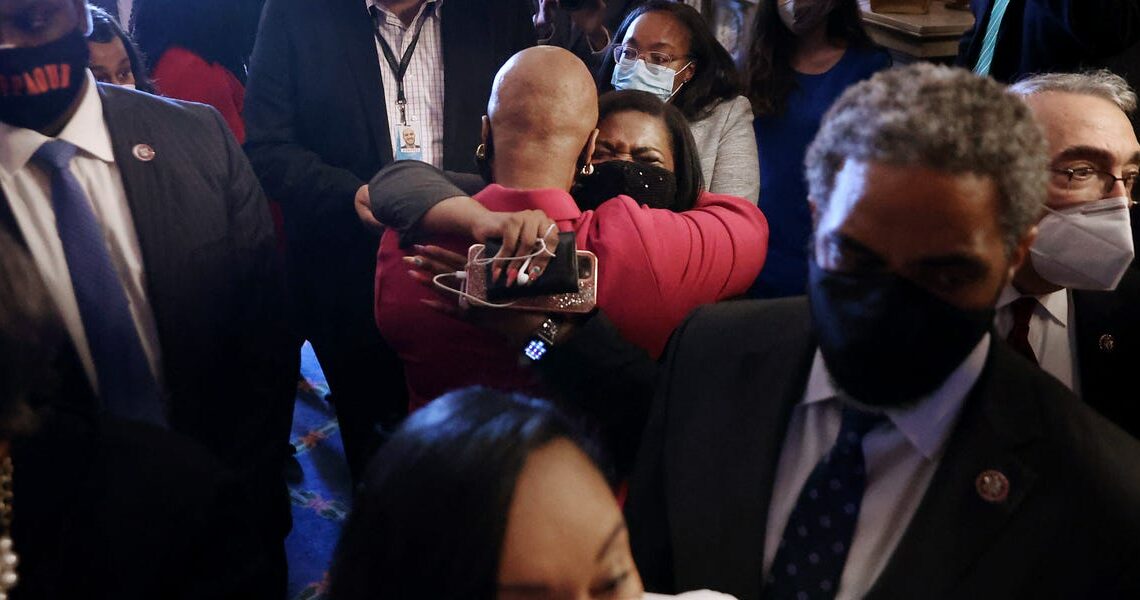 Rep. Cori Bush, a Democrat from Missouri and Black Lives Matter activist, could be seen crying as she embraced Rep. Ayanna Pressley. 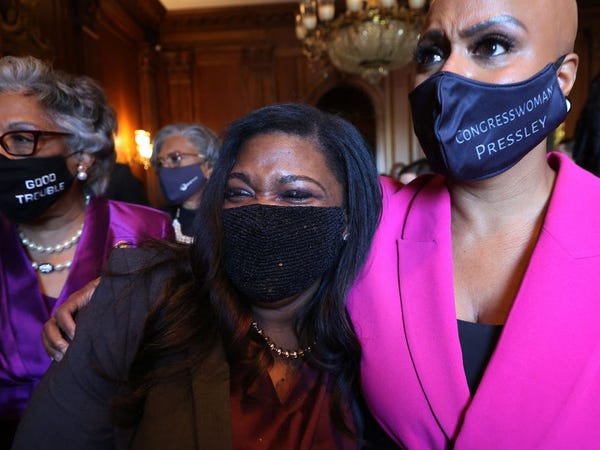 Bush, a freshman congresswoman and Missouri’s first Black Congresswoman, said in a statement following the verdict that Chauvin’s trial “has been nothing short of a traumatizing, painful and gut-wrenching reminder of how difficult it is to hold police accountable when they murder members of our community.”

“Over the last month, we’ve been retraumatized, over, and over again as we watched 8 minutes and 46 seconds become 9 minutes and 29 seconds,” she wrote in the statement.

“Listening to the verdict today, I wanted to be overjoyed. But the truth is we should not have to wait with bated breath to find out whether accountability will be served.”

"The moment we heard the verdict, we held each other," Bush wrote on Twitter with a video of her hugging Pressley, who is a member of the Congressional Black Caucus. "This feeling is not easy. But all of us will carry each other through this." 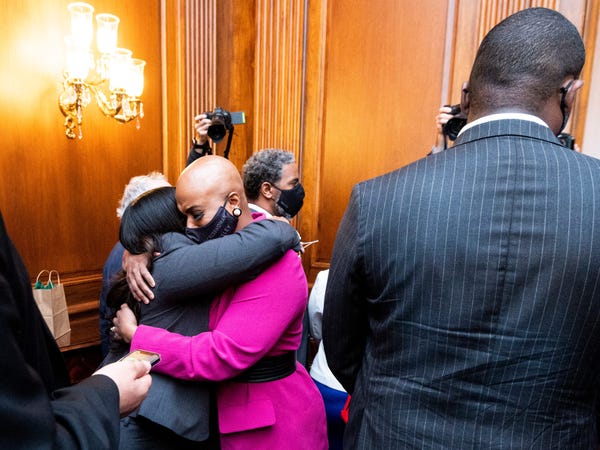 Pressley responded to Bush’s tweet, writing she was “so very grateful this justice seeker is my sister & colleague.”

“There was so much exchanged in this sisterly embrace,” Pressley tweeted. “History. Love. Trauma & Resolve. Our work is not done. We must contd fighting & legislating to save Black lives.”

In a tweet following the reading of Chauvin's guilty verdict, Pressley tweeted: "Black men, I love you, and you deserve to grow old." 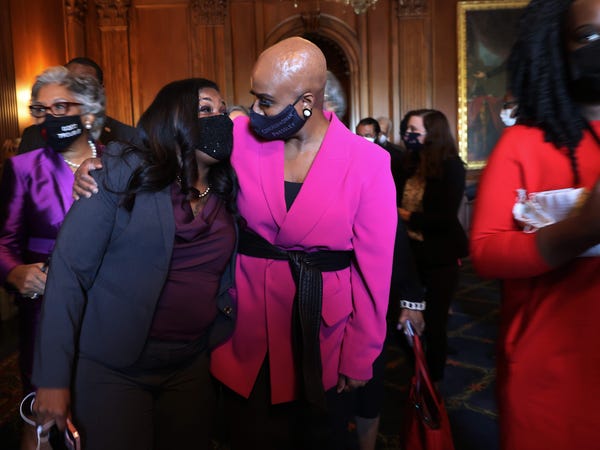 “Despite today’s guilty verdict, this system can never deliver true justice for George Floyd and his family,” Pressley said in a statement. “True justice would be George Floyd, alive today, at home with his fiancé, children, and siblings.”

“The truth is that we never expected justice from this trial,” she continued. “We demanded accountability. Today, a jury delivered accountability and Chauvin will face consequences for his actions.”

Los Angeles could offer thousands of poor residents $1,000 a month, 'no questions asked'