The house in Munith, Michigan, is now a focal point in an alleged plot by 13 men that included kidnapping the Democratic governor. Two of the men charged, Joseph Morrison, 26, aka “Boogaloo Bunyan,” and his father-in-law, Pete Musico, 42, both lived at the Munith house, which authorities say was used for “field training exercises.” Law enforcement authorities had been monitoring the Wolverine Watchmen since March.

But before the last week’s FBI raid, local cops were called to the house multiple times, by its occupants and by outsiders, for issues ranging from domestic disturbances to a stolen chicken coop.

In the most disturbing incident, which took place during the FBI investigation, a man called 911 on Aug. 11 to report that while out fishing, he heard a couple at the house yelling at each other. The caller reported seeing a woman come outside and repeatedly bash a car with a wooden board.

“We hear a baby screaming,” the caller said, “and then she was whopping the car with a 4×4 or a 2×4, hitting the guy’s car, and the baby screaming, kicking doors.”

The caller did not know why the two were fighting, though he speculated it had to do with the baby crying inside the house.

“They were screaming, saying bad words to each other, and she said, ‘You’re not going to do anything in front of my kid,’” the caller said. “My concern is the baby.”

Within two hours, the dispute appeared to escalate, and the feud prompted a neighbor to make a second emergency call. At the time of that call, several people had gathered outside the house while a woman screamed at them and threatened to shoot herself.

“There’s constant domestics going back and forth ― I really think someone needs to check on them,” the neighbor told 911.

The caller said the neighbors were “known to shoot AR15s.”

“I hear them all the time,” the caller said. “Make sure your officers know they do have weapons.”

It’s unclear what legal action was taken against anyone at the house: Police resolved the call as a welfare check. Several of HuffPost’s requests for public records related to these incidents remain pending. 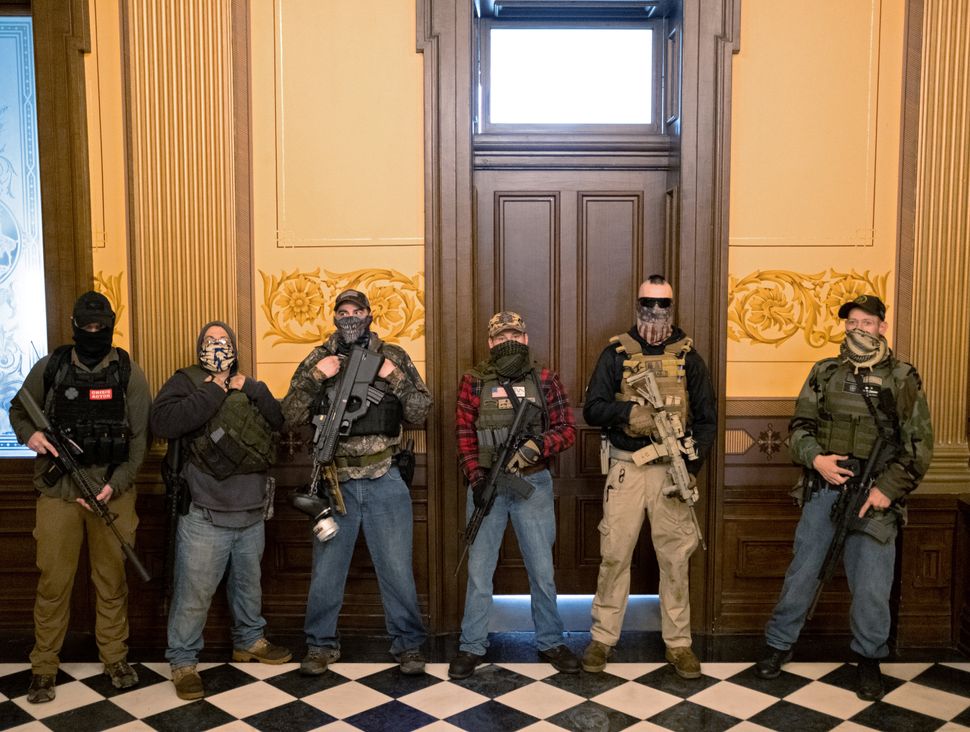 The Wolverine Watchmen, which was organized on Facebook and communicated through an encrypted messaging platform, was first brought to the FBI’s attention in March, when members of the Wolverine Watchmen “were attempting to obtain the addresses of local law-enforcement officers,” according to an FBI affidavit. Six of the defendants associated with the group now face federal kidnapping charges, while Morrison, Musico and four others face state terrorism charges.

A Michigan Department of State Police detective sergeant wrote that Morrison and Musico, by providing their residence for tactical training, “conspired with one another and others and in fact provided material support and resources in the furtherance of terrorist acts.” Bond for Morrison and Musico was set at $10 million each.

Soon after the group came onto the FBI’s radar, a member of the organization became an FBI informant over concerns about the Wolverine Watchmen’s “plans to target and kill police officers,” according to the FBI.

In spite of alleged animosity toward law enforcement, sometimes residents of the house ― including Musico’s wife, Crystal, and daughter Jada, who is married to Morrison ― felt the need to call the police themselves. On April 12, 2019, Morrison, who owns the house, called to report that his chicken coop had been stolen. And last May 25, Jada Morrison called emergency dispatchers to report that four youths had thrown trash into a nearby river.

HuffPost attempted to reach Jada Morrison by telephone without success.

The police response to that call indicates that police were aware the house was tied to the Wolverine Watchmen and of the ongoing FBI investigation. Before responding to the call, authorities alerted responding officers that at least two cars should be dispatched because the residents “self-recognize as being part of the Wolverine Watch Group” and “train weekly on Tactical Urban Assaults.”

“Typically 9-12 subjects train at the compound weekly,” the report says. “They own approximately 2 acres. They allegedly have C4 in their residence. It is been rumored their entrances may be booby-trapped as well.” 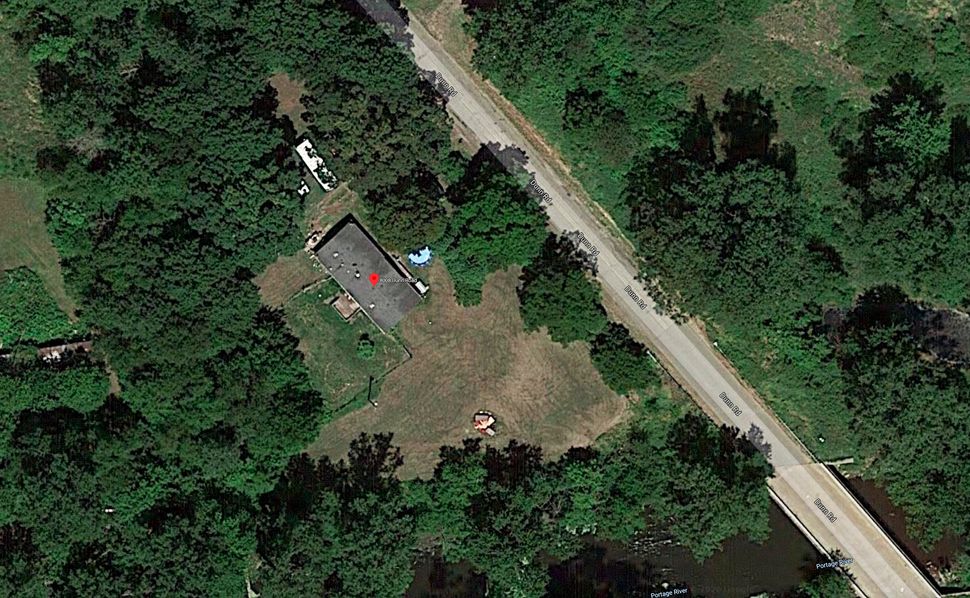 When police visited the house, authorities warned, members of the group would contact the others to prepare them. The group had trained to “flank” responding police officers, records say. All of them regularly openly carried firearms. The FBI was monitoring their social media because they had insinuated threats to the governor, emergency dispatch records say. And police had observed Morrison carrying an AR-15 at a rally this year in Lansing.

Local law enforcement also knew that Musico had a felony conviction and had changed his name from Phillip Westenberger. Michigan State Police records show a 1995 felony conviction for forgery, though dispatch records describe two nonviolent felonies on his record.

Police had a brush with Joseph and Jada Morrison at a traffic stop days before the Aug. 11 domestic disturbance calls. A police officer ran the tags for Morrison’s Ford F-250 on Aug. 6 and found it lacked insurance, then pulled the truck over. The officer briefly confiscated Morrison’s 9mm pistol, which was unloaded and in a case, but returned it after finding that Morrison had a clean criminal record and was not illegally concealing the weapon.

“It was an odd assortment of animals,” Sattler told HuffPost. “The list kept getting longer.”

State authorities took custody of all the animals, some of which were in poor health and appeared to lack food and water. Animal Control turned the squirrels over to a wildlife rehabilitation center, sent the poultry to farms and retained a ferret in poor health. An unidentified relative of Musico and Morrison took the other animals. Sattler said a welfare check was planned to make sure the animals were being cared for.

Information on anything else confiscated from the property was not made available.

After the Oct. 7 raid, the 911 dispatcher once again began receiving calls about the house.

“I have media out at my house,” Jada Morrison said on an Oct. 9 call to 911. “I’ve asked them to stay off my property. And I have this guy harassing my mom asking where the terrorists are and all this. I just need a car out there.”