Some restaurant and tavern owners in western Pennsylvania say they’re not happy with Democrat Gov. Tom Wolf’s orders limiting the number of patrons they can serve because of the coronavirus.

The disgruntled business owners in Allegheny County say they plan to fight back beginning Friday with what they’re calling a “Restaurant Revolution.”

Organizers are asking participating businesses to open their establishments to full capacity – instead of the 25% capacity ordered by the governor to help limit spread of the virus, Pittsburgh’s KDKA-TV reported.

The group said it would otherwise adhere to recommendations set out by the federal Centers for Disease Control and Prevention, such as six feet of social distancing between patrons, the station reported.

Organizers said they held talks with the governor’s office in Harrisburg for about a month – but claim the governor ignored a recent deadline for getting back to them with a decision, KDKA reported. 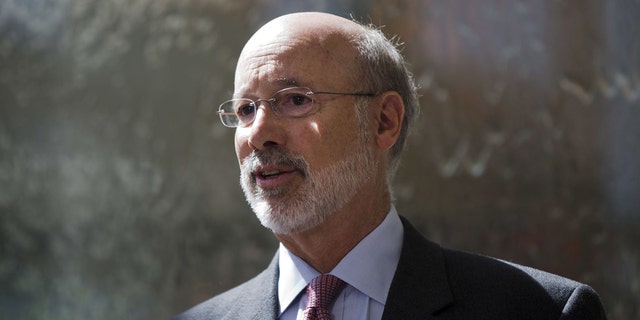 Last month, Wolf announced a series of tougher restrictions in a bid to contain the spread of the virus, after state health officials reported an "unsettling" climb in new infections.

“If we don’t act now, medical experts are projecting that this new surge in cases could soon eclipse the peak in April,” Wolf wrote on Twitter at the time. His new rules took effect July 16.

Several state Republicans voiced opposition to what one described as the governor's "countless, confusing orders."

This week, local elected officials and health experts in Allegheny County quickly spoke out against the restaurant owners’ planned action.

“The law is the law,” Allegheny County Executive Rich Fitzgerald told KDKA. “We can’t just have people breaking the law. The state has put these restrictions in place and we support their decision.”

He warned that the county’s COVID-19 task force would continue making inspections of restaurants and taverns and issue citations to violators.

Der. Debra Bogen, director of the county’s health department, pleaded with the business owners to rethink their plan.

“I would put out a plea: Please, please don’t do that,” she told KDKA. “It is a critical time with schools and all of our college students returning to town over the next few weeks. It is our time to focus on the return to education.”

On Aug. 6, more than 100 business owners rallied in the parking lot of a restaurant in Bethel Park, calling on Wolf to ease the restrictions, KDKA reported.

Across the state in Philadelphia and other parts of eastern Pennsylvania, restaurant owners said they too were frustrated by the governor’s rules but were trying to comply as best they could.

Meanwhile, Allegheny County health authorities ordered a Pittsburgh restaurant and nightclub called Seven to shut down for a week over allegations that it violated coronavirus rules, the Pittsburgh Tribune-Review reported.

The restaurant also allegedly denied entry to a county health inspector until the inspector received assistance from Pittsburgh police, the report said.

In addition to the weeklong shutdown, the restaurant was ordered to pay a $532 fine, according to the outlet.