Pelosi rips Trump for trying to 'scare' voters: 'Don't pay any attention to what the president is saying' 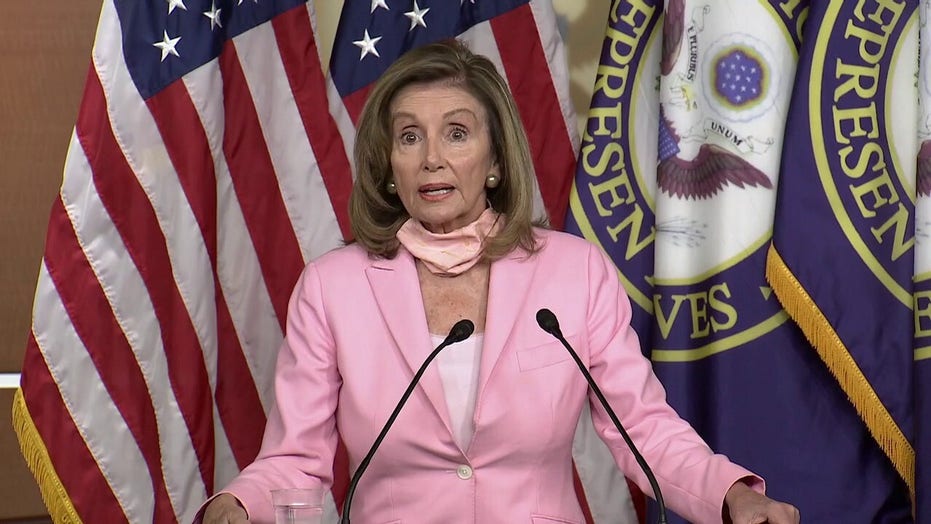 Pelosi: It’s very important to shine a light on the Postal Service

House Speaker Nancy Pelosi condemned President Trump's efforts to "suppress" the vote and "scare" people away from the polls in November and encouraged Americans to make a plan to vote.

"Don't pay any attention to what the president is saying because it is all designed to suppress the vote," Pelosi said at a rare Saturday news conference ahead of a vote on a U.S. Postal Service funding bill.

Pelosi and Democrats have accused Trump of trying to sabotage the November election by delaying the mail and peddling misinformation about mail-in voting.

"Why would he do that, except to scare people off?" Pelosi said.

"It's in their playbook that they'll have people intimidated to vote by having ICE agents … or other law enforcement there to instill fear in people as they show up," she said. "…It's scary but ignore that. It's a suppress-the-vote tactic."

Trump, who is opposed to widespread mail-in voting and has warned of potential fraud, told Fox News' Sean Hannity on Thursday that he's interested in having law enforcement at the polls to monitor the votes and avoid fraud.

Trump raised the possibility that states that are sending out widespread ballots because of the coronavirus pandemic could play political games.

"They may send them to all Democrat areas and not to Republican areas, as an example. It could be the other way, too, but I doubt it," Trump said.

Pelosi encouraged voters to disregard suppression tactics and get their ballots in early.

"Ignore them. Make a plan to vote," Pelosi said. "… Vote early so that we will have an outcome that is clear as close to election night as possible."

She added: "There may be some counting after the election, but I hope that our victory will be so big…that it will be so clear."

Mom gets insensitive eviction notice after falling behind on rent
Technology