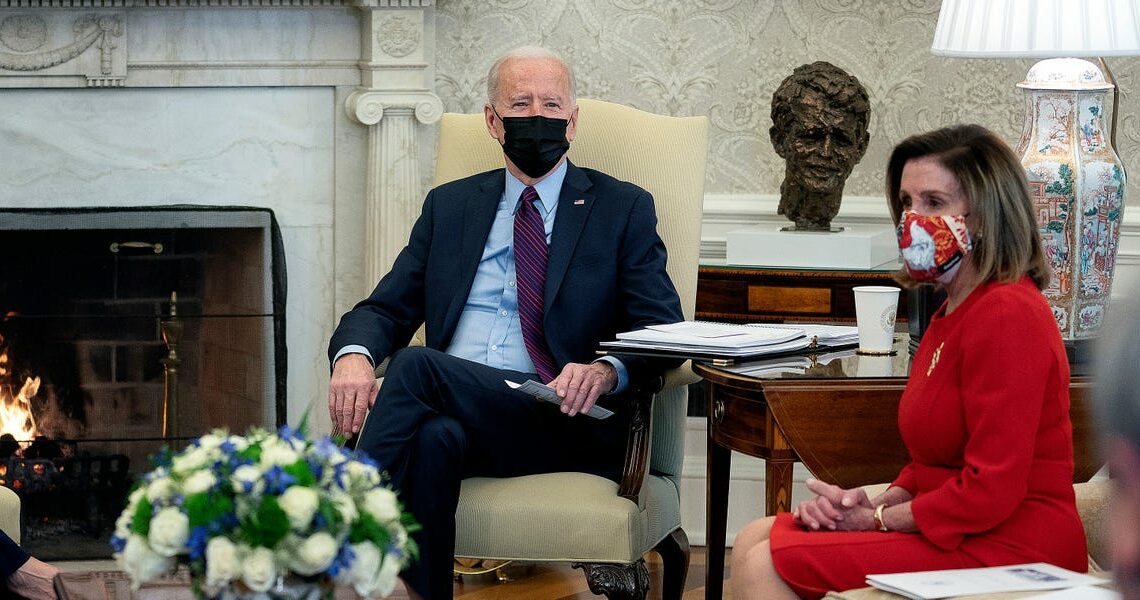 Pelosi is doubling down on passing the Biden stimulus package by early March. Here's the Democratic calendar for approving coronavirus relief.

Democrats are attempting to stick to a swift timeline for President Joe Biden’s $1.9 trillion rescue package, which they hope to have passed by early March to head off a lapse of federal benefits for unemployed Americans. But it’s one that leaves a very slim margin of error.

Speaker Nancy Pelosi doubled down on pushing the package through by early March before enhanced unemployment programs lapse. She said numerous House committees were “moving expeditiously” to finalize the legislative details for the Biden plan.

“They’re moving forth to crush the virus,” she said at her weekly press conference on Thursday.

Here’s the apparent Democratic calendar for coronavirus relief, based on statements from public officials:

Rep. Steny Hoyer told reporters recently that Democrats were aiming for a floor vote during the week of February 22. Democrats are trying to pass it ahead of March 14, the expiration date of federal unemployment programs.

But the timeline could get more complicated once the bill reaches the Senate. Democrats are using a legislative maneuver called reconciliation, and it has very strict guidelines. Using the procedure allows Democrats to ditch Republicans and pass the relief plan with a simple majority of 51 votes instead of the 60 typically needed to break a filibuster.

Any Democratic senator could object to any element of the relief legislation — and suddenly imperil its quick passage. In addition, any coronavirus infections within the Senate could also derail their plans.

The Biden proposal includes $1,400 stimulus checks, $400 federal unemployment benefits through September, a bigger child tax credit, and assistance to state and local governments among other provisions. It also includes a $15 minimum wage which would be phased in over five years.

The wage hike is likely to come under greater scrutiny in the coming weeks, and it has generated a rift between centrist Democrats and the rest of Senate Democrats. It is uncertain whether it will clear the stringent budgetary rules governing reconciliation. The Senate parliamentarian will determine if it can be included.

Read more: Biden’s stimulus plan is heightening Wall Street’s worries that inflation will upend the stock market. We spoke to 4 experts on what the raging debate means for investors, and how to take advantage of it.