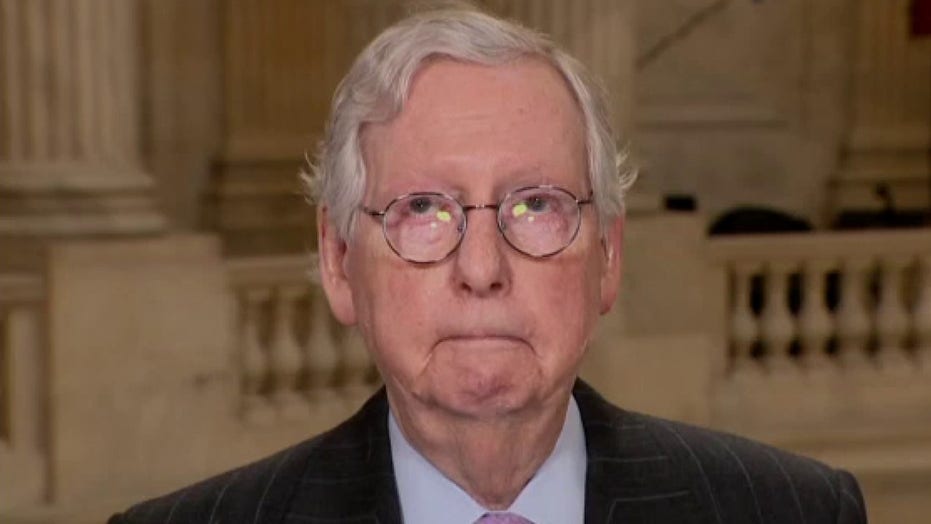 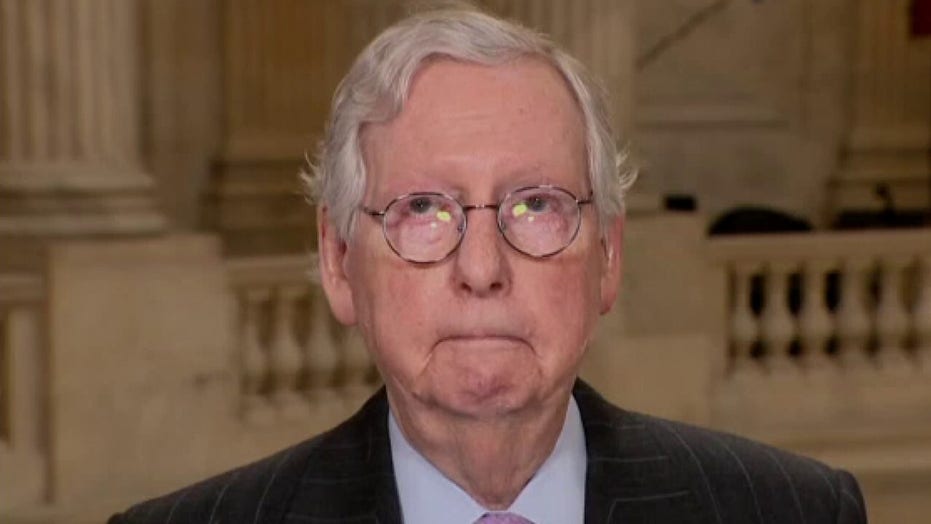 McConnell: The winds will be at our back for the midterms

Senate Minority Leader Mitch McConnell says majority of voters are unhappy with the Biden administration’s policies as GOP looks ahead to 2022 elections.

With one year to go until the 2022 midterm elections, and coming off a significant GOP election victory in Virginia and a surprisingly solid run in New Jersey last week, Republicans are very confident they’ll win back House and Senate majorities in next year’s showdowns.

“We’re going to take back the Senate, absolutely,” National Republican Senatorial Committee chair Sen. Rick Scott predicts. “We’re going to do unbelievably in 2022 because we have the right message.”

“What happened this week was historic,” the former Florida governor and current senator emphasized in a Fox News interview this past weekend.

Scott, who steers the Senate GOP’s reelection arm, was referring to major GOP victories last week in Virginia for governor, lieutenant governor, attorney general, and the flipping of the House of Delegates in a state now-President Biden carried by 10 points in last year’s election and where Republican candidates had not won statewide contests in a dozen years – and legislative pickups last week in the solidly blue state of New Jersey.

Virginia and New Jersey are the only two states to hold gubernatorial showdowns the year after a presidential election, guaranteeing they get outsized national attention. Both states have a tradition of electing governors from the party that was defeated for the White House the previous year. And both – especially Virginia -are seen as key barometers ahead of the ensuing year’s midterm elections.

Republicans point to 2009 – when convincing GOP victories for New Jersey and Virginia governor preceded the massive red wave in the 2010 – and predict that the 2021 wins are just an appetizer for even bigger victories in 2022, when the Democrats will be defending their razor thin majorities in both the House and Senate.

And looking ahead to next year, when Republicans need a net gain of just one seat in the 100-member chamber to win back the majority, Cruz emphasized that “the elections in Virginia, the elections in New Jersey, they’re foreshadowing what’s coming next year in 2022.”

Longtime Senate GOP leader Sen. Mitch McConnell, speaking to reporters in his home state of Kentucky on Monday – which is one year to the day until the 2022 midterms – said he thinks “the fall of ’22 is likely to be a very good election for Republicans… I think the wind is going to be at our back in both the House and Senate.”

Democrats currently hold their most fragile House majority in eight decades, and the GOP needs a net gain of five seats in the 435-member chamber to win back control.

The National Republican Congressional Committee (NRCC) – the day after the wins in Virginia and New Jersey – expanded its 57-member offensive target list of what it considers vulnerable House Democrats, adding 13 representatives, bringing the total to an ambitious 70 Democrats it will target ahead of next year’s midterms.

“In a cycle like this, no Democrat is safe,” NRCC Chairman Rep. Tom Emmer told Fox News.

And House GOP leader Rep. Kevin McCarthy argued that  “if you’re a Democrat and President Biden won your seat by 16 points, you’re in a competitive race next year. You are no longer safe.” 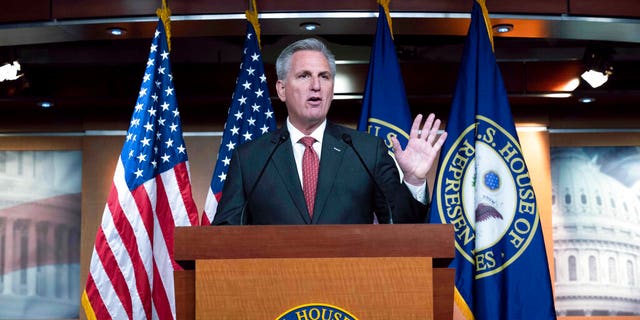 Controlling the White House and both houses of Congress, the Democrats already faced historical headwinds coming into the 2022 election cycle. On average, the party in power in the nation’s capital loses roughly 25 House seats in ensuing midterms. And Republicans have the upper hand over the Democrats in the on-going once-in-a-decade congressional redistricting process, thanks to their greater control of governors offices and state legislative chambers across the country.

Add to that the current political climate, which favors the GOP.

The president’s flagging approval ratings have dipped below 40% in three national polls released in recent days. Biden’s approval rating hovered in the low to mid 50s during his first six months in the White House. But the president’s numbers started sagging in August in the wake of Biden’s much-criticized handling of the turbulent U.S. exit from Afghanistan and following a surge in COVID-19 cases this summer due to the spread of the highly infectious delta variant as the nation continues to combat the worst pandemic to strike the globe in a century.

The drop in the president’s numbers were also fueled by the latest surge of migrants trying to cross into the U.S. along the southern border with Mexico, as well as a well-documented rise in consumer prices. Alarmingly, the deterioration in the president’s approval appears to be coming from independents and suburban voters – two groups that helped fuel the blue wave in the 2018 midterms and Biden’s defeat of then-President Donald Trump in the 2020 presidential election.

The presidential approval rating is a much watched indicator of how his party will perform in the upcoming midterms. So is the generic ballot question, where pollsters ask voters if they’d support an unnamed Democrat or Republican in the next House election in their congressional district. The GOP’s made gains in the latest generic ballot surveys.

“Democrats should be worried. It comes down to Biden,” Republican National Committee chair Ronna McDaniel told Fox News this past weekend.

President Joe Biden delivers remarks on the debt ceiling during an event in the State Dining Room of the White House, Monday, Oct. 4, 2021, in Washington.
(AP Photo/Evan Vucci)

“Election day 2021 wasn’t the outcome we wanted, but it wasn’t the same as what happened in the 2009 election as a precursor to 2010,” longtime Democratic consultant Jesse Ferguson told Fox News.

Ferguson, a campaign veteran who spent two cycles as a top official at the Democratic Congressional Campaign Committee (DCCC), noted that while there was a 23-point shift from then-President Barack Obama’s victory in Virginia in 2008 to the GOP gubernatorial victory the next year, there was only a 12-point shift from Biden’s win last year to last week’s victory by now-Republican Gov.-elect Glenn Youngkin. And in New Jersey, unlike in 2009, this time around the Democrats won, as incumbent Gov. Phil Murphy pulled out a razor thin victory.

“This time, our agenda is popular and voters are scared of the damage that would be done by putting Republicans back in power,” Ferguson argued.

Democratic National Committee deputy communications director Daniel Wessel, in a statement to Fox News, charged that “Republicans are going to have to answer to voters why they oppose lowering costs for families, cutting taxes for the middle class, creating millions of new good-paying jobs, and putting vaccines in arms.”

The president and the Democrats were boosted by the release Friday of a robust jobs report. And later that day the final passage of a massive infrastructure measure through the Democratic controlled House may also politically benefit the president and his party.

Wessel highlighted that “as the pandemic continues to recede and our economy recovers, we will make sure that every voter knows that it was President Biden and Democrats who delivered for them while Republicans did everything they could to stand in the way.”

BMW demolishes lamppost and smashes into a bollard in east London