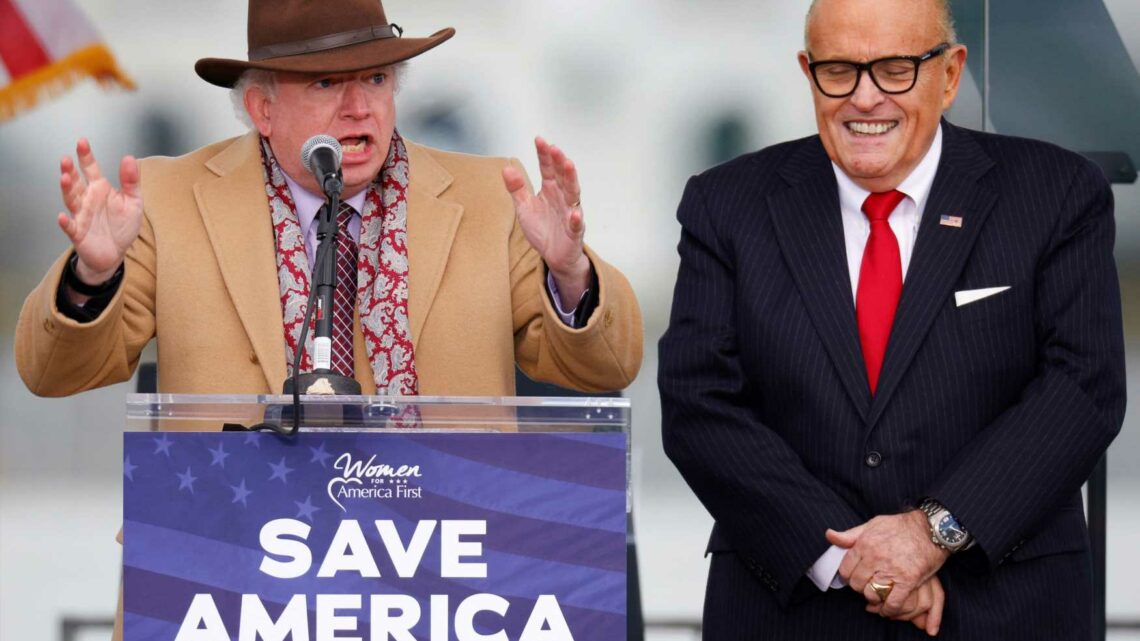 On Jan. 6 Trump's attorney reportedly told the Pence team its refusal to block the election certification caused the riot

During the Jan. 6 insurrection, a lawyer for President Donald Trump emailed a top aide of Vice President Mike Pence claiming that Pence had caused the violence by refusing to block the certification of the election, according to the Washington Post.

Trump's lawyer, John Eastman, continued to pressure Pence to overturn the election, even after Trump supporters stormed the Capitol.

Eastman had been trying to persuade Pence to not certify the election in order to allow state lawmakers to investigate Trump's unfounded claims that there was widespread election fraud.

In January, Pence's top aide, Greg Jacob, had drafted an opinion article about Trump's outside lawyers, which included these email exchanges, but he chose not to publish the piece. The Post was able to obtain the draft of the opinion article.

The emails showed the extent to which Eastman was trying to persuade Pence to block the certification of the election, which is greater than what has been previously reported, according to the Washington Post.

In two legal memos, Eastman had outlined how Republicans could deny Joe Biden the White House.

The House Select Committee investigating the events leading up to the Jan. 6 riot plans to subpoena Eastman as it investigates Trump's role in the insurrection.