Local authorities are bracing themselves for widespread food, fuel and medicine shortages, civil unrest and job losses in the event that the United Kingdom leaves the European Union without a deal at the end of October.

Well over half of 63 local authorities nationwide expect a shortage of basic necessities if the UK leaves the EU without a Brexit deal, according to Freedom of Information requests sent by the People’s Vote campaign.

According to the documents compiled by the campaign:

Read more:Leaked resolution reveals the EU Parliament is preparing to grant the UK another Brexit extension

Local authorities are also anticipating a serious economic hit if the UK leaves the EU without a deal, with 70% saying they expect to suffer from a loss in revenue, making it harder to deliver essential services.

However, this would take place at the same time as an increase in the number of families seeking these services, due to the impact of a no-deal Brexit on their finances, 54% of councils said.

Labour shortages were mentioned more than any other potential consequence. 83% of councils said they expected skills shortages — particularly in the health care industry — as a result of lower immigration from the EU.

Sutton Council said “for residential placements and for services indirectly delivered by Adult Social Care, the reliance on EU staff is considerable (for example, the most used 5 providers in Adults Services have an average of 33.5% employees that are EU citizens, which could potentially have a considerable impact).”

Other problems mentioned included road traffic and delays at ports as a result of new border checks, and British expats returning to the country and putting an extra strain on public services.

Members of Parliament last week passed a bill that would Prime Minister Boris Johnson to delay Brexit beyond the October 31 exit date if he fails to secure a deal after a crunch summit of European leaders on October 18.

However, while a no-deal Brexit on October 31 may be less likely, it is still the legal default. Johnson has also said “would rather be dead in a ditch” than ask the EU to delay the UK’s scheduled departure date from the EU.

Jacqui Smith, former Home Secretary and leading supporter of the People’s Vote campaign, said:”The concerns identified here are not hyperbole from politicians or exaggeration by journalists.”

“They are the sober assessment of public officials dedicated to the provision of key services from housing to traffic to social care to waste management. This is not ‘Project Fear’ so much as ‘Project Here’ because the impact on council services will negatively affect millions of people’s lives in countless different ways.”

Read more: ‘ The guns are back out again’: Northern Ireland fears a Brexit border will escalate violence

The government insisted preparations were being made for a no-deal exit.

“Local government is playing a vital role in preparing the country to be fully ready for Brexit on 31 October and, to date, we have allocated £77million to help with these preparations,” a spokesperson for the Ministry of Housing, Communities and Local Government told Business Insider.

“We have stepped up our planning significantly in recent weeks. We are in regular contact with the sector and every local council now has a designated a Brexit Lead Officer to work with us to help their local area get ready for Brexit.”

Businesses are in a state of ‘super confusion’ 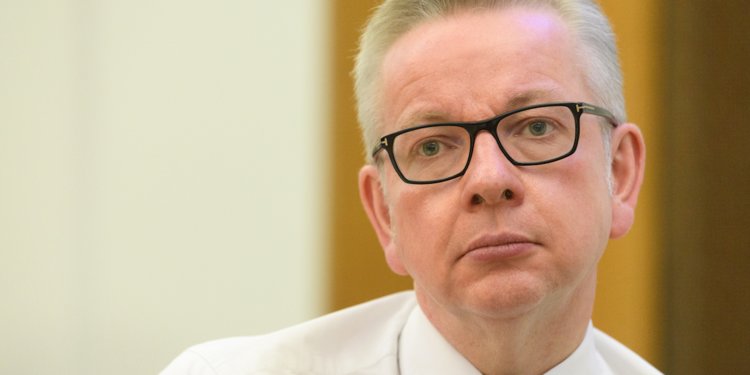 This latest batch of no-deal documentation comes in the same week thatthe UK government published its Yellowhammer report into the potential consequences of leaving the EU without a withdrawal deal.

The report — first leaked to The Sunday Times last month — included similar advice about shortages and delays, as well stark warnings about businesses collapsing and an escalation of violence in Northern Ireland.

One senior business figure who is in dialogue with government ministers about Brexit told Business Insider that the British business community was in a state of “super confusion” in response to recent chaos in Westminster.

They said that in a recent meeting with government officials, most of the time was spent talking about no-deal planning, despite the official business of the meeting being alternative arrangements for the Irish border.

Business figures have also said that while a no-deal exit on Halloween is less likely, many companies have already activated contingency measures, like the stockpiling of goods, which they cannot now unwind or be reimbursed for.

Our Brexit Insider Facebook group is the best place for up-to-date news and analysis about Britain’s departure from the EU, direct from Business Insider’s political reporters. Join here.

What Is Lisk? Introduction to LSK Token
Technology

Localcryptos Lets You Cash Out BTC P2P – Minus the KYC