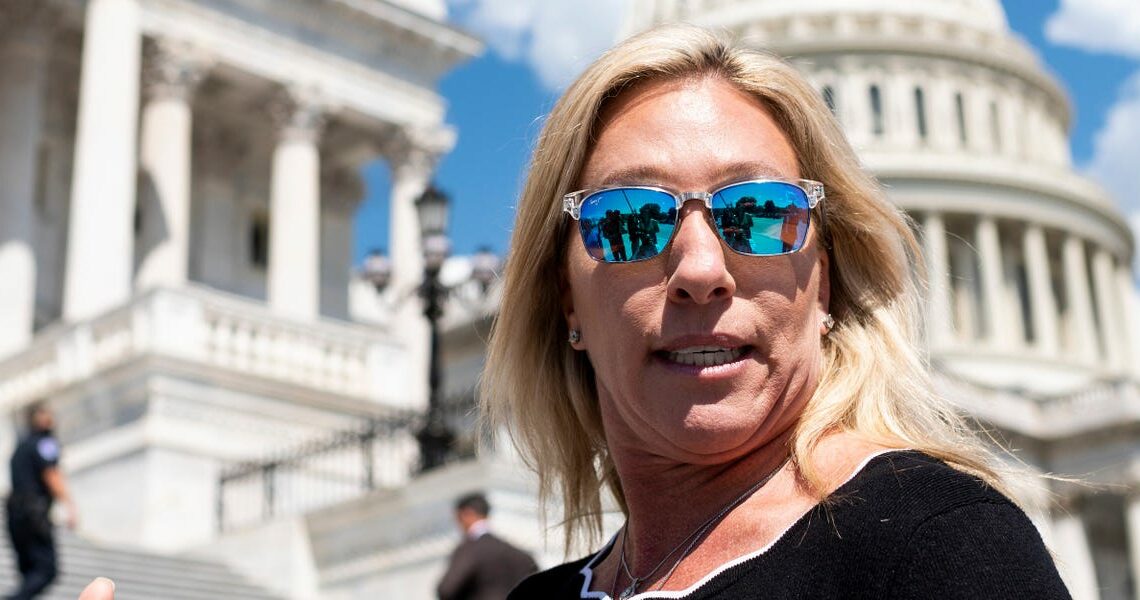 A newly-resurfaced video shows GOP Rep. Marjorie Taylor Greene saying she would defend statues of Hitler or “Satan himself” on the grounds of preserving history and its lessons.

Greene made the comments at a meeting of Dalton City Council, Georgia, last June days after she finished first in her GOP primary and was poised to win the race.

The city was debating the fate of a statue of the Confederate general Joseph Johnston following racial-justice protests and the murder of George Floyd, as WRCBTV reported at the time.

“Whether I see a statue that may be something that I would fully disagree with, like Adolf Hitler, maybe a statue of Satan himself, I would not want to say, ‘take it down,'” she told the committee.

“It’s so that I could tell my children and teach others about who these people are, what they did and what they may be about.”

She said that she wanted to be able to tell her children about “lessons in our country, whether they’re good, bad, embarrassing.”

The statue of Johnston was eventually relocated, WRCBTV reported. 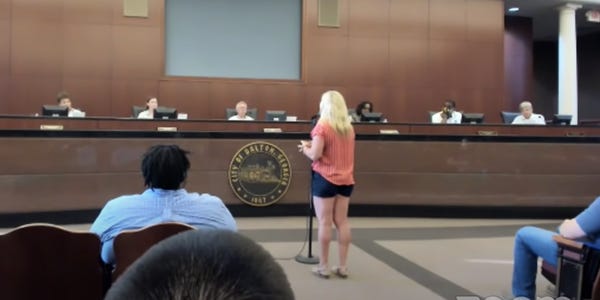 Greene did not immediately respond to Insider’s request for comment on the resurfaced video.

The renewed attention came after Greene compared COVID-19 protocols to the treatment of Jewish people in Nazi Germany, prompting condemnation from figures from GOP House leaders to the Auschwitz Museum.

Greene had been commenting on a Tennessee grocery store that is allowing employees to go without a mask if they wear a badge with a logo indicating they had been vaccinated. She tweeted in response: “Vaccinated employees get a vaccination logo just like the Nazi’s [sic] forced Jewish people to wear a gold star.”

She later doubled down on the observation, saying she only meant discrimination against Jews “in the early Nazi years” and not during the Holocaust.

Greene has frequently caused outrage since she was elected to Congress last year. In February, she was stripped of her committee assignments after it emerged that she had publicly endorsed political violence in the past.