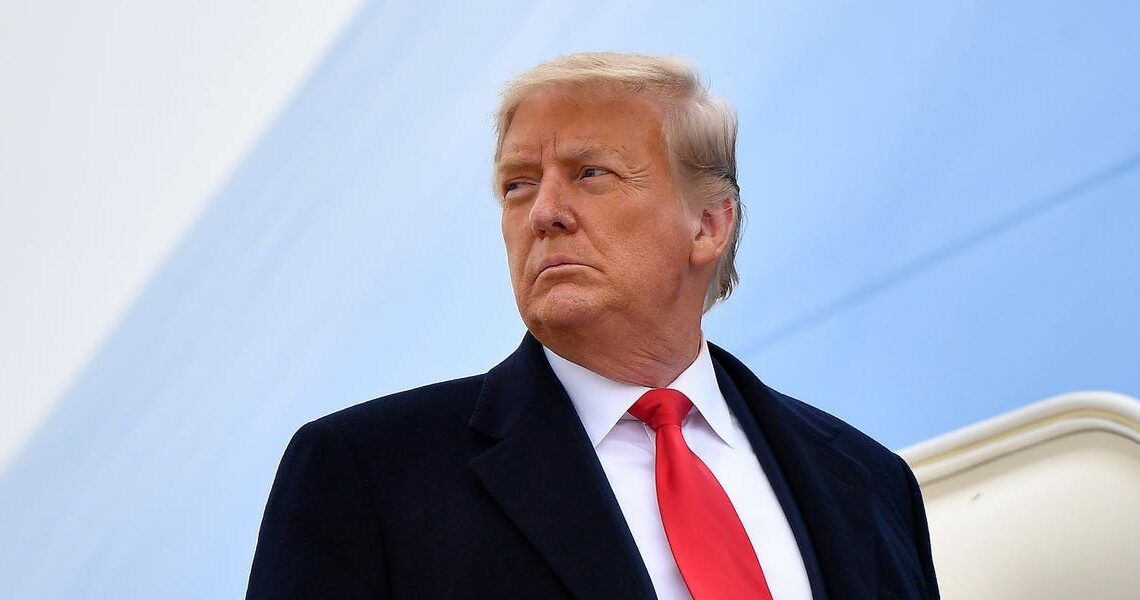 While many top Republican leaders have distanced themselves from former President Donald Trump, he still enjoys strong support from GOP voters, a new Politico and Morning Consult poll finds.

The poll, conducted from February 14-15 following his impeachment acquittal found that 59% of GOP voters think Trump should continue to “play a major role” in the GOP going forward, up 18 percentage points from 41% in a Morning Consult poll conducted immediately after the Capitol riots from January 6-7.

Read more: Liz Cheney has infuriated her party before and survived. This time she’s in for her biggest fight yet.

And while 2024 is a long way off, the share of voters who would support Trump in a hypothetical 2024 Republican presidential primary matchup is at 54%, bouncing back to pre-insurrection levels. In the January 6-7 poll, 42% of GOP voters supported Trump in a potential GOP primary.

The share of Republican voters who hold Trump somewhat responsible for the Capitol riots has significantly declined from 41% in the January 6-7 poll to 27% in the most recent survey.

The share of Republican voters who hold congressional Republicans responsible for the riots has also decreased from 34% on January 6-7 to 24% from February 14-15.

The proportions of GOP voters who hold the rioters, congressional Democrats, local law enforcement, and President Joe Biden somewhat responsible for the insurrection, however, have all increased since the January 6-7 poll.

Conspiracies about who was in the crowd of rioters also continue to persist, with the February 14-15 survey finding that 43% believe the insurrectionists were supporters of Trump, 29% think they’re opponents of Trump, and 27% unsure.

The conviction vote, 57 to 43, fell ten votes short of the two-thirds majority required to find Trump guilty. But with Trump’s standing improving among the GOP base, many of the Republicans who voted to convict are facing censures and GOP backlash in their home states.

Two of them, Sen. Bill Cassidy of Louisiana and Sen. Richard Burr of North Carolina, have already been censured by the Republican Party organizations in their states since the conviction vote on February 13.