US faces government shutdown amid stalemate in Congress over coronavirus relief

Treasury Secretary Steven Mnuchin and Speaker Nancy Pelosi have “an informal agreement” to keep a stopgap government-wide funding bill at the end of September free of controversy or conflict.

A source familiar with the talks said the White House envoy and the Democratic leader haven't agreed to a bill or to legislative text, but they both want to avoid a government shutdown in the middle of a pandemic and an economic cataclysm.

"They agreed it should be clean as they both want to keep the government open," the source told Fox News.

Government funding runs out a month before the presidential election on Sept. 30, which means if Congress and the White House can't agree on legislation another shutdown is around the corner.

President Trump insisted at the end of 2018 he wanted more funding to build a wall with Mexico, sparking a historic 35-day government shutdown.

A senior Trump administration official also said both sides are working toward a "clean" continuing resolution that would keep spending levels the same, but they have not agreed on the details. 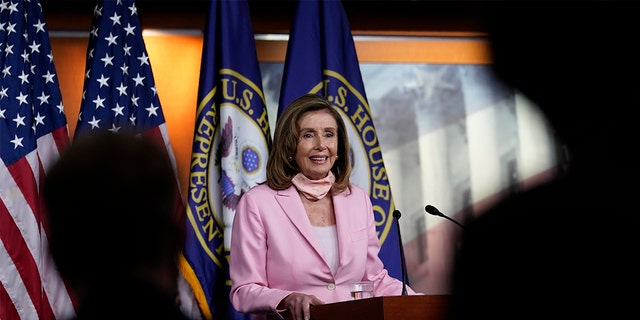 "There is no agreement yet, but there have been discussions between the parties that a clean [continuing resolution] that extends the current funding levels would be in the best interests of the country," the official told Fox News.

Even if both sides aspire to avoid drama, there are many hurdles ahead for Democrats and Republicans as they return to Washington after the August recess, especially as lawmakers are also eyeing another coronavirus relief bill.

There's been talk of possibly latching some coronavirus aid to the spending bill as a way to deliver some relief to struggling Americans. But any potential additions could muddy the legislation's passage, as lawmakers disagree on priorities for COVID-19 relief.

It's also unclear how long an interim spending bill would last.

Democrats have pushed to fund the government through early next year, and into what they hope is a Biden Administration. Republicans, unsure of the election results, prefer a shorter bill, which would run through mid-December.

Trump claims coronavirus vaccine could be delivered next month
Technology