Michael Goodwin: Americans agree, Trump has made things better, so where's the momentum? 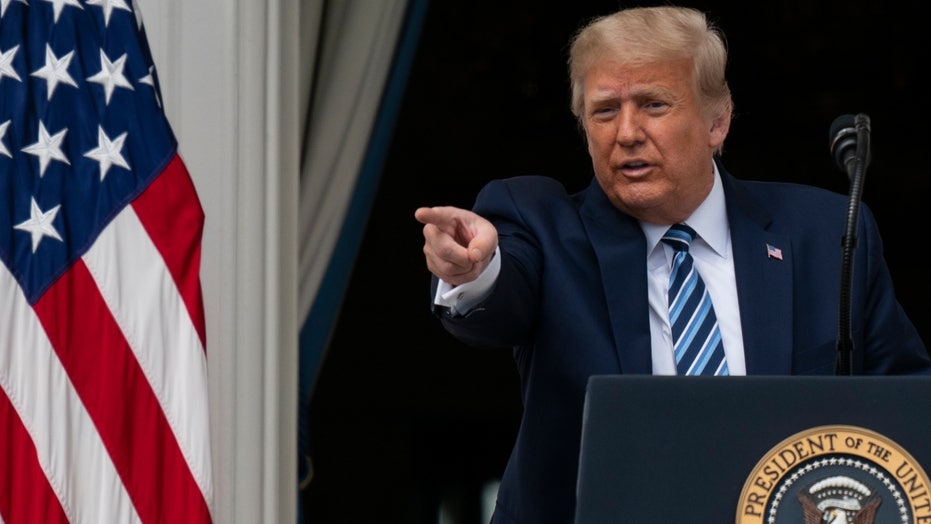 Trump headed back to campaign trail, tests negative for coronavirus

It’s a number that would make any incumbent jump for joy: 56 percent of registered voters tell Gallup they are better off than they were four years ago, while only 32 percent said they are worse off.

President Trump hailed the finding, which is remarkable considering it came while the coronavirus is still claiming casualties and the economy remains restricted.

Moreover, the 56 percent result is better than what George W. Bush and Barack Obama got in their first terms.

Both won re-election, so Trump is clobbering Joe Biden, right? Oops, the president’s trailing by nearly 10 points nationally and by single digits in most swing-state polls.

First, some history on the public-satisfaction question. Forty years ago, Ronald Reagan used his closing statement in his only debate with incumbent Jimmy Carter to ask, “Are you better off?” to the 80 million people watching at home.

It was a brilliant move because, while the polls were close, the media and Carter were working overtime to paint Reagan as a cowboy nut job who would turn back civil rights, block women’s progress and cause a nuclear war. The question put the focus on Carter’s dismal first term.

Ever since, the “better off” question has been a yardstick for measuring an incumbent’s likely fate. Foolishly, Obama asked the question himself before the 2014 midterms, not long after a poll found that 59 percent of respondents effectively said they were worse off.

They showed they meant it on Election Day, with the GOP adding to its House majority and picking up a whopping nine Senate seats to take control.

Given that pattern, it’s significant that Trump is not getting the political benefit of the broad satisfaction Gallup found. My conclusion is that Biden and the media have succeeded in making the campaign a referendum on Trump, especially his personality and handling of the coronavirus, while the president and his team have failed to make the election a choice between his policies and Biden’s.

The difference is enormous. A referendum on Trump becomes an up-or-down vote on him, which puts a heavy focus on his personal quirks and conduct more than his policies. Many polls, including some conducted for Republicans, found significant numbers of potential swing voters don’t like the president’s tweetstorms and his endless brawling, much of which they believe has nothing to do with their welfare.

That was true of surveys conducted for some GOP Senate incumbents in swing states, which showed the president less popular than the incumbents in those states.

That, in a nutshell, explains how people can say they are better off under Trump yet still say they are supporting Biden.

One theory of the race is that it’s a base election, meaning each side doesn’t really have to court new voters as much as energize core supporters.

That could be correct, but it’s hard to see how Trump can energize his base more than he already has. If so, victory will come only if he can do what Reagan did and get the spotlight off himself and shine it on what a Dem triumph would mean to voters’ lives and livelihoods.

Debates offer the best opportunity for doing that, but Trump’s repeated interruptions in the first one stole the show, to his detriment, and the second debate has been canceled. Thus, the president must find another way to get voters to pay attention to his opponents’ agenda. Simply calling it “radical” and “socialist” isn’t working.

A friend suggested Trump stage a mock debate, where he talks to an empty chair, as Clint Eastwood did at the 2012 GOP convention, with the chair representing Barack Obama. That’s probably a stunt too far, but the point is that Trump must change the dynamics.

He doesn’t lack for ammunition. The Dems’ ducking of key questions reached a new low Friday when Biden, asked by a Las Vegas reporter if voters “deserve to know” if he favors packing the Supreme Court, answered, “No, they don’t deserve to,” then tried to switch the focus back to Trump.

Similarly, he and Harris have given conflicting or unclear answers about whether they support a ban on fracking and the Green New Deal and their plan to hike taxes on high earners and corporations. The lack of clarity is often intentional, proving they don’t want voters to know what a Biden-Harris administration would do.

Those gaps should make it possible for the president to draw compelling contrasts between his policies, which produced that broad satisfaction Gallup found, and the foggy, far-left nostrums Biden and Harris are selling, many of which are widely unpopular.

If he succeeds, the president will be giving himself the best possible chance to win. Of course, a key ingredient is that he not create competing storylines that overshadow the policy contrast he is trying to promote.

This column originally appeared in the New York Post.