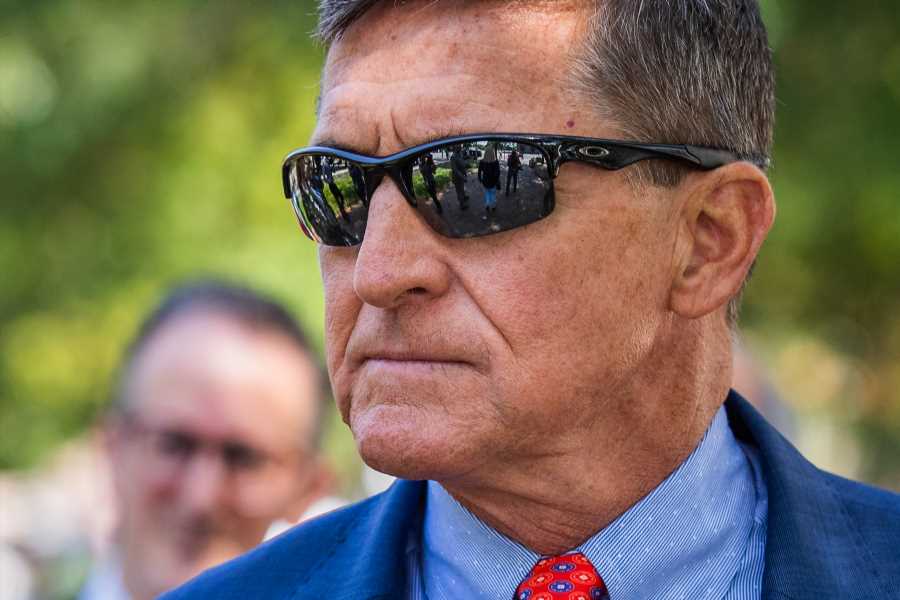 Another day, another revelation of an attempt to subvert American democracy.

Michael Flynn, the conspiracy theorizing former Trump national security adviser, and Sydney Powell, the conspiracy theorizing former Trump attorney, made a pair of unhinged pleas to the Department of Defense in search of help overturning the 2020 election results. The efforts were reported in Betrayal, the new book from Jonathan Karl chronicling the last gasps of the Trump administration.

According to the book, after the election, Flynn placed a call to Ezra Cohen, a senior intelligence official who had previously worked under Flynn. Cohen was traveling in the Middle East at the time, but Flynn urged him to get back to the United States because, as Karl writes, there was going to be an “epic showdown” over the election results. Flynn told Cohen that “he needed to get orders signed, that ballots needed to be seized, and that extraordinary measures needed to be taken to stop Democrats from stealing the election.” (To be clear, this is projection on Flynn’s part: The actions he urged Cohen to take would be an effort to steal an election. There’s no evidence of widespread voter fraud.)

Karl writes that Flynn sounded “manic” on the call. When Cohen informed Flynn that the election was over and he needed to get over it, Flynn lashed out at him for being a “quitter.”

The former national security adviser has spent the ensuing year trading in trading in extremist, anti-democratic circles while continuing to push the idea that the 2020 election was stolen from Trump. He was subpoenaed last week by the House committee investigating the events of Jan. 6 last week, with the committee noting that Flynn reportedly attended an Oval Office meeting “during which participants discussed seizing voting machines, declaring a national emergency, invoking certain national security emergency powers, and continuing to spread the false message that the November 2020 election had been tainted by widespread fraud.”

Flynn and Cohen haven’t spoken since the call, but the conversation wasn’t the last frantic, election-related appeal Cohen would hear. Powell called him soon after to inform him that then-CIA Director Gina Haspel had been taken into custody in Germany following a secret operation to seize and destroy an election-related computer server containing proof that “hundreds of thousands, maybe millions” of votes had been switched. Cohen, Powell insisted, needed to launch a special operations mission to obtain the server, get Haspel out of custody and force her to confess to trying to destroy evidence of election fraud. It bears repeating that Powell was part of the “elite strike force” of lawyers Trump tapped to prove the election he lost handily was rigged against him, and that despite countless lawsuits, investigations, and audits, no evidence of significant fraud has emerged.

There also, of course, wasn’t a shred of truth to Powell’s story about Haspel’s secret mission to Germany. Cohen thought she had lost her mind and reported the call to the acting defense secretary.